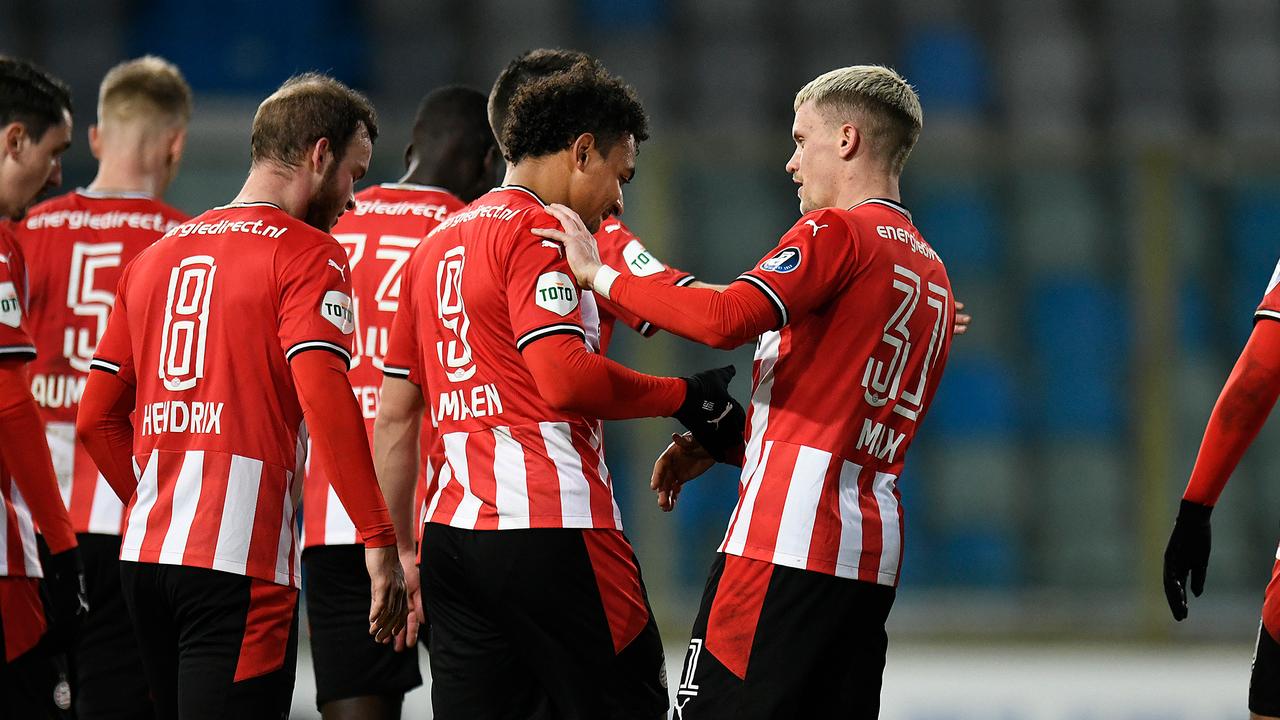 PSV qualified for the eighth finals of the TOTO KNVB Cup on Wednesday with some difficulty. The people of Eindhoven were too strong for De Graafschap in Doetinchem, partly due to a beautiful goal by Donyell Malen.

Malen took care of the second Eindhoven goal five minutes before the end by shooting the ball hard over keeper Rody de Boer from about 30 meters into the intersection. Philipp Max had scored the opening goal ten minutes after the break from the penalty spot.

De Graafschap came back to 1-2 in injury time, after Milan Hilderink punished PSV keeper Lars Unnerstall’s scraps. However, PSV did not let it go further than that.

Trainer Roger Schmidt decided, among others, to give keeper Yvon Mvogo and midfielder Pablo Rosario a rest, allowing Unnerstall and Jorrit Hendrix to start the duel. Rosario came in at half time, but had to drop out injured twenty minutes later. Captain Denzel Dumfries was also at the kick-off and played his 100th official match for PSV.

PSV joins the last sixteen in the cup tournament with the victory, just like VVV-Venlo, which won 1-4 earlier in the day against Almere City. Feyenoord and AZ, among others, were released and therefore already certain of a place. Later in the evening, Ajax and FC Utrecht will compete for a place in the next round, while the last eight-finalists will be announced at Willem II-Vitesse and SC Cambuur-Go Ahead Eagles on Thursday. 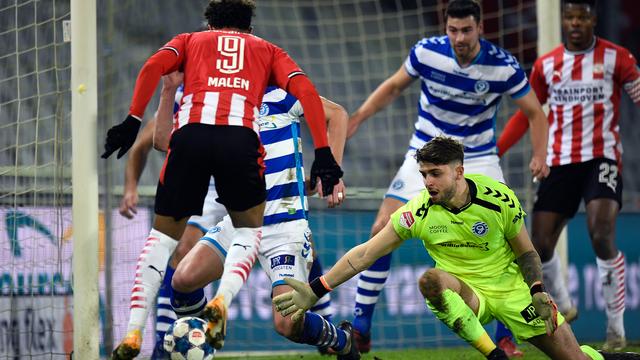 Donyell Malen does not get the ball in the whack past the defense of De Graafschap. (Photo: Pro Shots)

Many missed opportunities in the first half

Despite the strong starting line-up, PSV was frightened after six minutes, when Toine van Huizen appeared in front of the goal and just headed over. On the other hand, Timo Baumgartl also had the opening goal on his head, but he nodded just in front of a cross from Malen.

After half an hour, Van Huizen turned up dangerously again in front of the PSV goal and he slid a free kick beautifully over Unnerstall in the far corner. The arbitration, however, rejected the hit due to offside.

With half-time in sight, PSV had plenty of opportunities to open the score in a short time. However, several Eindhoven players did not get the ball in during a scrimmage, Ibrahim Sangaré shot hard at De Boer’s fists from close range and Dumfries headed just wide. Because a lob van Malen also failed, the ‘Superboeren’ got the rest without damage. Philipp Max celebrates his utilized penalty against De Graafschap, which turned out to be the winning goal. (Photo: Pro Shots)

PSV take the lead via penalty

PSV took the lead in the second half thanks to a striking penalty from Max. The left back was allowed to dock from 11 meters in the 56th minute, after Dumfries willingly went to the ground after light contact with Ted van de Pavert.

Forced by the backlog, De Graafschap had to get out of his shell a bit more. Ralf Seuntjens tested Unnerstall with two shots from distance, but otherwise the team of coach Mike Snoei could not do much. A setback for PSV was the withdrawal of Rosario, twenty minutes after he had relieved Sangaré.

PSV nevertheless remained upright defensively, but lacked the precision to become even more dangerous offensively. The great goal of Malen, who hit with an unadulterated cannonball five minutes before the end, therefore came out of the blue and seemed to decide the match. Due to Hilderink’s late goal, De Graafschap could still hope, but PSV pulled the victory over the line.

View the program and the results in the TOTO KNVB Cup