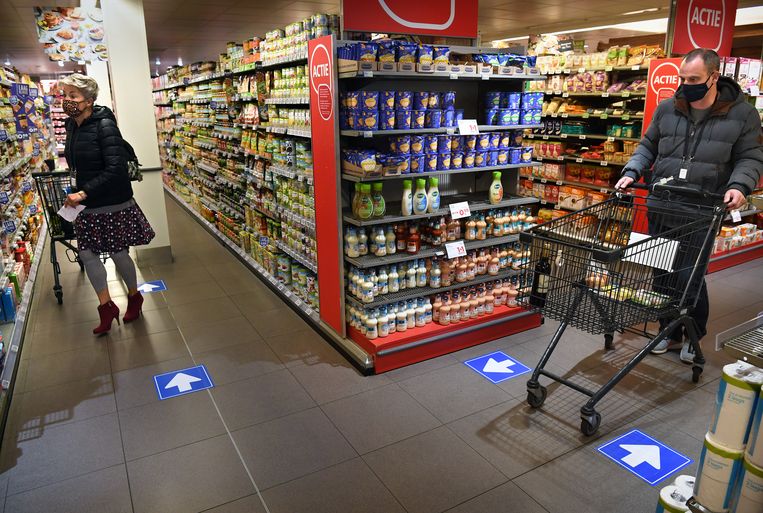 Once the genie is out of the bottle, it won’t be easy to put back. And that certainly applies to the inflation specter. It is increasingly questioned that current inflation is only temporary. In addition to energy – petrol, gas and electricity – food is also rapidly becoming more expensive. And that is the most important primary need of life.

According to the inflation figure released by Statistics Netherlands on Tuesday, the annual price increase in December will amount to 5.7 percent. That is the largest price increase in 40 years. Energy is the biggest culprit. It became 75 percent more expensive in one year. But a basket of foodstuffs in the supermarket also cost 2.6 percent more at the end of December than one year previously. Fruit, vegetables, butter and meat were especially more expensive. In November, food prices rose on an annual basis by only 1.1 percent.

Until now, it was thought – particularly at the European Central Bank (ECB), which monitors price stability – that inflation would fall quickly. Energy prices would automatically fall again if countries were to use the higher prices for oil and gas to produce more, for example by further developing the shale fields.

In addition, the rising prices – for example for computer chips – were mainly related to problems in global logistics. As a result of lockdowns, supply lines have been disrupted, container prices have exploded and factories are without raw materials and semi-finished products. As soon as the pandemic subsided, it would resolve itself.

But both phenomena now seem to be able to become structural. In the context of sustainability (less CO2 and nitrogen emissions), energy prices will have to continue to rise, just like those of agricultural products. The pandemic and the associated lockdowns also seem to be taking on a much more permanent character. More and more scientists, such as the new Minister of Health Ernst Kuipers, are convinced that corona will not go away.

In addition to temporary energy shortages and problems due to the lockdown, other factors also play a role in the price increases. This is how political tensions are growing worldwide – those between Russia and China and the West. And for the prices of many products from Russia (gas) and China (chips, parts, rare materials), this can have structural consequences.

Food is not only becoming more expensive due to problems in logistics, but also due to crop failures due to climate change (drought, forest fires) and animal diseases such as swine fever and bird flu. According to the UN Food and Agriculture Organization (FAO), food prices have risen by about 40 percent in the past decade.

But there are more and more doubts. ECB executive Isabel Schnabel acknowledged last week that there is “significant uncertainty” about these predictions. “In an environment of large savings surpluses and long-term disruptions to the energy supply, the energy transition could lead to inflation remaining high for longer,” Schnabel warned.

At Eurostat, Dutch inflation was 6.4 percent, almost 0.7 percentage point higher than the figure from Statistics Netherlands. The reason is that Eurostat does not take housing costs into account. These account for 16 percent in the inflation figure of Statistics Netherlands. However, this does not take into account the rise in house prices. The starting point is the rents. Due to the corona crisis, the Dutch government has provisionally maximized the annual rent increases, thereby reducing inflation. In 2021, rents in the Netherlands rose by only 0.7 percent.

Wages rose by 2.1 percent last year. In 2020 that was 2.9 percent. The unions have already announced that they will press for compensation for the price increases in the new collective labor agreement negotiations. But the question is whether she will succeed in realizing this. Due to the decline in the organization level, it is not always easy to enforce wage demands everywhere.

Significant wage increases can only be enforced in sectors with serious staff shortages such as construction. There are also serious personnel shortages in various government and semi-government sectors, such as education, police and care. But there workers are dependent on the government. If inflation is here to stay, higher wages will be inevitable if the government doesn’t want to risk massive impoverishment.