The police deploy twice as many officers at the turn of the year than during the previous turn of the year. The reason for this is possible riots that could arise due to “dissatisfaction” in society about the fireworks ban and the corona measures.

According to the force management, the extra deployment differs per region. Thousands of agents work across the country during the turn of the year. Amsterdam is one of the cities where there has been a doubling compared to last year’s turn.

“We are preparing for a more intensive turn of the year than in recent years,” said the police’s turn of the year coordinator Ruud Verkuijlen in conversation with NU.nl. “The past year had many limitations and people have a hard time with that.”

According to Verkuijlen, the turn of the year is a moment when “everything bubbles up from society” and where apparently the need arises to let go completely “.

“It is very strange to say, but that is the tradition here at the turn of the year. There is no country in Europe that misbehaves so much with fireworks,” said the turn of the year coordinator of the police. “In Belgium you hear ‘pieuw, pieuw’ and you say ‘happy new year’ and that was it. When they come here, you see a different way of celebrating.”

According to Verkuijlen, the Kanaleneiland districts in Utrecht and Duindorp in The Hague are “front runners” when it comes to the unrest during the turn of the year. “You also keep the problems in Amsterdam and Rotterdam and other parts of the country, of course.”

The police do not want to make a prediction about other places where things may get out of hand. Also because that is “difficult to predict”, says Willem Woelers, responsible within the police for enforcing the corona measures.

“What does not help is that many major events are canceled due to the corona restrictions. The beach fires, the fireworks at the Erasmus Bridge in Rotterdam and other countdown moments, all had a function because they offered different entertainment to people,” explains annual change coordinator Verkuijlen.

“How is the reaction going now that there are no fires on the beach?” Woelts colleague adds. “Where can people still spend their energy? We take great account of groups that can disrupt public order. Fortunately, the majority of the population will adhere to both the fireworks ban and the corona rules.”

In the run-up to the turn of the year it is also restless in various places. In Roosendaal and Arnhem, young people caused fireworks nuisance and last week there were disturbances in Urk.

According to Verkuijlen, it helps that mayors “have acted forcefully”. They did this with emergency ordinances, preventive searches and even closing a house. “That helps us, because that way we might be able to cut those groups out for New Year’s Eve.” 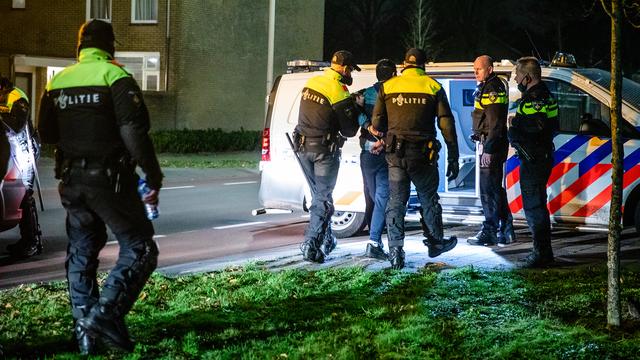 In recent weeks it was restless in the evenings in Roosendaal, among others. (Photo: ANP)