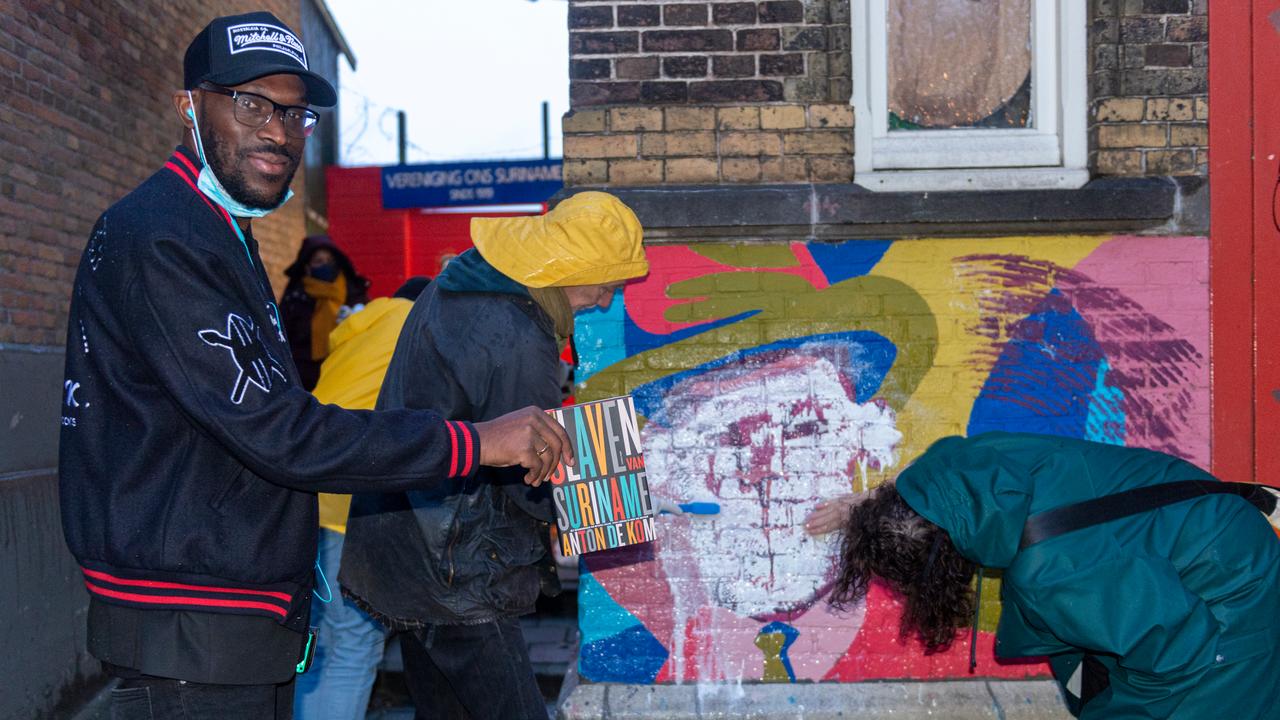 The criminal investigation department is conducting an investigation into the racist daubing of the premises of The Black Archives and Vereniging Ons Suriname in Amsterdam, among others, last Thursday, a police spokesman said in conversation with NU.nl on Sunday. Both institutes are reporting, they said earlier.

“We would like to hear witnesses and see if we can read surveillance images,” said the spokesman. Cameras hung on the property due to previous threats, he wrote Het Parool earlier.

Important figures from black history are depicted on the wall of the building. Almost all faces were painted white by racists on Thursday morning. There are also stickers with the text “soot sweep = genocide”. The affected organizations condemn the vandalism as “an attempt at racist intimidation”.

The Black Archives is an institute for knowledge building about the history of black people. The building also houses Ons Suriname, a more than one hundred year old association of Surinamese in the Netherlands. The building is also home to organizers of the Keti Koti and Kwakoe festival.

The wall of the institute in Amsterdam depicts anti-racism activist, writer and resistance hero Anton de Kom, as well as Perez Jong Loy, Cindy Kerseborn, Sophie Redmond and Hugo Kooks. De Kom, who wrote the book ‘Wij Slaven van Suriname’, among other things, has recently been included in the Canon of the Netherlands.

The two organizations have asked police to investigate a possible link to a previously similar incident, when three men dressed as Black Petes visited the home of rapper Akwasi Owusu Ansah. They left the same stickers in his letterbox, they write. Akwasi is known for his activism against Black Pete, among other things.

The police spokesperson cannot yet say whether the investigation is investigating this connection. “It is still a bit too early to say whether we will be looking at that specifically.”

Mitchell Esajas, co-founder of The Black Archives and leader of Kick Out Zwarte Piet (KOZP), is concerned about the “radicalization and increasing violence of the extreme right”, he writes in a statement. The activist has previously been the target of similar harassment.

Last year, Esajas’ car was destroyed when a meeting of some seventy KOZP members was violently attacked in The Hague. Although the police arrested five suspects, the prosecution decided not to prosecute them in September due to lack of evidence.