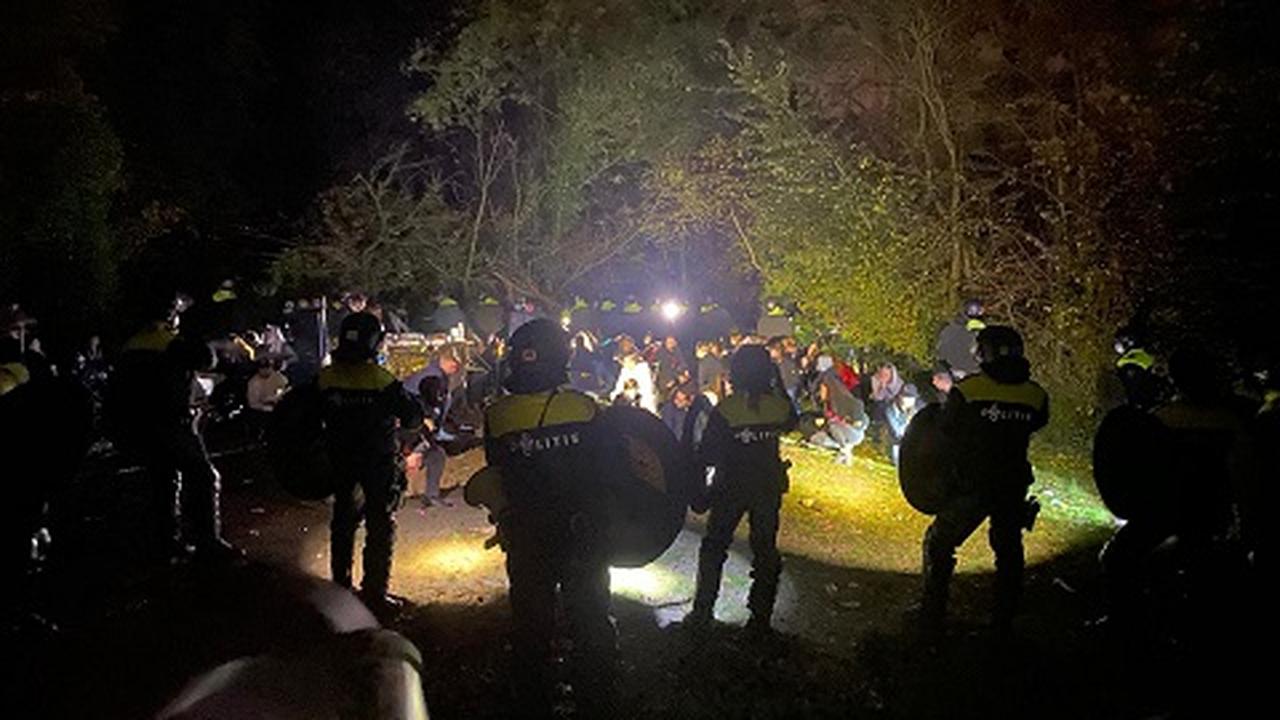 In the night from Saturday to Sunday, the police of Limburg closed a large illegal party with the help of the mobile unit (ME) that was held in the forest area in Geulle in the municipality of Meerssen. About a hundred partygoers have received a ticket.

Police arrived around 3:30 am and found between 100 and 150 people. The public continued to arrive via various forest paths.

With the help of the riot police, the party ended and about a hundred people present received a ticket. Eleven people have been arrested because they could not identify themselves.

The organizers of what the police in one Twitter message calls a “halloween rave party”, risk a fine of 4,000 euros. All equipment present has been confiscated.

The police tracked down the party by obtaining information about the preparations. Together with reports of noise nuisance, this led to the location.

Annemarie Penn-te Strake, mayor of Maastricht and chairman of the South Limburg Security Region, finds it incomprehensible that there are still people who do not care about the measures. “Together we must reduce this virus. Together with the police, we therefore take action against people who break the rules. This is not allowed, this is not possible.”

Due to the corona measures, it is prohibited to organize or participate in events.