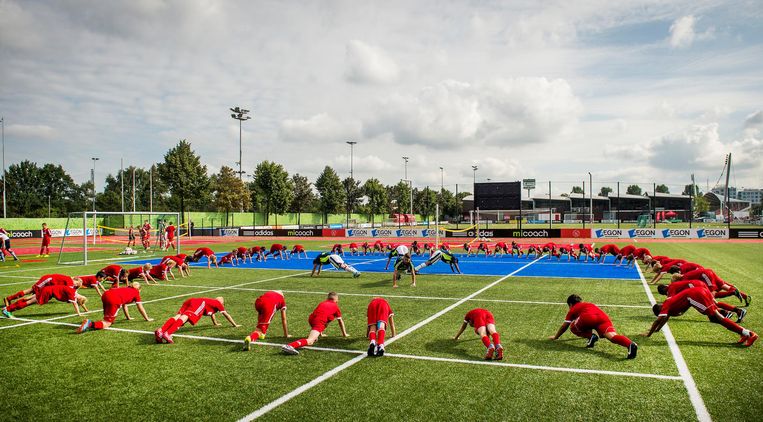 Football coach Guido den Dikken has reported to the KNVB with a solution to the problem that arises because children keep changing year groups from 1 January. Because of this, children born early in the year have an advantage, especially when they are young. They have a physical and mental edge over children born later. In the most extreme case, between January and December, it saves almost a year.

According to Den Dikken, the solution lies in annually shifting the reference date, at least in the higher ranks of the amateurs and in professional football training courses. So from January 1 to April 1, through July 1 to October 1. Each child will then end up twice in each period in roughly eight years of training. He is the oldest for two years, the youngest for two years, the other years he is in the middle groups.

Den Dikken increases the technical skills of top talents in his Born to Play school. Many football players from the premier league also regularly report to him. ‘The most extreme example I saw is the following: a boy is from the end of December 2007. He joined a large amateur club in the third team of players under 9 years old. The other was born on January 2, 2008. He joined the first team until the age of 8 and was soon allowed to do an internship at Feyenoord. While they were of an equivalent level and a week apart in age. So one comes into the highest team of an age and gets good trainers. The other has a well-meaning father as a trainer. ‘

The effect of that uneven start will last for years. Den Dikken notices this every day. All boys born at the beginning of a year are in paid club selections. Talented boys from the end of an older year play football at good amateur clubs.

Den Dikken: ‘That ratio is incorrect. Many boys get a podium that they don’t deserve. It is sometimes sad for guys from the last quarter. They get the impression that they are not good enough, when they may not be at all. A lot of talent is lost in this way. Sometimes it is difficult for them to keep believing in their dream, because they don’t get the chance. ‘

The KNVB is happy with the idea of ​​practitioner Den Dikken, but sees practical objections. Maurice Hagebeuk, head of the youth plan for the Netherlands at the KNVB: ‘It is difficult to change the system, also because everyone has to do it. If Fifa and Uefa leave it as it is, it is not practically feasible, because then we will run into problems with our selections for international tournaments. You have to implement it for all football players, otherwise it will remain wrong.

‘It is a fairly general problem, which also plays a role in education with early and late students. But it is important that we think about the theme, that we gain more knowledge about the birth month effect. ‘

With such a changing reference date, teams are reassigned every year, while they now often consist of more or less the same boys for years. Den Dikken: ‘I expect resistance, also from parents. You will see that some of the kids from the first quarter will fall through. What did he do at Ajax, will critics say? ‘

The KNVB has already conducted experiments with, among other things, half-year competitions and teams of average age, and points to the possibility of dispensation of individual players. A top talent like Calvin Stengs made use of this. It’s from December. He had a very difficult time at AZ, physically.

The club kept him in the under 16 for an extra year, which is quite unusual for paid clubs. In de Volkskrant he once said, “I disagreed at first. But from that extra year it went well. I suddenly scored goals and gave assists. ‘