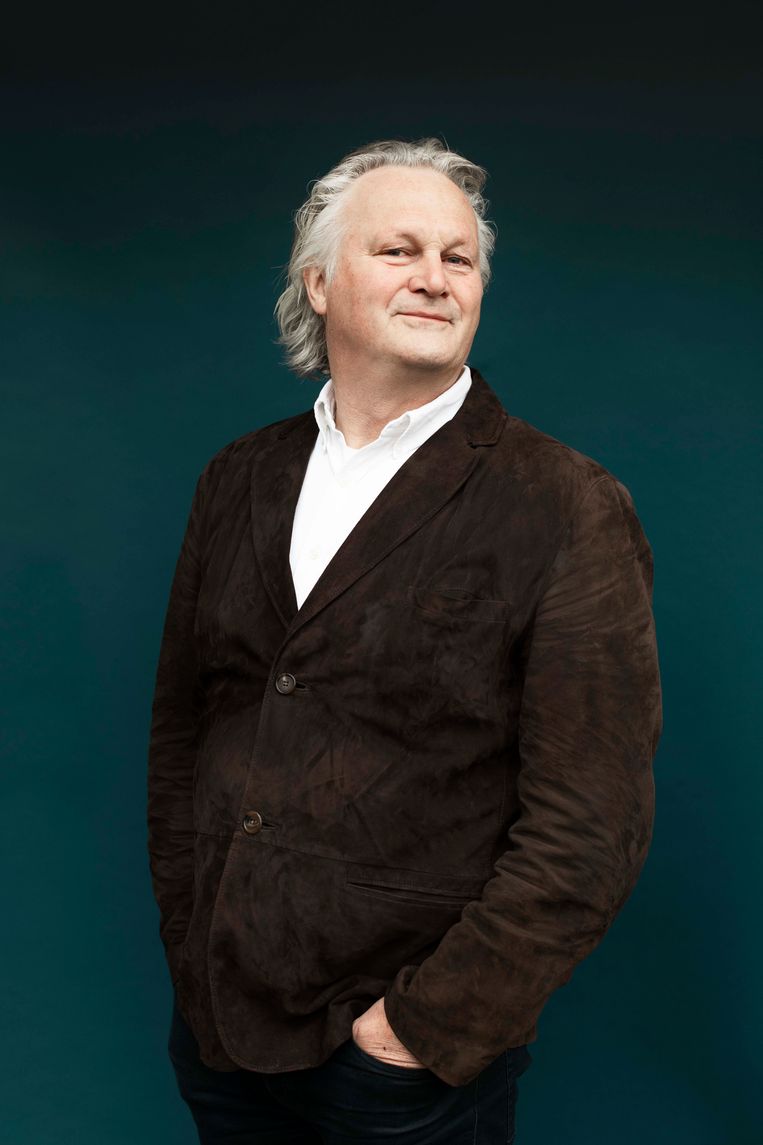 Which CEO allows himself to be photographed in an ice bath, in the open air, on one of the coldest days of the year, while the rest of the Netherlands is on skates? And dare to post that photo on Instagram without embarrassment? ‘Everyone has his fun on the ice,’ Pier Eringa wrote to his 1,365 followers last month.

It is the soft side of a man known as a scrubber and macher. And Eringa suddenly has plenty of time for it. Last week, the transport company Transdev reported that the 59-year-old Frisian has stepped down as top man. Eringa had been working for a year and a half with the ‘mother’ of Connexxion and Hermes.

The company attributes parting ways to the pandemic. ‘The consequences of the corona crisis are huge and the future is uncertain. The tenders have been halted in public transport. (…) As a result, the duties of the CEO have shifted to such an extent that Pier Eringa has decided to part with Transdev. ‘

Eringa probably did not make up that text herself. He usually expresses himself a little less straightforward. Such as the ‘availability fee’ that the cabinet provides to keep trains and buses running during the crisis, empty if necessary. Eringa called it ‘a creping fee’. “We’re not going to die, but we’re not really going to stay alive.” The allowance covers 93 percent of the losses.

The discomfort is deeper. It has long been known that Eringa is green and yellow annoyed by the half-grown market forces in public transport. Foreign investors are only allocated bus concessions with barely a margin, and regional railway lines for which the NS turned its nose.

‘NS behaves like a caterpillar – never enough’, Eringa complained to the opposite NRC. ‘They want the main rail network, they want the international lines and they want to come back to the region. And they want the stations too. They want everything. The government should say: we want healthy competition, so we give others something too. But that doesn’t happen. ‘

His outspoken opinions repeatedly clashed Eringa at ProRail with his lords from The Hague. When he suggested that billions are needed to perfect the high-speed line, State Secretary Stientje van Veldhoven (IenW) dropped out of her role. ‘Everyone knows Pier and knows that he likes to shake things up like a kind of Pietje Bell in the media.’

Van Veldhoven must have thought of the fate of one of its predecessors, who died in 2015 because of the problems at the track. Wilma Mansveld was partly in trouble due to statements by Eringa. The then fresh ProRail boss suggested in an interview that his organization ‘should stop bending if the ministry wants bad news to be postponed’.

Things did not go well between Eringa and The Hague. Mansveld’s successor, Sharon Dijksma, decided in 2016 to tighten the reins again by turning ProRail into an independent administrative body (ZBO). This brought the appointment of directors, including Eringa, back into the hands of the ministry.

In de Volkskrant Eringa made mincemeat of it. ‘Does this help what the ministry wants to do? Then I say: I don’t think so. Does it help the traveler? I do not think so. Putting a company into receivership and calling it to the mat every week, people generally do not benefit from that. ‘ The ministry promptly called him on the carpet. After that Eringa said that he “does not want to become a zbo-pusher” and announced that he was leaving.

The struggles at ProRail and Transdev give the impression that Eringa is only a nuisance and a restless job hopper, but a look at his career belies that. On average, he has been in his post for four to five years. For the first fourteen years he was an inspector at the Leeuwarden police.

It is more important that the farmer’s son from a family with six children gets things done. The Albert Schweitzer hospital in Dordrecht dangled at the bottom of all rankings, but was twice named hospital of the year in the four years that Eringa pulled the strings. Before that he was town clerk in Nijmegen and chief of police of the Flevoland region. He was noticed because he instructed his officers not only to catch crooks, but also to make time for a chat with the citizen. “Otherwise, the public will rightly complain that they only know the police when they report the crime.”

At ProRail, Eringa restored the ties with the Dutch Railways, from which the rail network manager once emerged. He complimented the then NS chief Roger van Boxtel on the culture change he had brought about. ‘If there is light at the top, there is a light show on the work floor,’ Eringa noted. This also applies to him: among the ‘foot soldiers’ Eringa can count on a lot of sympathy with his direct leadership style.

Nor does he feel too good to recommend an NS driver who went to find her happiness in Denmark on his LinkedIn profile. “You got a very talented young woman within your limits!” Saskia Kaetie Redeker started this month as lokomotivfører at Lokaltog, a Danish railway company.

What will Eringa do herself? Not working for a paint factory, as he puts it himself. No longer in public transport, and not in politics. Last year he spoke with the education trade magazine VO magazine. ‘If readers think in response to this interview’ Pier knows nothing about education ‘, then they are absolutely right. One of the few places in the public domain where I have not worked is in education. But I am experienced in managing that. ‘ Arie Slob, the education minister, has been warned.


About his political affiliation: ‘I am not politically active. I was town clerk in Nijmegen from 2006 to 2010. Below the first left college. SP, PvdA, GroenLinks. Havana on the Waal. At my farewell dinner with B and W I just said what I vote. They rolled off their seats. ‘ In 2019 he is named as a candidate for the mayorship of Leeuwarden.

About the overthrown safety culture: disconcerted reactions when Eringa suggests in 2015 that many day-to-day defects on the track are easier to fix without paralyzing train traffic for hours. ‘In the past, an engineer would step off his box when a switch no longer worked and kick it with his work shoes.’

About frightened drivers: Eringa about this in 2019: ‘Too many managers are walking around the government who are looking to the cautious side. They are afraid of ugly phone calls from The Hague. (…) When I look at the CBR, UWV, tax authorities, the police … My hands itch. ‘ In 2019 Eringa was hired as an advisor at the Central Bureau for Driving Licenses (CBR).