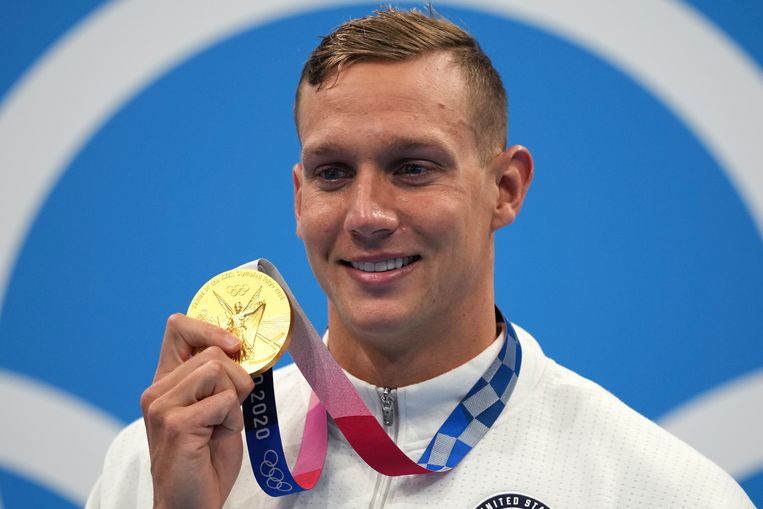 The 24-year-old American captured the gold on Thursday morning in characteristic style. Dressel led the field from start to finish thanks to his famed lightning start. In fact, the 0.06 seconds he won with his quick departure were exactly the same as the lead he had at the 100 meters over 2016 Australian champion Kyle Chambers. He tapped after 47.02 seconds, Chambers after 47.08.

Dressel is known for his phenomenal leg strength. Before the start, he is often out of position making high jumps: he is more than a meter off the ground. The American website Swimswam once calculated that he is 33 centimeters higher than the average NBA basketball player.

This proves to be a crucial advantage on short distances. Dressel has become the fastest man in the water. At the past two World Cups, he won gold in the three Olympic spectacle numbers: the 50 and 100 meters free and the 100 meters butterfly. He plans to do the same in Tokyo. He would be the first swimmer to make such a three-stroke.

In fact, Dressel is so fast that he comes close to the record times of 2009 swum by predecessors in infamous speed suits. In it, swimmers were higher on the water, encountered less resistance and therefore swam faster. Dressel already holds the world record in the 100-meter butterfly, and two men in speed suits have been a few hundredths faster in the 50 and 100 meters freestyle.

Dressel’s ambitions in Tokyo go beyond world records. Through three relays, he hopes to bring his total to six golds, two less than Phelps’s eight from 2008 and one less than Mark Spitz’s seven from 1972. He has already won the 4×100 freestyle, the 4×100 medley and 4×100. mixed medley (with two men and two women) may follow.

With so much gold, Dressel may be able to fill the void left by gymnast Simone Biles in America’s hankering for Olympic gluttons. If he succeeds, it’s thanks to his love of training. ‘I train 51 weeks a year and race for 1 week. If you don’t like training, swimming is not a good sport for you.’