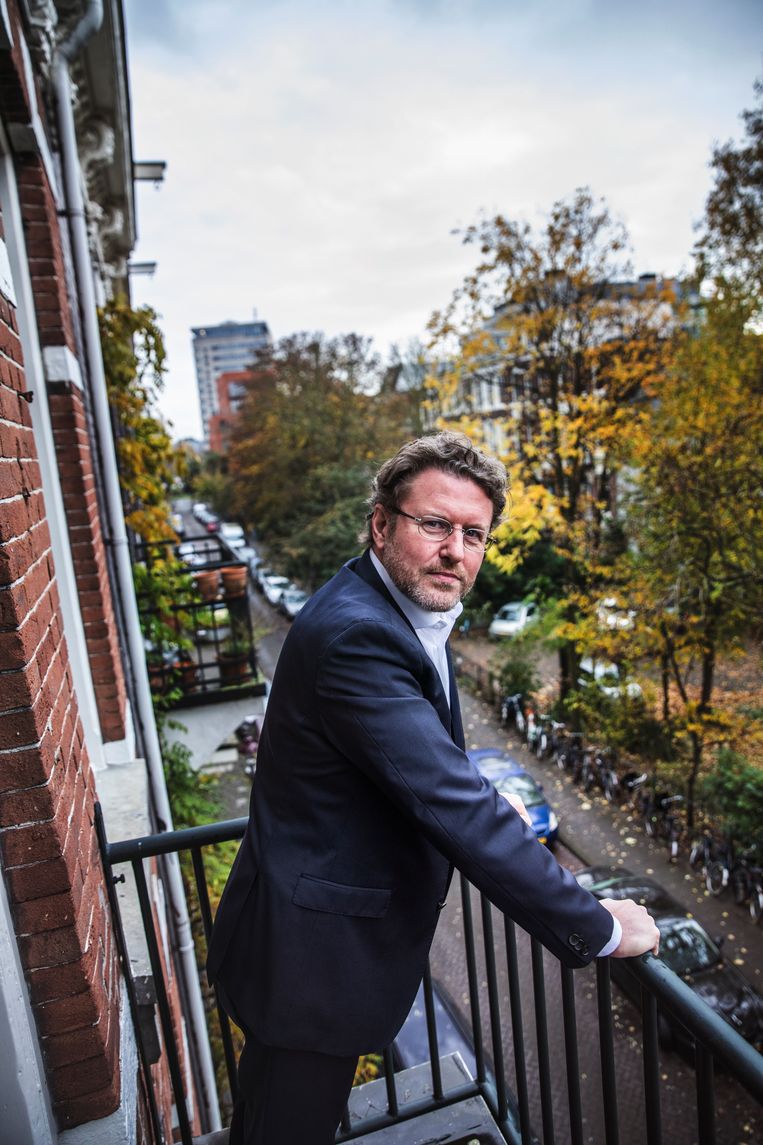 The Dutch tax system is unjust, says economics professor Bas Jacobs. Working and doing business pay too little, having a house pays too much. He fervently hopes that the forming parties can muster the courage to make firm reforms.

The rich Netherlands is doing well. While the bottom half of the nearly 8 million households has little or no assets or mainly debts, Statistics Netherlands recently reported that at the beginning of last year there were 278 thousand households with at least one million euros. That is 24 thousand more than at the beginning of 2019. The AEX fell below 800 points last week, but is still almost a quarter higher than a year ago. Houses were worth 18 percent more in October than in the same month in 2020. And the ‘housing gap’ between homeowners (a lot of wealth) and tenants (little) had grown further at the beginning of last year, figures from Statistics Netherlands showed this week.

This is good for the owners of shares and homes, because share prices and home values ​​are hardly taxed, if at all. That’s because of the tax system introduced twenty years ago by the second purple cabinet, with three boxes and a tax on the notional return on capital income; not on the actual income from capital.

‘That fictitious return is a tax curiosity. It does not exist anywhere in the western world’, says Professor of Economics and Public Finance Bas Jacobs (Erasmus University Rotterdam). “The consensus among economists is that real wealth income should be taxed, not fictitious. In fact, in Box 3 we have a tax on wealth and not on income from property. Because of that fictitious return, savers in Box 3 now have to pay 0.59 percent wealth tax on their pot of between fifty thousand and one ton, while the interest has been zero or negative for ages. No wonder they’re all filing lawsuits against the state.”

‘People with shares also have to pay wealth tax, but the notional return is a maximum of 5.7 percent. That cannot keep up with the price increases on shares at the moment. The only place where capital income and gains are taxed is Box 2. But directors with their own BV, who often belong to the 1 percent of the most wealthy, can always postpone paying tax in that box with a good advisor, while their assets grows further. Our tax system is rotten as a medlar. Labor is heavily taxed, as is making a profit as an entrepreneur, but income from wealth is spared.’

Together with fellow professor Sijbren Cnossen, Jacobs (48) came up with the bundle two years ago Design for a better tax system, to correct current errors and make the system more efficient and fair. ‘At the time, almost all professors of tax economics and law thought the introduction of Box 3 was a bad idea. At the time, Cnossen sent a letter to parliament on their behalf to stop it. But it was passed without much discussion. I still think the tax on fictitious income is so nonsensical, I can’t believe we’re still stuck with it. And there is still no coherent proposal to do something about it, with a broad tax on all capital income and gains.’

Jacobs’ plan: All capital income (interest, rent, dividend) and profits are taxed at one flat rate. Losses are deductible. ‘The level of that rate is a political choice. My guess would be that it would be 25 to 30 percent. But that’s what politics is about, not me.’

A month ago, the Dutch Central Bank (DNB) proposed that homeowners above a certain threshold should pay wealth tax in Box 3 on the net value of their home: the WOZ value minus the mortgage debt. This curbs the rise in house prices and can be introduced without major consequences for purchasing power, as it turns out.

Jacobs: ‘The major problem in the housing market is no longer so much that the owner-occupied home is subsidized with the mortgage interest deduction. The main problem is that the notional rental value, which you have to add to your income because you don’t have to rent, is far too low. For houses up to 1.11 million euros, the tax authorities assume 0.5 percent of the house value.

But the real economic rental value for the Netherlands is estimated at 6 percent. That is 30,000 euros for a five-ton house, but the tax authorities only charge 2,500 euros. Owning your own home is, from a tax point of view, an exorbitant privilege. For proper tax treatment of the owner-occupied home, it is necessary that the notional rental value is much higher, not that the interest deduction is abolished.’

If you want to change a tax system, a cabinet formation is the perfect opportunity to do so. There is also enough money now to offset the adverse effects. So now is the ideal time for a reform, right?

Do you think something is going to happen?

‘I hope so. I find it very difficult to stare into the political fishbowl. What is a huge problem is what you saw happen with the DNB proposal. DNB is saying something that I think all economists would roughly agree with. And that is whipped up in our media in no time, as if it were a completely radical delusion. The proposal is dead as a doornail a day after it was launched.

I have seen this countless times. I find that extremely difficult about the way in which politics is conducted at the moment. The ubiquity of the hypes, the smear campaign, the panting around any proposal. DNB is simply doing its job, making suggestions for better policy. Of course, this has to be weighed up by politicians, and adjustments may have to be made. But because it ends up directly in the chopper, the content is no longer discussed. Due to the current climate, it is simply no longer possible to reach a reasonable assessment of better policy together, with different social views and political interests. Any compromise is seen as a danger of losing your supporters. That sometimes makes me despondent.’

“It’s much deeper. The electoral incentives are such that making noise politically is rewarded with more voters. The same applies to media: hypes and smear campaigns are rewarded, with more viewers, readers and listeners, so more income. Combine the two and you see that politics and the media are in a deadly embrace, in which all substantive discussion is suppressed and the quality of our democracy and media is eroded.’

Perhaps that 60 percent is just satisfied with their own home and those people want to keep the system as it is. It is not without reason that the support for Rutte is undiminished.

“The way you say that is part of the problem. We consider the tax treatment of the owner-occupied home only in terms of winners and losers. And without any compensation, 60 percent may indeed start losing if tax breaks are limited, so it’s not going to happen.

‘But the point is that we see that the housing market is not working well. We see that inequality is increasing, via the housing market. We see that a large number of social problems arise, in which the tax treatment of the owner-occupied home plays an important role. Now you can kill the whole discussion by saying that those who benefit, the 60 percent, will always block the reduction of subsidies on their own homes. But then we can stop talking about reforms now.

‘You can also say: it is not about increasing the tax for these people. You can also return the proceeds. Put it in capital letters above this piece: it is not my intention to increase the tax, as an economist I am not about that. As an economist, I just want a better tax system, at the lowest cost to society. Certain taxes that are harmful to the economy, such as those on labor and entrepreneurship, and those that are less harmful, such as owning a home, have to be lowered.

‘In a well-functioning economic system, houses should not be subsidized, but taxed. Houses don’t cross the border if you tax them. Homes will not work less hard or invest less. So as an economist you want to put the tax where it causes the least damage to the economy. And you want to implement reforms of the tax system without major income effects, without big winners or losers.’

How much can the income tax fall if income from property is taxed more heavily?

‘That depends on the reform you implement. For example, if you were to tax the owner-occupied home and the pension accrual – that other large form of wealth that is subsidized – in the same way as other capital in Box 3, then all rates on labor could be reduced by 9 percentage points, in all tranches.

Whether you should do it is another matter. But it shows how hugely costly it is to maintain those tax privileges on homes and pensions. And as long as the debate is only about ‘yes, but I’ll lose my interest deduction’ and not about ‘you get 9 percent less tax on your pay slip’, we can’t get out of here. And we have to, because we can’t go on with this system for another 20 years. Working and doing business should pay, not retire.’


Who is Bas Jacobs?

Bas Jacobs (Bolsward, 1973) grew up in Friesland and then studied economics at the University of Amsterdam. He obtained his doctorate there in 2002 with a thesis entitled ‘Public Finance and Human Capital’. He then became an assistant professor at the universities of Amsterdam and Tilburg and a researcher at the Central Planning Bureau. Since 2007 he has been professor of economics and public finance at Erasmus University Rotterdam. Jacobs also writes essays Free Netherlands and regularly participates in the social debate on economic issues, such as inequality.

How does the box system work?

Since 2001, the tax system has three boxes. In Box 1, the income from work (wage, company, benefit, other activities) and the owner-occupied home (via the notional rental value) are added together. Expenses such as mortgage interest may be deducted from this. The balance is subject to income tax.

In Box 2, the capital income – dividend and profit on shares – is taxed on people with their own private limited company, such as the director and major shareholder. This box came under fire last year after officials from the Ministry of Finance discovered that it contained 400 billion euros, more than twice as much as CBS previously thought. That power is mainly in the top 1 percent. Finance advised measures because Box 2 invites tax avoidance and increases inequality.

In Box 3, the fictitious income from savings and investments is taxed.