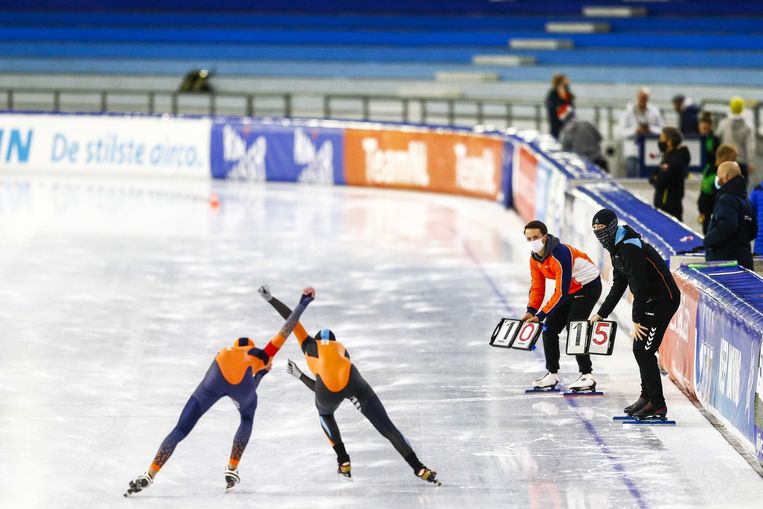 The sizeable cohort of a thousand, almost all professional athletes from Olympic spheres, may only practice sports at those places under safe conditions with an extensive anti-covid protocol approved by the RIVM.

According to technical director Maurits Hendriks of NOCNSF, the maximum of 1,000 has been agreed with the government. ‘That is to keep it clear, and also verifiable, where our athletes would train. And no more than a thousand, because you will soon be above that. We monitor those numbers. There is a lot of discussion about what is top sport and what is not. In the Netherlands we simply have a broad and well-developed sports landscape. ‘

The inventory of locations even caused surprises for technical chief Hendriks. “There were a few that I did not have on my mind.” Places such as Meierijstad (longbow), Oostzaan (combat sport), Deurne (motocross), Zevenhuizen (rowing) and Zevenbergen (combat sport) turned out to have national centers, where top athletes meet to practice their sport.

Another example: ‘The professional skating teams use inline tracks for their training. They had to be mentioned separately on our list. ‘

Another example: ‘Roei water is spread over three locations in Amsterdam. The Bosbaan is not enough for training. The rowers have to go out into the open water if they want to cover distances without turning after 2 kilometers. Three rowing locations, that’s how it adds up. ‘

The list was drawn up on April 21 by sports umbrella organization NOCNSF in an emergency meeting with sports associations and subsequently supplemented or adjusted regularly. It was in a hurry, because the Dutch top sport was dissatisfied with the total lockdown of their accommodations.

Toppers tried to get out of the rules by, for example, placing a balance beam in the living room (the twins Wevers). Recreational sports and top sports were combined in the first weeks of the pandemic. Hendriks was strongly criticized.

Last week, when the Minister of Sports Tamara van Ark announced the restrictive measures for Dutch sports, top sport was spared. The ‘thousand’ may continue to train at their 77 locations. Most designated top sports places are in Amsterdam (8), The Hague (5) and Amstelveen (5).

Arnhem, with the internationally renowned National Sports Center Papendal, is only listed as one top sports location. But for nineteen sports from the Olympic and Paralympic program. It is also striking that the recognized sports city number one, Rotterdam, scores low with two recognized locations. ‘Rotterdam is primarily an event city’, is the statement of the NOC.

The fact that last week many sports knocked on the door to continue playing in their top competitions and were rejected by the minister, was partly due to the maximization of a thousand.

These measures have prevented major outbreaks, such as those at the AZ football club. Hendriks: ‘We have been able to keep things under control so far. Only a few of our top athletes have been affected. Fortunately.’