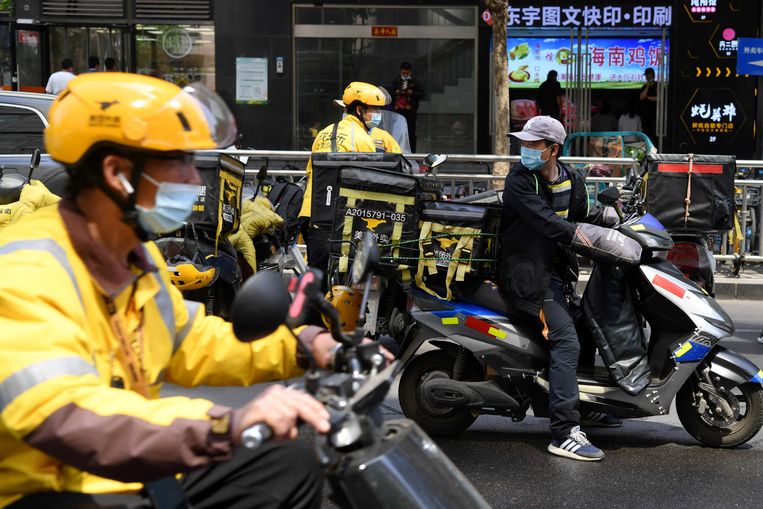 No Dutch fund has ever been tumbled down by a poem by PC Hooft or Lucebert. But in China, a single poem plunged the entire tech sector into a crisis that messed up global stock market sentiment Tuesday. In many countries the prices of ICT companies in particular plummeted. In the Netherlands, the AEX even fell well below the 700 point mark. Tech companies such as ASMI, ASML, Besi, Prosus and Adyen fell out of favor with investors after price losses among American and Asian peers.

The decline started on Monday in Asia. Meituan’s share price, China’s largest platform company after Alibaba, plunged 14 percent after founder and CEO Wang Xing posted a thousand-year-old poem on social media, but later deleted it. It is feared that the poem was seen as a criticism of current President Xi Jinping. It comes just at a time when the company is already under attack, because the authorities are investigating violations of competition rules.

Meituan is the country’s largest meal delivery company, but also delivers all kinds of lifestyle products. The market capitalization of the Hong Kong-listed company is 180 billion euros. In comparison, that of Just Eat Takeaway is 11 billion euros.

To outsiders, the poem seems quite harmless:

The Qin Dynasty was devastated by burning bamboo and fabrics./
The Hangu Pass and the Yellow River unsuccessfully guarded the residence of the ancestor of the Chinese dragon./
Before the ashes in the burning pit turned cold, an uprising had already broken out in Shandong province./
Both Liu Bang and Xiang Yu turned out to be uneducated people.

But between the lines could be read criticism of those in power. The poem was written in the 9th century as an indictment of a Chinese emperor who had many critical writers killed and their books burned. Book burnings are very sensitive, because they relate to censorship by the current rulers.

Chinese consumer organizations last day accused Meituan of late deliveries, misleading information and disagreements about getting money back after returns.

Platform companies on the grain

An investigation is currently underway on many platform companies in China that have established a dominant position in their markets. Previously, Alibaba, Tencent and other Chinese companies with a pseudo-monopoly have already been reprimanded and fined for forcing traders to make transactions only through their site. In fact, Jack Ma, the big boss of Alibaba, was untraceable for a long time. Meituan would face a fine of $ 700 million from the State Administration for Market Regulation.

Wang Xing is very active on the social media platform Fanfou, which was previously closed several times by the authorities because it was used to report on riots. Because of this, it lost the competitive battle with Weibo. But Meituan’s CEO continued to use it, with an average of three messages a day.

The tech sector is hypersensitive to bad news, as investors have taken a huge advance on future earnings given the steep price gains. If there is a risk of hitching, the prices will drop sharply. Rising interest rates on global capital markets are also detrimental to this sector.

Higher interest rates make stocks less attractive, especially those funds that will only start making real money in the very long term, such as many platform companies. This reduces the risk premium on stocks – the difference between the earnings per share and the risk-free return on government bonds – causing asset managers or their computer programs to sell stocks. If the bond rate is 2 percent, a higher return or higher risk premium is expected from stocks than if it is 0 percent.