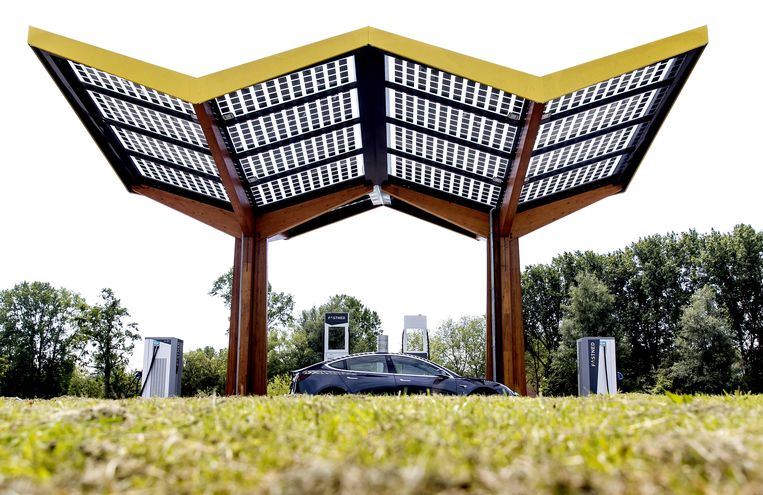 Prices now seem to have fallen somewhat, commercial director Niels Korthals Altes said on Tuesday, during an explanation of the third-quarter figures. The fast-charging company is considering a more flexible pricing strategy. In recent years, Fastned has left the prices at the e-pump unchanged. The gross margin per kilowatt hour sold has remained more or less the same, according to the group management.

Fastned benefited last quarter from employees returning to the office and more often plugging their e-car into one of the more than 600 fast chargers the company has in Europe. However, the group still suffers from corona and drivers working from home.

Income is also growing as more electric cars hit the road. In Germany and Great Britain in particular, their numbers are increasing rapidly. Faster chargers also boost sales: because sessions last about the same on average, a faster charger transfers more kilowatt hours, increasing sales. In total, the group’s turnover almost doubled, to 3.2 million euros in the third quarter.

France is the sixth country where Fastned is active. Nine stations along major French highways should be completed before the end of the year.