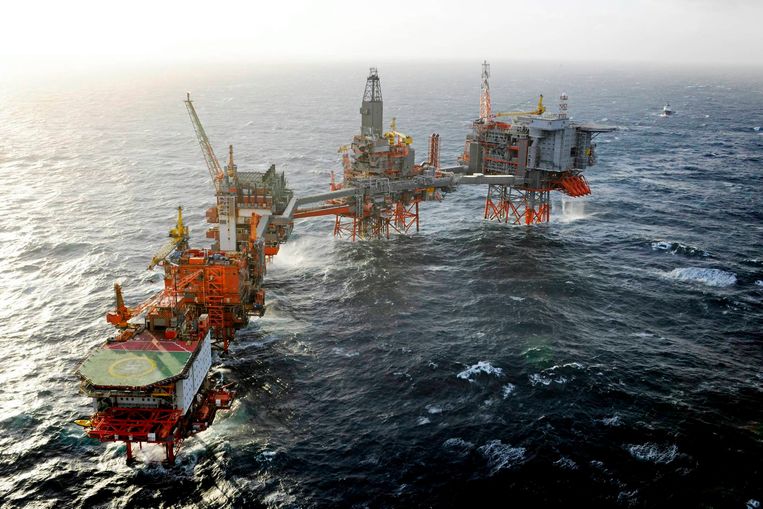 The Norwegian state investment fund will address the more than 9,000 companies in which it invests worldwide about their climate ambitions. CEO Nicolai Tangen threatens to divest the shares of companies that do not present credible targets to reduce CO2emissions to zero by 2050.

“We are considering selling companies with major climate risks, but without climate plans,” Tangen and board member Carine Smith Ihenacho write on behalf of the largest investment fund in the world in the Norwegian business newspaper. Dagens Naeringsliv.

The Statens pensjonsfond Utland, a fund of state wealth, was established in the 1990s to invest Norwegian oil and gas revenues. That fund, managed by the Norges Bank, now contains an almost surreal amount of 1.2 trillion euros, approximately 220 thousand euros per Norwegian.

A sovereign wealth fund that grew wealthy thanks to oil and gas profits and now demands that companies tighten their climate ambitions; it is a bit hypocritical, says analyst Nico Inberg of DeAandeelhouder.nl. Thanks to the energy crisis since the Russian invasion of Ukraine, billions from oil and gas are once again flowing abundantly to Norway. The Norwegian media already spoke in April of the ‘uncomfortable war profit’ that could amount to 150 billion euros this year.

The Norwegian fund also has a strong finger in the pie in the Netherlands. From chip manufacturer ASML to meal delivery company Just Eat Takeaway, insurance group ASR and Shell: the Norwegians have an interest of 3 to 5 percent in dozens of companies. The fund is quite active in buying and selling shares, notes Inberg. ‘It is an important investor; the Norwegians have already subscribed to the Porsche IPO.’

The Norwegian hedge fund does not hesitate to manifest itself as an activist shareholder in American multinationals such as Apple and Amazon. In May, CEO Tangen denounced the ‘greed’ of multinationals that sprinkled bonuses for their top executives ‘on a level we have not seen before’.

The Norwegian fund’s relatively small portfolio of shares is more than enough to embarrass companies, Inberg says. ‘It is a serious threat to possibly leave a company that does not comply with the climate goals. After all, your price goes down when such a fund sells its shares. With an interest of 3 to 5 percent you can make a real fist, then you will be listened to.’

The ABP came to the opposite conclusion. The largest pension fund in the Netherlands announced in 2021 that it would sell its portfolio of fossil shares worth 15 billion euros. At the end of last year, the counter stood at 2 billion. The ABP is in a pool with other funds, which means that some interests have to be decoupled in order to get rid of the ‘fossil’ shares.

Nevertheless, the ABP believes that it will have divested all fossil investments in the first quarter of 2023. By then, ABP will also have permanently withdrawn from Shell, as the pension fund previously decided. Analyst Inberg: ‘Soon the ABP will be on the sidelines, then it will no longer have any influence at Shell and the fund will miss a lot of money. You can also stay on board and try to push them in a certain direction.’

However, the ABP found that this ‘activist’ approach had no effect. ‘We wanted to persuade fossil producers to adopt a different climate policy, but it went much too slowly,’ said spokesman Asha Khoenkhoen.

For ABP, it was primarily a decision of principle to sell shares in the fossil industry. Khoenkhoen: ‘We do not see how oil companies are aligning with the climate targets that have been agreed for 2050. They happily continue to drill for new oil, while the CO2-emissions will only increase. As a small shareholder, we can mean less than governments.’

Still, Inberg doubts the moral strength of the Norwegian fund or institutional investors like ABP. ‘When Western companies are forced to stop with fossil interests, other parties take over. The supply of oil and gas may have decreased considerably, but the demand has only increased.’

It only increases the urgency of sustainability, the ABP says, following the Norwegian state fund. The ABP continues to tap 2,000 listed companies on the fingers if the speed of the energy transition is at stake. Spokesperson Khoenkhoen: ‘No institutional investor can change the world on their own. But something has to change radically to realize a sustainable society.’