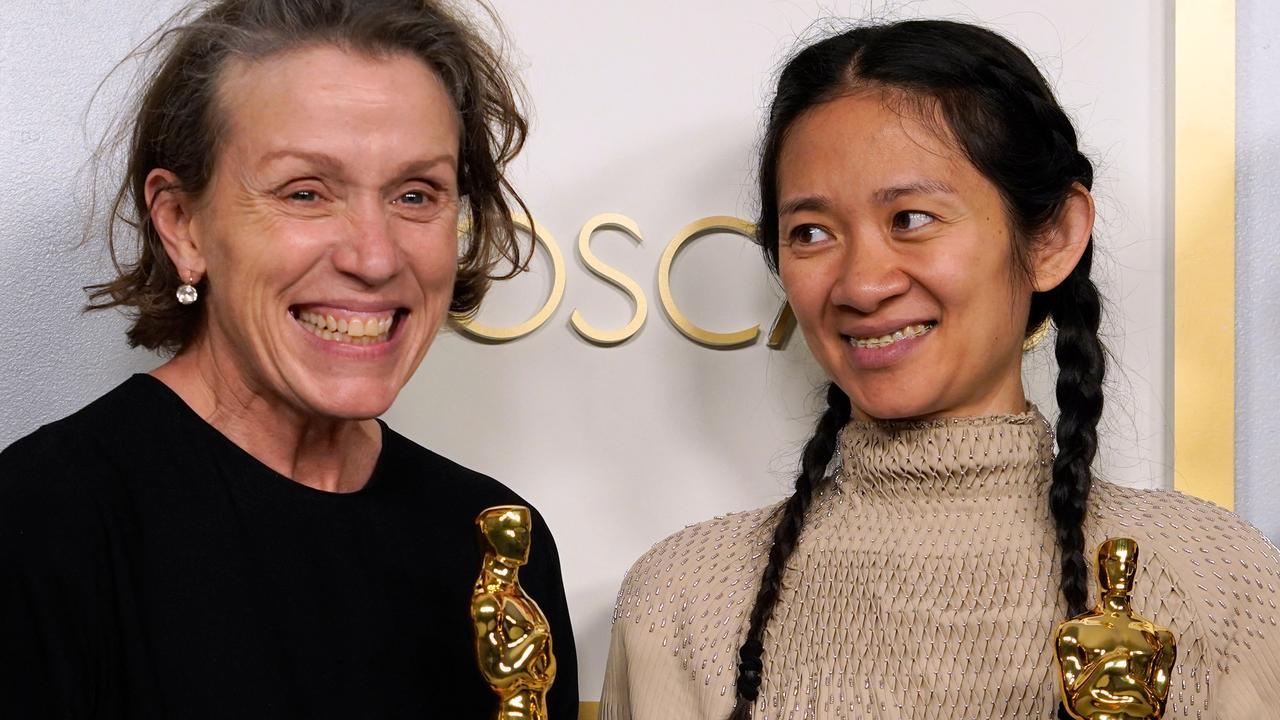 Nomadland became the big winner at the Oscars on Sunday. The film about a woman (Frances McDormand) who travels through the United States as a modern nomad after the death of her husband, won the award for best film. McDormand was also named best actress and Chloé Zhao best director.

Zhao is only the second woman ever to receive an Academy Award in that category. The first was Kathryn Bigelow, who received the Oscar in 2010 for The Hurt Locker.

Normally, the Oscar for best picture is awarded at the end of the evening, but that did not happen this time. Two more categories followed: that of best actress and best actor. That latter award was won by Anthony Hopkins for this The Father, in which he plays Anne’s (Olivia Colman) demented father. The 83-year-old actor himself was not present at the ceremony and no speech followed.

South Korean Youn Yuh-jung, who appeared in Minari, was named Best Supporting Actress, making it the first Asian actress to win that award. Minari is about a Korean-American family who moves to Arkansas to pursue the American dream.

Daniel Kaluuya won the Best Supporting Actor award for his performance in Judas and the Black Messiah. The film is about an FBI informant who infiltrates the Black Panther Party to keep an eye on the chairman (Daniel Kaluuya).

In his acceptance speech, the British actor briefly addressed his mother, who watched from the United Kingdom with his sister. “It’s unbelievable. My mom met my dad, they had sex, it’s great.”

The remarkable passage in his speech of thanks after winning the Oscar for Best Supporting Actor was apparently a bit uncomfortable for the actor’s mother. In the press room, Kaluuya announced that he had blurted out the verdict and suspected that his mother had already sent him several text messages. He smiled himself with a shrug. “It seems clear to me that all of our parents have had sex.”

Not an Oscar for Srebrenica film Quo vadis, Aida?

The prize for best international film went to Danish film Pressure. This included the Srebrenica drama Quo vadis, Aida?, in which various Dutch actors can be seen, reports from Bosnia.

Pressure is co-produced by the Dutch company Topkapi Films. The film, which was released in the United States under the name Another Round, was already a favorite with the bookmakers. Pressure tells about four teachers, played by Mads Mikkelsen, among others, who will from now on get up with alcohol in the classroom as an experiment.

The statuette for best animated film came into the hands of Sunday Soul, which also won the prize for best original film music. My Octopus Teacher was voted best documentary.

The 93rd edition of the Oscars took place on Sunday from the Dolby Theater in Los Angeles and Union Station in the same city. The nominees were at Union Station, accompanied by a maximum of one guest.