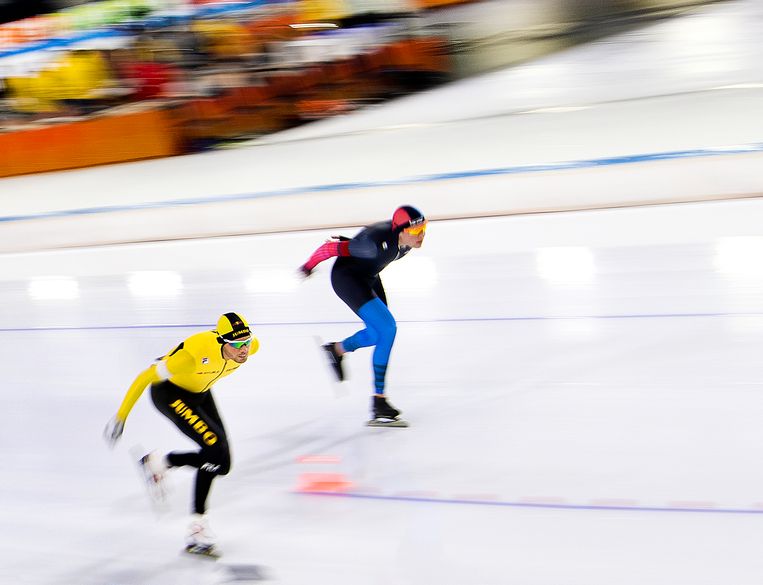 In the last lap of the ten kilometers at the NK all-round, Patrick Roest presses his snow-white teeth together again. He has won the first three distances and can become the first man since Sven Kramer (2008) to conquer the all-round title by winning all four distances. That does not work, despite a very fast last lap (28.04). The Frisian Marwin Talsma pushes his skate over the finish just a little earlier.

Roest does not mourn for long about the 0.11 second with which he missed out on the perfect quadathlon. The three-time world champion all-round is especially happy with his first national all-round title. After his second place in 2017, he unsubscribed three times because the tournament did not fit well into his schedule.

In advance, Roest was considered the top favorite, especially when his biggest competitor Sven Kramer canceled on Friday due to mild flu symptoms. He had to make it very furious if he didn’t want to become a Dutch champion. “I can only lose here,” said Roest on Saturday, after he had already won the 500 meters and the 5 kilometers and had taken an advance on the title.

Despite the favorite role, Roest was not overly confident. Three weeks ago he got a serious mental blow. Then the ten kilometers at the NK distances ended in a deception. After a quick start, Roest completely collapsed. With his hands he had to find support on his knees, his lap times increased to 32 seconds.

This weekend it was the five kilometers that led to dissatisfaction. Roest did win the distance, but in a time (6.15.32) that was five seconds slower than he hoped for. ‘I skate with fear. The ten kilometers from three weeks ago got stuck in my head. During the race I thought too much about my legs and was afraid that I would collapse again. ‘

That vulnerability does not seem to fit with a three-time world champion, but it does match the attitude of Roest. He moves through the catacomb of Thialf like a pop artist who has performed several times in a packed Paradiso and yet is still nervous when he has to sing in a local pub. He looks shy, laughs shyly when asked about his performance and above all, tempering expectations.

‘I have always had problems with nerves,’ says Roest. ‘When I drove for the Dutch Juniors I was also nervous. It will probably never go away. ‘ Coach Jac Orie recognizes this analysis. ‘Fear is a motive for an athlete, but it should not block you. Once you have no fear at all, it’s done. Then you better stop. ‘

According to Orie, Roest is a man of high peaks. This sometimes includes deep lows. In addition, it is a special season with an empty calendar and driving many races ensures confidence in your own abilities. “Normally we have already driven two weekends in Inzell around this time, then you already had the time to get some rhythm and make some mistakes out of your race.”

Before the ten kilometers, Orie gave Roest a number of tasks that he could focus on so that there was no room in the head for negative thoughts. ‘What those tasks are exactly is between Patrick and me’, Orie says with a laugh. Later Roest explains that his coach gave as a tip to pay attention to ‘his catch up’. Rust should not pull his knees together too quickly. Then the circulation in the legs is better and acidification occurs more slowly. ‘I was able to keep a close eye on it, but I couldn’t get my head completely empty anyway,’ says Roest.

In the end, despite the nerves, Roest won his first Dutch title by far. According to the data site of the KNSB skating association, number two Marcel Bosker had to drive 25 seconds faster over the entire tournament to keep Roest from his first title, number three Marwin Talsma even 50 seconds.

“I am glad that it is over,” said Roest who joined it in January European Championship in Thialf can also add its latest all-round title to its list of achievements. ‘I would like to put that last tick, but now first relax and play a game on the Playstation.’