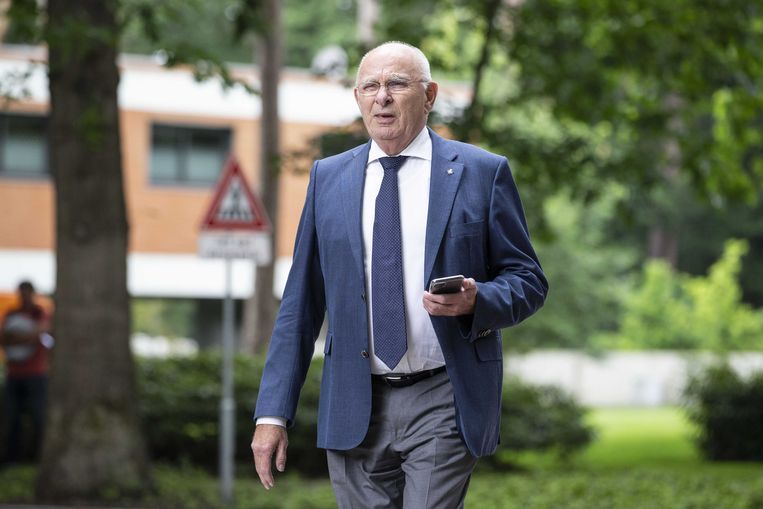 Celebrities such as Johan Cruijff and Guus Hiddink stood at the cradle of the Dutch Sports Council, also known as the NL Sports Council. Creator Jaap de Groot, then still chief of sports at De Telegraaf, brought the two to the round table meeting in 2015, when he wanted to lay a new foundation in the Dutch sports structure with sports minister Edith Schippers.

Since 2016, the Sports Council has been housed in a neat office in The Hague, with a secretary, three advisers, two support staff and a press secretary hired for eight hours a week. It is a club of mainly experts – eight members, 38 advisers – that has long operated in the shadow of the national sports board. That is dominated by sports umbrella NOCNSF.

Last week, the Sports Council came to the fore with the advisory report The Setup on the Stage. That is a kind of delta plan for Dutch sports and the exercise sector. In the coming years, it will innovate, professionalize and activate the Dutch sports landscape, provided it receives ministerial approval and an appropriate budget. All this according to the slogan of chairman Michael van Praag: the European champion sitting becomes moving world champion.

The Sports Council argues in its advice for a new, truly overarching umbrella. Commercial sports (such as from fitness to yoga schools), casual sports (such as running) and organized sports (club sports) must have one mouth to speak. The current fragmentation makes the sound divide and muffle. NOCNSF will mainly be the driver of top sport and advocate of the 77 sports associations. The distribution of money, which will soon be in much larger sums, must be done by an ‘independent administrative body’ yet to be established.

In The Hague circles, the sports council is regarded as a small advisory council. It seems copied from the Council for Culture. Clubs like the SER and WRR are much larger. The intention is for the council to take over the advisory role from NOCNSF. In recent decades, this has operated more or less like the regular advisers to the Minister or State Secretary for Sports. Schippers, the Minister of Health, Welfare and Sport (VWS) in Rutte-II, ruled that things had to be done differently.

NOCNSF agreed ‘hesitantly’, according to Van Praag, with the heavier role for the Sports Council. Anneke van Zanen had an important voice. She was treasurer of the NOC and subsequently joined the Sports Council. In 2019, he was elected chairman of the sports umbrella organization NOCNSF, succeeding André Bolhuis. Van Zanen does not see the Sports Council as a threat, but as a serious platform that also draws attention to the importance of sports and exercise.

Chairman Van Praag: ‘We were founded by Schippers. But at the beginning we were very much left to our own devices by VWS. Our mission statement states to provide solicited and unsolicited advice. But the first four years there was no demand, we mainly pioneered about events, until we got to the subject of organization and financing. In the beginning, VWS, NOCNSF and the municipalities wanted to do that themselves. ‘

President Van Praag is pleased with the broadening of the advisory agenda. ‘This advice is deep and very broad. We have the directors for that, such as Bernard Wientjes, formerly of VNO-NCW. It contains everything about the organization of Dutch sports. It’s based on science, on knowledge. Not on assumptions. We spoke with 200 experts. ‘

Jaap de Groot, called the ‘spiritual father’ of his club by Van Praag, is not talking about the new course. He left the council in May because it turned away too much from top sport and top events to his liking. De Groot: ‘In my view, the management of the Sports Council went too much along with the civil servants who were educated about public health and welfare, so that sport is mainly associated with exercise and health and too little with the industry.

What does the sports council actually want?


1. The government should consider sport (top sport, recreational sport and exercise) as a public facility, which as many Dutch people as possible use.

2. The sports sector must become future-proof, robustly organized and sustainably financed, with direction and funding from the government.

3. The Netherlands must become world champion in exercise, with a growth in 2030 to 75 percent of people who exercise enough.

4. Sport should be accessible and affordable for everyone, if necessary with the help of health insurers.

5. Sport must be used against the pandemic of lack of exercise, with many victims of overweight.

The composition of the NLsport council, as of 2020


Michael of Prague, chairman, Uefa board member until March 2, 2021, candidate for chairman Fifa and Uefa, ex-chairman KNVB and Ajax (1989-2003), entrepreneur with 45 electronics stores at airports.