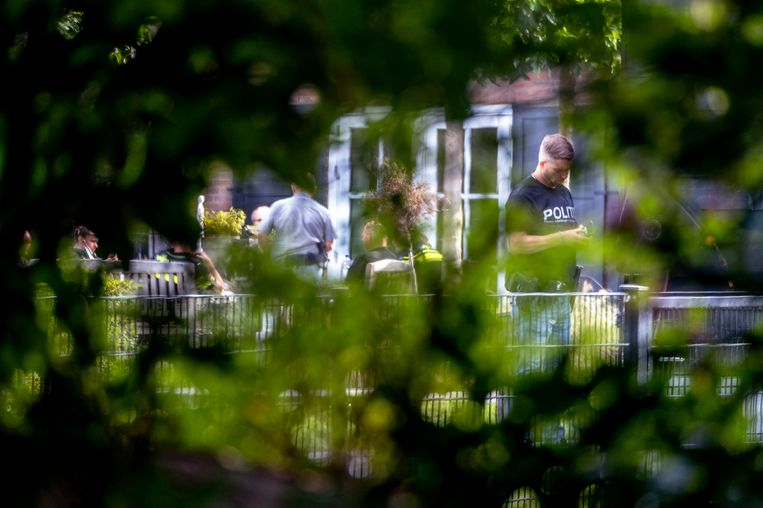 The Fiscal Intelligence and Investigation Service (Fiod) and the police raided various homes and business premises in Groningen, Drenthe and Noord-Brabant on Tuesday morning in connection with the money laundering investigation. The house of Jumbo CEO Frits van Eerd in Heeswijk-Dinther in Brabant was also searched, Omroep Brabant reports. The Public Prosecution Service does not want to confirm whether Van Eerd is one of the suspects.

An anonymous source reports to the FD that the Fiod also raided the Jumbo head office in Veghel. The supermarket chain wants that opposite de Volkskrant neither confirm nor deny. A spokesperson does say that the money laundering investigation does not focus on the Jumbo. ‘As part of the investigation, questions are being asked to Frits van Eerd.’ It is unclear whether the chief executive has been arrested.

Spider in the web

It is clear that a 58-year-old man from the Drenthe municipality of Aa en Hunze is seen as the main suspect in the case. He was arrested this morning on suspicion of involvement in the laundering of large amounts of money and goods. It FD reports based on insiders that it would be former motocross rider Theo E. from Gasteren, who already received fifteen months in prison in 2018 for money laundering and tax fraud. E. is also associated with Fred Ros, a key witness in the liquidation process surrounding Willem Holleeder. Through E.’s car leasing company in Assen, Ros is said to have provided the Amsterdam underworld with luxury cars at the beginning of this century.

The Public Prosecution Service says that it cannot confirm at this stage of the investigation that it concerns E..

In addition to the main suspect, who is seen as a ‘spider in the web’, eight other people have been arrested from Drenthe and North Brabant. These co-defendants are accused of being involved in money laundering to a greater or lesser extent. All suspects are currently in restriction, which means that they are only allowed to have contact with their lawyer.

The Public Prosecution Service Northern Netherlands, in collaboration with the Functional Public Prosecutor’s Office, the police and the Fiod, has been investigating money laundering for some time. Money laundering would be done through real estate transactions, car trading and sponsorship contracts in motocross sport. There would also be VAT fraud in the car trade.

Although Van Eerd would have preferred to become a professional racing driver himself, he still joined his father’s family business in the early 1990s. De Brabander managed to become general manager there in 2002, after which Jumbo quickly grew into the second largest supermarket chain in the country. Thanks in part to the successful acquisitions of Super de Boer and C1000, the supermarket group has more than seven hundred stores in 2022, together accounting for an annual turnover of more than 9.9 billion euros.

Despite the considerable expansion, the yellow chain has always remained a family business. In addition to Frits, his sisters Colette and Monique van Eerd are also part of the management. Father Karel van Eerd is still involved as chairman of the supervisory board. They each own a quarter of the shares.