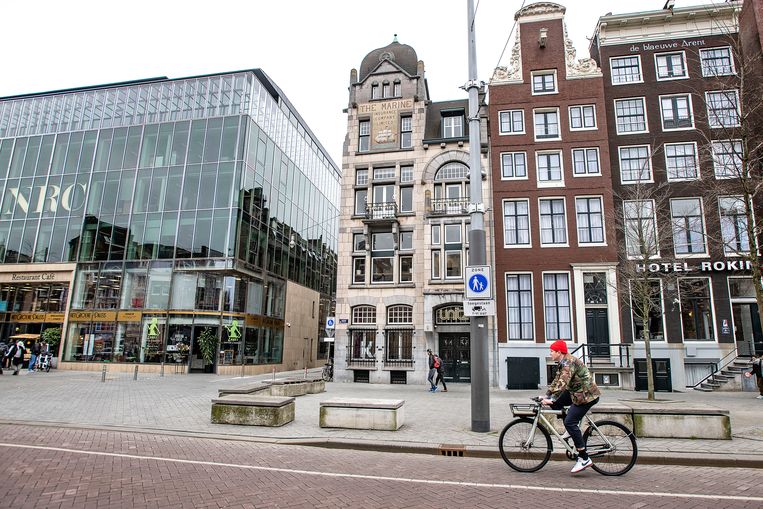 The Dutch have started shopping online en masse as a result of the lockdowns. In its wake, a new payment trend from abroad will also blow over: ‘buy now, pay later’. Not everyone is comfortable with it.

Forget the old-fashioned shopping street with its tinkling cash register. The new shopping is a bright pink app with tailor-made fashion and living tips, with which I can buy all the beautiful things in the world from the comfort of my chair. Or just a bag of Gamma lime to fight the moss in the backyard, of course. Plus stain to patch up the garden table. And the price? There is none. Like a generous uncle, Klarna, the company behind the app, advances my payments. I don’t have to cross the bridge for another two weeks.

Since the lockdowns, Dutch consumers have largely ignored the physical store. In one year, the turnover of internet shops has increased by 104 percent. In the wake of that revolution, the way in which customers pay is also changing. More and more people worldwide are opting for ‘buy now, pay later’.

In other words, consume on credit, but without the usurious interest of 10 percent that providers of payday loans or mail order credit charge à la Wehkamp. The companies that offer this service are growing rapidly. The flagship is Klarna. With an estimated value of 31 billion euros, the Swedish start-up, in which rapper Snoop Dogg, among others, invested money, can call itself the most expensive unlisted fintech in Europe.

“The foundation of the internet economy is shifting from advertising to selling,” noted the Financial Times recently. Web shops try to entice customers to purchase in an increasingly sophisticated way. Payment service providers have made it a sport to ensure that the crucial final hurdle – payment – proceed with as few clicks as possible. But why even saddle someone with that pain at all? Why not advance the bill?

‘What we offer is convenience’, Wilko Klaassen, director of Klarna in the Netherlands and Belgium, summarizes the success formula. ‘Because of us, the customer has certainty. That the ordered product actually arrives and is satisfactory. ‘ Helped by the cheap money, tech companies like Klarna, which has a Swedish banking license, offer this service for free. Usually it is the retailers who pay for the costs. They pay a few percent per successful transaction. In return, they hope for fewer people who drop out, so more turnover.

That is also catching on in the Netherlands. For example, AfterPay, part of the German Bertelsmann concern, claims that it already serves four million consumers and five thousand web shops, from Blokker to Praxis. Users are given fourteen days to decide whether they want to keep their belongings or not. Only then will the bill be paid. Klarna is also growing rapidly in our country. Women are over-represented among the app’s 1.1 million monthly active users. Just like millennials.

It is precisely this popularity among younger generations that is a cause for concern for supervisors and debt counselors. A quick advance sounds gallant. But in fact it is a short-term credit with favorable conditions. Borrowing is already free for governments such as the Dutch. Now the common man can taste that privilege.

That does not always go well. Foreign studies have suggested paying afterwards as an alternative to the old-fashioned credit card. Many customers would use it to make purchases that they actually cannot afford. In a survey commissioned by the Reuters news agency, four in ten Americans who use it say they have missed a payment at least once.

Klarna was scolded in Britain for the way influencers promote his services on social media. The conservative government has meanwhile announced additional regulation. In Australia too, the financial watchdog is looking at whether stricter rules are needed to curb the ‘advance industry’.

And the Netherlands? At the end of 2018, Nibud already noted a shift among households with money problems from traditional debts to paying later – or not paying at all. The bill of the health insurer or energy supplier is increasingly being lost. In theory, paying afterwards for clothing or a television fits in seamlessly with this. But whether consumers use it that way?

Precisely because such companies do not charge interest, they do not fall under the usual rules for lenders, the Netherlands Authority for the Financial Markets (AFM) says. ‘Paying in arrears or in installments can be a good option for consumers who can bear the costs,’ explains a spokesperson. But, she warns: ‘In the past, the AFM has seen that too much credit is provided to people who cannot bear it. When we see this with credit providers, we take measures. ‘

Yet Anglo-Saxon situations do not seem to be the case in the Netherlands. The clearest indication of this comes from the Kredietbank Amsterdam. Inquiries show that of the 570 clients with substantial debts, only five currently have outstanding accounts with Klarna or Afterpay. Although one person immediately seems to be dealing with dozens of arrears. “It seems that most people who choose to pay afterwards can really afford it,” concludes a spokesperson for the NVVK trade association.

According to Remko Best, sales director at AfterPay, very different companies are lumped together in the discussion about paying afterwards. His concern is particularly troubled by confusion with the Australian namesake. It is making good progress in the Anglo-Saxon countries. ‘But we don’t want to be associated with that at all. Our intention is not to put people into debt. ‘ According to him, that works too. Only after 120 days do defaulters enter a collection process. “This happens in only 0.4 to 0.5 percent of our transactions.”

Nadja Jungmann, lecturer in debt and debt collection at the Hogeschool Utrecht, is positively surprised when she hears that less than half a percent of the transactions at Afterpay go wrong. ‘I find that very little. An average energy supplier has more defaulters. ‘

Nevertheless, she finds it important to remain vigilant. ‘You don’t hear me saying it’s wrong. But it is important to realize that these types of facilities are always attractive to people who already have problems. Why does someone want to pay afterwards? Well, for example because the person does not have the money for new shoes for the children right now. And it doesn’t feel like a debt or loan. While it would be much wiser to seek professional help than muddle through. ‘

‘We really don’t accept everyone’, Klaassen van Klarna emphasizes. The company says that on the basis of all kinds of data, for example about previous shopping behavior, it can easily assess who gets the bill advanced and who does not. ‘We don’t want to make a profit at the expense of people who cannot pay. I know that there are providers in the market who do work that way, but that is not our earnings model. ‘

Ultimately, he says, the mission is nothing less than to repair a flaw in the corona-growing internet economy: the lack of trust. The online consumer may let the money roll, but he is still haunted by uncertainty. Is a webshop bona fide, will the items actually arrive, will the quality be okay? Paying afterwards can remove that doubt. “It’s about convenience and security,” summarizes Best of Afterpay. “You order, send back a pair of shoes that you didn’t like, and then you pay for what you keep.”

In the meantime, a notification arrives in my Klarna app. Whether I want to pay the 22.83 euros for my garden stuff. I can spread the pain in three months, for 9 euros a month, but that is a bit too expensive for me. I choose the option with a snail symbol: ‘extend payment term’. On top of the two weeks I already had to pay the bill, there are another ten interest-free days. Now continue shopping first.


• ‘Just advance’ is not just for consumers. Companies have been using it for some time. A popular option is ‘supply chain finance’. In doing so, the entrepreneur presents his suppliers with the choice. Or they receive their money directly from a third party, at a small discount. Or they go for the whole sum and have to wait longer. A major player in this field was the British Greensill. The demise of that financier caused a lot of negative publicity last month. But there are many more companies that provide these types of services.

• In the Netherlands, companies that sell their goods via Bol.com can also quickly receive working capital from Rabobank later this year. The bank uses the sales data of the entrepreneurs on the platform. Partly because of this, according to the press release published last week, ‘it is clear within 15 minutes what the partner can borrow and under what conditions’. ING provides a similar service through Amazon in Germany.

• A striking advance variant is aimed at salary. Employees of affected companies no longer have to wait for the monthly credit. “Flexible pay enables staff to have direct access to a percentage of their already earned salary at any time, in order to increase financial resilience,” the British Wagestream reported last year when it entered the Dutch market. By the way, it is not free: users pay 2.50 euros per transaction.