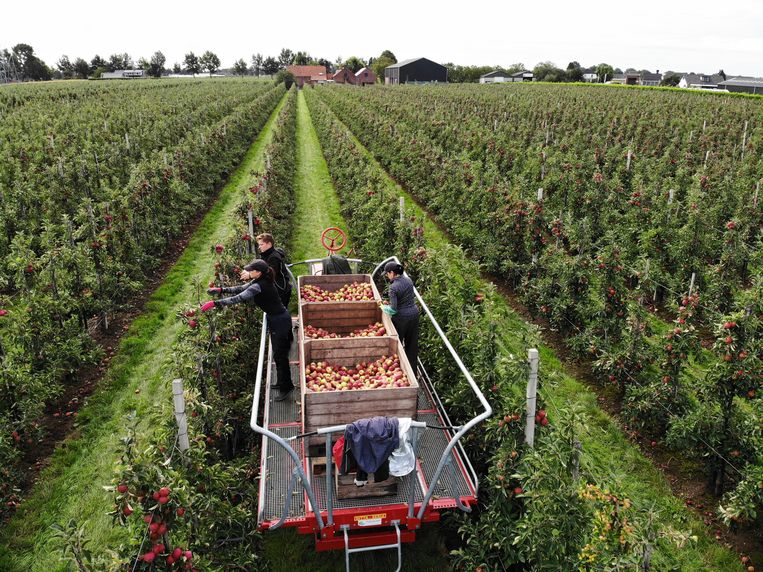 Temporary workers are also paid better and the self-employed must earn at least 35 euros per hour. This is what insiders say to de Volkskrant. The agreement is part of an advice drawn up in the Social and Economic Council (SER). It is an attempt by employers and employees to influence the formation. The top of both the trade union movement and the employers agree, their supporters still have to agree.

The agreement in principle follows the advice of the Borstlap Committee on the reform of all rules concerning work. This appeared last year and caused quite a stir. According to the committee, the flexibilization of the labor market with 1.1 million self-employed and 1.7 million flex workers has completely gone too far. With all the social consequences that entails.

For example, young flex workers do not dare to buy a house or start a family due to the uncertainty about work and income. Temporary workers work side by side with salaried colleagues who earn more and are better protected against dismissal. Employees in an industry such as home care have also been privatized to low-paid self-employed workers without a social safety net and pension. Some business models, such as that of the Deliveroo platform, are even built entirely around ‘false self-employed’.

The Borstlap Committee made proposals to end this dichotomy between ‘flexible’ and ‘permanent’ in the labor market. With their agreement, the social partners want to exert as much influence as possible on that reform and do not want to leave that to the whims of political parties during the formation.

Like the Borstlap committee, the trade union movement and employers see three ‘types’ of workers: salaried employees, the self-employed and temporary workers. Temporary work will only continue to exist for the replacement of sick employees and for peak production – ‘peak and sick’ – and may last for a maximum of 3 years. According to the collective labor agreement, that is now 5.5 years. The agency clause, which means that agency workers can lose their job from one day to the next, will be shortened from one and a half years to twelve months. After that, a notice period applies.

On-call work is severely restricted. So-called zero-hours contracts, in which workers are only paid for the number of hours worked, will disappear. Employers must provide the certainty of a number of hours, but are allowed to fill them in flexibly.

Self-employed people who work for companies must earn at least 35 euros gross per hour to be eligible for the favorable tax rates. Anyone receiving less than 35 euros gross per hour must be employed by the company. If the employer or client does not want this, they must argue with the tax authorities why there is no employment.

The minimum hourly wage for the self-employed should offer solace for low-paid employees who have been made independent by their employer, as happened en masse in home care and postal delivery, for example. According to the agreement in principle, they are back in paid employment. This gives them the prospect of social security again – benefits in the event of illness, incapacity for work or dismissal and pension.

However, this is by no means stopping the unbridled growth in the number of self-employed. After all, it is difficult to maintain an hourly wage, as it turned out earlier this year when outgoing minister Koolmees (Social Affairs) wanted to introduce a minimum hourly wage for the self-employed. After all, many freelancers are paid per service provided, such as journalists (per word) or meal deliverers (per meal delivered).

Moreover, the minimum hourly wage does not solve the displacement of workers by self-employed workers at the top of the labor market. The nurse who resigns on Friday to return as a self-employed person on Monday already earns more than 35 euros gross per hour.

In exchange for reducing so-called external flexibility by limiting flexible work, employers are given more internal flexibility. If there is a temporary shortage of work, they can send their employees home up to 20 percent of the time. Those who work five days could then stay at home for one day. The employer then pays less wages, but the employee keeps his full salary. It is unclear how that will be supplemented, from the unemployment benefit coffers or a fund to be filled by employers. There is resistance in the trade union movement to the use of the unemployment benefit fund because otherwise unemployment benefits will be consumed and, in the event of dismissal, the benefit will be lower or shorter.

In addition, according to the draft agreement, continued wage payment in the event of illness will be overhauled. Now the employee and employer are jointly responsible for returning to work, the reintegration, for two years. According to the agreement in principle, a medical opinion must be issued after one year of illness that determines whether an employee can return to work. If not, the UWV or the company’s insurer will set to work to find other work. If no work has been found after two years, the assessment for the disability benefit will follow.

The deal is expected to be presented on Wednesday. It is especially exciting at the FNV. There the ‘members’ parliament’ will choose a new board next week in addition to the chairman Tuur Elzinga, just elected by all members. The ‘members’ parliament’ tends to be intransigent and to make any ‘impairment’ of the position of permanent employees weigh very heavily. Over the past two years, the ‘parliament’ has gained fame by obstructing the Pension Agreement, which was eventually approved.

There will be insurance for the self-employed for loss of income due to long-term incapacity for work, as has already been laid down in the Pension Agreement.

Everyone gets a learning budget from birth.

There will be a ‘code room’ that will test rules of conduct in the labor market. If rules are not complied with, the latter can address the social partners, the union and employers.

Every employee receives a pot for guidance from work to work.