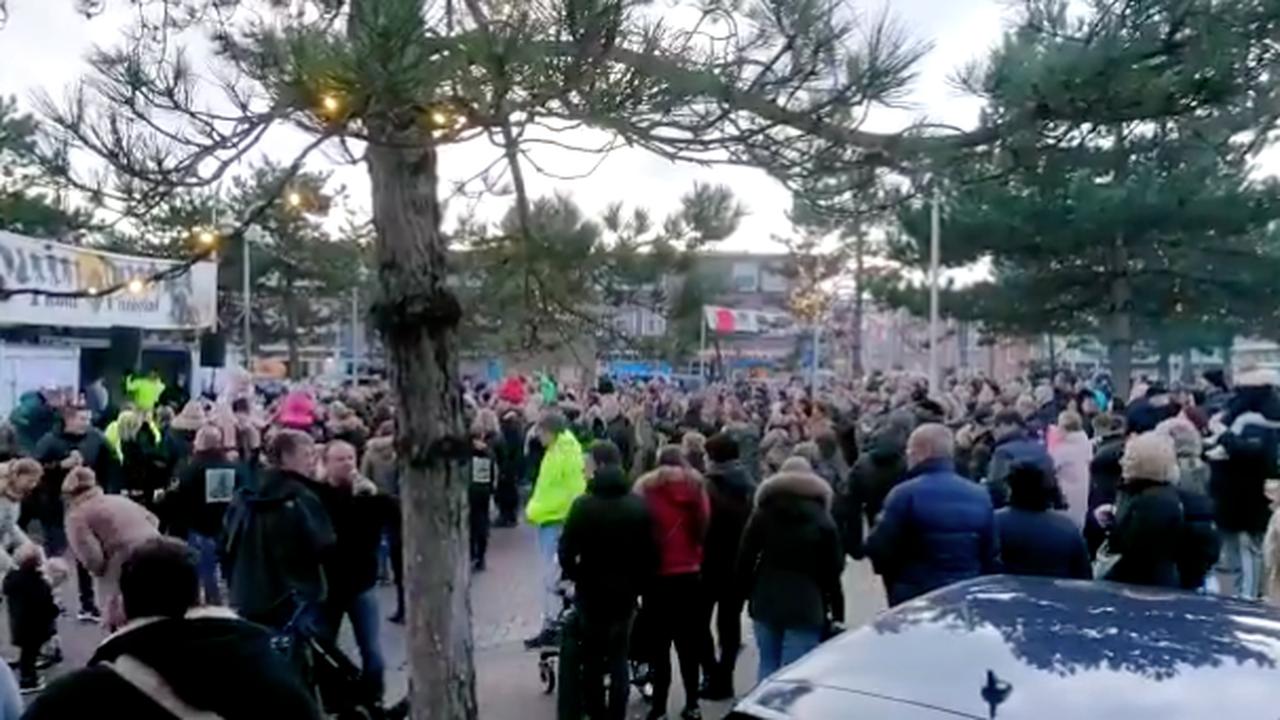 The municipality of The Hague will investigate what exactly happened during the demonstration on New Year’s Eve in the Duindorp district of The Hague. Mayor Jan van Zanen of the city said this on Friday Broadcaster West.

Video images showed that the demonstration was more like a street party. Music was played, rapper Jebroer performed and danced. The 1.5 meter measure also seemed to be ignored. People stood close together, hugged and shook hands.

Van Zanen emphasizes opposite Broadcaster West that there was no party, but really a demonstration. “I think it was a demonstration of a hundred people in which a lot of children were present. But I have also seen the images and exactly how it works is still being investigated,” he says.

According to Van Zanen, the fact that an artist performed during the meeting does not mean that it was therefore a party. “Demonstrations come in all shapes and sizes. Music is often made,” said the mayor.

Police deliberately did not intervene

The demonstration was registered in advance and lasted until approximately 7 pm. According to the police, there was no question of a dangerous situation or public disruption, even though the corona rules were not complied with. Moreover, those rules had “not the highest priority” on Thursday, said a spokesman.

Van Zanen dropped against it on Thursday AD know that the demonstration was allowed, “because demonstrating is a fundamental right”. According to the municipality, the initiators themselves were responsible for compliance with the corona rules.

The Duindorpers held the demonstration for the preservation of the bonfires. This tradition on the beach of Scheveningen was also canceled last New Year due to the corona rules.