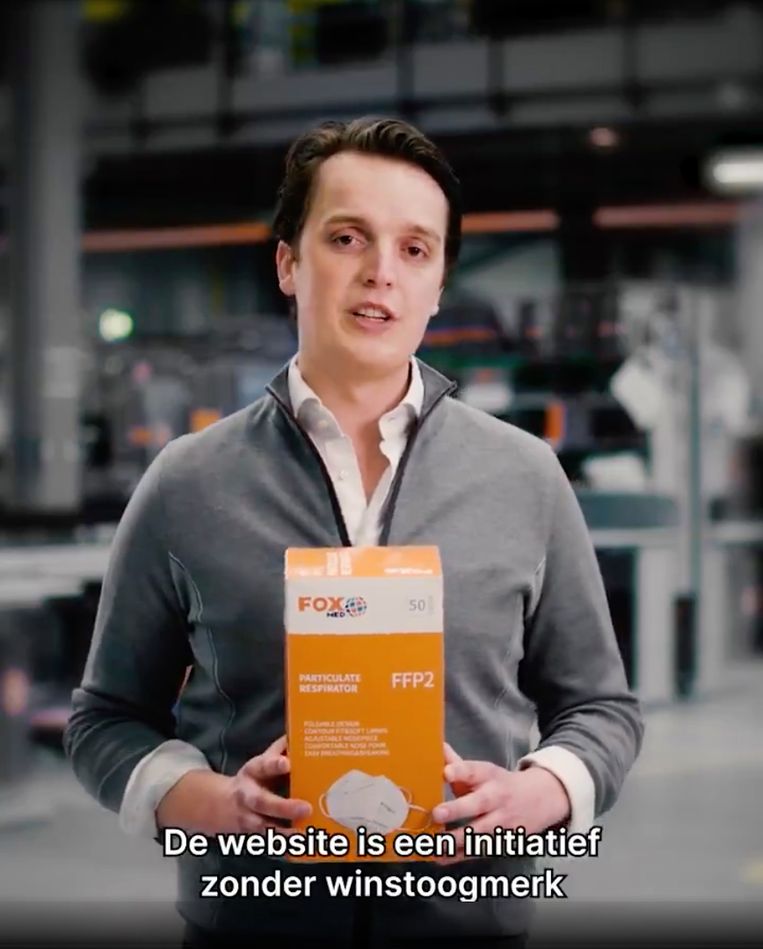 Until the end of May of this year, anyone who visited the site of the Charitable Auxiliary Troops Alliance could read there that there would be ‘an audit by an independent accountant in the context of transparency’. That promise has been scrapped without publicity. That happened after revelations of de Volkskrant on commercial interests of the board members Sywert van Lienden, Bernd Damme and (formerly) Camille van Gestel.

The foundation always insisted on supplying masks to healthcare without a profit motive, but the three founders turned out to have set up a company with which they secretly made a profit, ultimately more than 28 million euros. Volunteers, employees and business partners knew nothing about those commercial interests. Several former stakeholders question whether the charitable foundation was used to facilitate business activities. Without an independent audit, this may never be clear.

In internal documents, seen by de Volkskrant, it was also reported last year that there would be independent supervision by a reputable accountant. The names of PwC and EY were mentioned, but both accountants say they have never made any agreements about such an audit.

Van Lienden himself countered skepticism about his foundation on Twitter with references to independent supervision (‘we don’t catch anything, and an accountant supervises that’). Those tweets have also been deleted.

if de Volkskrant asks about the promised audit, chairman Damme responds with a counter question: ‘Where has an ‘independent audit’ been promised? Could you send me this?’ If he gets an image of the old promise on his site, he doesn’t want to respond anymore. Damme says he has no faith in the journalism of de Volkskrant and does not want to say whether there is now an accountant or whether there will be another independent audit.

Chairman Damme points out that his foundation gives extensive accountability in a forensic investigation by Deloitte, which is now being carried out on behalf of the Ministry of Health, Welfare and Sport. But Deloitte is only investigating the commercial deal of 100.8 million euros with the government, not into the further course of business at the non-profit organization, a VWS spokesperson confirms. ‘What else happened to the Relief Troops is irrelevant to VWS.’

Van Lienden’s foundation was still supported in 2020 by renowned parties such as Coolblue, Randstad and Flexport, but the former partners are not involved in the financial settlement of the project. CEO Pieter Zwart of Coolblue, which invested 400,000 euros, already announced in July of this year that he was no longer investing energy in this.

Damme and Van Lienden are now the only directors at the foundation, of which it is unclear how much money is still in the cash register. In the initial phase, the plan was to set up a Supervisory Board ‘with a view to governance’, including D66 prominent Alexander Rinnooy Kan, but that did not happen either. “It was discussed, but it was never followed up,” says Rinnooy Kan, who knew nothing about Van Lienden’s commercial interests. ‘Absolutely not. And I was in good company with that.’

Former employees are surprised that the Auxiliary Forces Alliance will continue to exist, because they were already told last year that the organization would be phased out. Van Lienden himself also suggested in an email dated 15 May 2020, also addressed to top finance officer Bas van den Dungen, that his organization had entered ‘a final phase’ (‘we have been established to eliminate the scarcity of care’). The media personality offered in the mail, sent with an Auxiliary Troops account, to sell a residual stock of about 3.16 million mouth masks to the government ‘at cost price’. That deal fell through.

A year and a half later, there is still no question of the foundation being closed, reports chairman Damme. Unfortunately, the Covid-19 pandemic is not over. In short, there is still demand.’

Due to the regulations surrounding foundations, it is not mandatory to have an independent audit carried out or to set up a Supervisory Board, even if this was previously promised on your own site. The board of the foundation must sign for the annual accounts and file the documents with the Chamber of Commerce.

According to the statutes of the Auxiliary Troops Alliance, this should have happened more than four months ago.