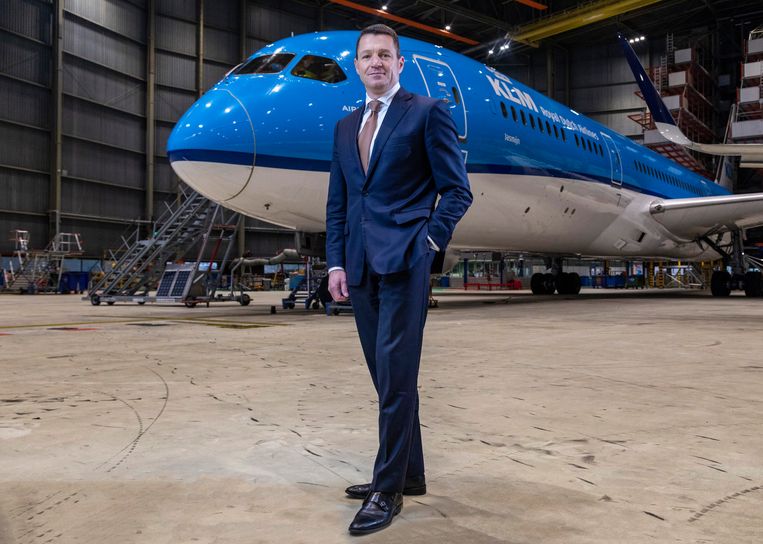 As with any top executive who unexpectedly takes off, the question for President and Director Pieter Elbers of the Koninklijke Luchtvaart Maatschappij (KLM) is: will the 51-year-old former Marine resign himself? Or did he get a push?

On Thursday it was announced that Elbers will not take up a third term as CEO in 2023, after a career of 30 years at KLM, of which nine years at the helm. Everyone in the company, from top to bottom, swears the announcement comes like a bolt from the blue. Perhaps the time is surprising, the departure can hardly be. The sword of Damocles has been hanging over Elber’s head since 2018 – a sword forged from French steel.

In the fall of that year, Ben Smith joined Air France-KLM. The Canadian was brought to Paris to be brushed aside by the holding company to which KLM has belonged since the 2004 merger. Major problems mainly occurred in the French branch, where strikes cost the company almost a billion euros between 2014 and 2018.

The KLM people, with Elbers leading the way, were terrified that their neatly profitable airline would have to contribute to the rescue of the French branch. The arrival of outsider Smith fueled the mistrust that has reigned between Paris and Amstelveen since 2004.

It was not possible to get a grip on the greenhouse, but Smith has never hidden that he wants to get rid of the construction in which Air France and KLM work as two largely autonomous parts. Elbers maintains that all synergy benefits since the merger have been achieved. Smith wants the holding company to make decisions about networks, new aircraft and commercial strategy.

In 2019, Elbers’ resistance led to Smith’s refusal to agree to a second term. The atmosphere was not too jolly because shortly before that the Dutch government had secretly built up a larger stake in Air France-KLM by buying 744 million worth of shares.

The cabinet wanted to safeguard KLM’s autonomy, but the French did not grant The Hague an extra seat at the board table. That opportunity was completely lost when Finance Minister Wopke Hoekstra decided last year not to increase the stake in Air France-KLM, while the government in Paris did so to guide its flag bearer through the corona crisis. Only 9.3 percent of the dearly paid 14 percent voting rights of the state remain.

Elbers won the battle in 2019, but lost the war. Because Smith managed to get him – against Dutch mores – to join the supervisory board of KLM, which elects its directors. Significantly, Smith said in an extremely succinct statement on Thursday that he is “grateful for the spirit in which the process (of succession – red.) has taken place’. With five French against four Dutch commissioners, Elbers’ fate was actually already sealed in 2019.

French newspapers report that Air France-KLM wanted to announce last July that Elbers will leave in 2023. The KLM employee would have offered that himself. The announcement was shelved twice. A headhunter would have started the search for a successor months ago.

If Elbers indeed indicated last year that he wanted to make way in 2023, there is something to be said for the observation that Willem Schmid, chairman of the pilots’ union VNV, made about the departure of the CEO. ‘There can be all kinds of reasons, including that he thinks it is beautiful enough after the tropical years he has made.’

They have certainly been tropical years. Elbers has always felt more comfortable on the shop floor than on the executive plush, employees say. The struggles at the top could sometimes be read on his face. At press conferences, the KLM man looked wary.

The pandemic left its mark. Elbers said goodbye to 6,000 of the 32,000 employees. The love for the “blue family” he often spoke of was not always mutual. In 2020, for example, the pilots refused to agree until the last minute with the wage interventions demanded by the cabinet in exchange for the billions in corona support.

For parts of society, too, KLM’s continued existence was anything but self-evident. This also plays a role in the climate debate. Worldwide, airplanes cause only 2 to 3 percent of CO2 emissions. But the noisy metal birds with their dark plumes of smoke are a rewarding, visible target for conservationists. Also ‘Mr. KLM’ had to defend his passionate love for flying more and more fiercely. Elbers leaves his ‘blue family’ devastated in more ways than one.

Petrus Johannes Theodorus Elbers
Born on May 11, 1970 in Schiedam


Elbers is married and has three children