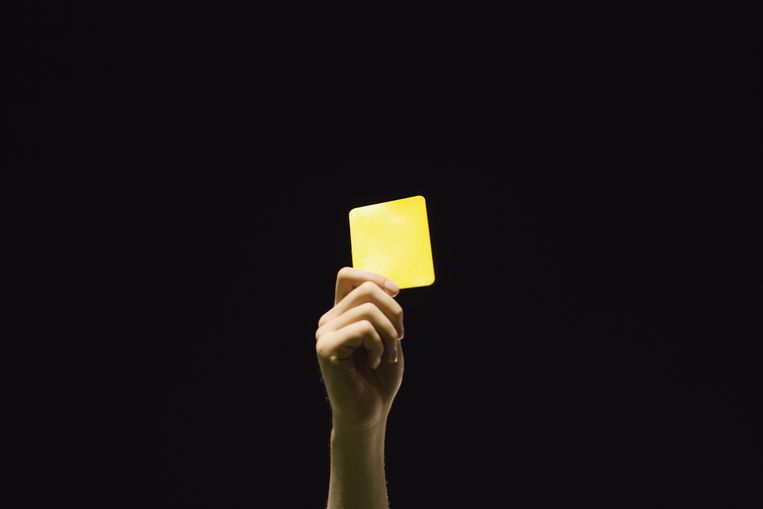 For the Netherlands it is a unique case: the police have started an investigation into spot fixing in the premier league. This is a form of match fixing in which not the result is manipulated but a detail, such as causing a penalty or a corner kick.

In this case, it was about getting a yellow card, according to reports from the NOS. A gambler bet 3,000 euros in January that a premier division player who up to that moment, halfway through the competition, had received zero cards, would now be banned. The gambling company’s warning system caught on, because normally such a detailed bet involves tens. When the man won 13 thousand euros and two others cashed 1,000 euros, alarm bells went off. Especially when it turned out that it was an illogical offense, far from a penalty area.

Much is still unclear about the police investigation. As far as is known, it focuses on scamming the gambling company. The gambler says he just got lucky, reports the NOS. The broadcaster does not release the name of the footballer in question, because the investigation is still ongoing.

It concerns Sparta defender Tom Beugelsdijk, according to a statement from his club on Monday. A video from January shows that he takes down PSV attacker Noni Madueke at the center line. Sparta has discussed this with Beugelsdijk. The player confirmed that he had been confronted by the NOS with this story, but denied any involvement: he allegedly made the offense ‘in the heat of the battle’. Sparta believes in its innocence.

In match fixing, money is used with insider information on manipulated results or events in a match. It can cost gambling companies a lot of money because they have to pay out ‘successful’ bets. In addition, fixers and athletes who work with them undermine confidence in the sport.

Because there are often no ‘direct’ victims who report it, match fixing is difficult to prove. Bribers usually pay in cash, athletes have no interest in confessing. Otherwise, they risk not only a suspension or a criminal case, but also a conflict with criminals. There have been indications for years that Dutch players manipulate tennis and football matches, but no one has ever appeared before a criminal court before. This begs the question of whether this will lead to a lawsuit.

The Dutch police once conducted a lengthy investigation into match fixing. The reason was the disclosure of de Volkskrant, in 2015, that an Asian gambling syndicate had manipulated duels in the premier league. Research by this newspaper showed that footballer Ibrahim Kargbo received money in 2009 to let Willem II lose a lot to Ajax and Feyenoord.

Investigators found quite a bit of evidence. In the mailbox of the match fixer, the Singaporean Wilson Raj Perumal, there were dozens of emails to and from Willem II’s player. Part is about the Netherlands, with concrete amounts and competitions.

Clues piled up. Perumal, for example, was approached by the military police at Schiphol after Feyenoord-Willem II at the end of 2009. The Singaporean had 60,000 euros in cash with him, but had failed to report this.

Perumal even made a partial confession, during an interrogation in Hungary in 2016. The fixer felt free to speak up because his case was barred and he could no longer be punished. Perumal said he has given Kargbo money several times to influence duels. In one case, Ajax-Willem II (4-0), their intention would have been successful.

Still, the Public Prosecution Service did not want to bring the case to court in 2017. According to the OM, there would be ‘insufficient legal and convincing evidence’. That decision sparked criticism from experts who saw match-fixing cases with less evidence being brought to court abroad.

The police were unpleasantly surprised at the time. “We thought we had enough evidence,” said one of the detectives in this paper. “You have emails, you have a suspect who confesses, and it’s still not enough.”

It seems a bad sign for the new case. ‘If everyone denies, it is difficult to prove fraud or match fixing,’ says Marjan Olfers, professor of sports and law at the VU University in Amsterdam. ‘When I see the images, I think it’s a remarkable offense. But that is not proof, at most an indication. This also applies to suspicious betting patterns. You need a lot more for a criminal case and a conviction. ‘