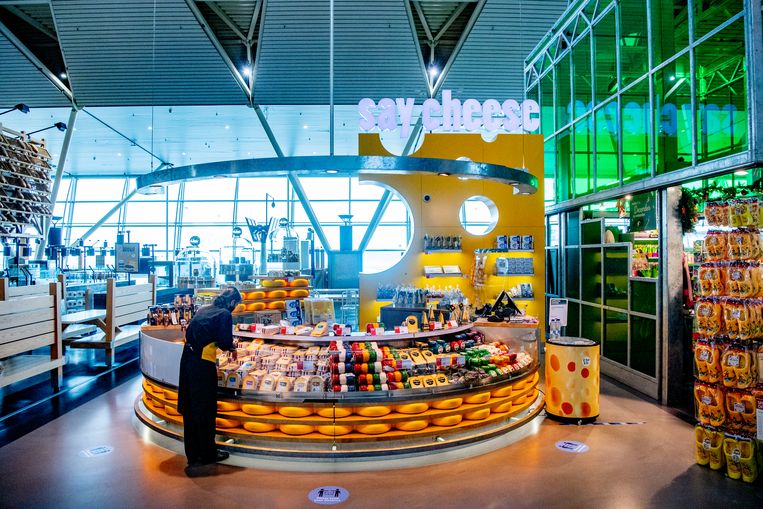 A spokesperson for the Ministry of Infrastructure and Water Management confirms that an exception has been made to the limited closing times for shops at Schiphol and other airports after the security check. Essential shops in the Netherlands have to close at 8 o’clock in the evening, non-essential shops even at 5 o’clock, in order to limit the number of contact moments.

The measures also apply to shops at airports for customs, which are accessible to everyone. Shops behind customs, on the other hand, are allowed to remain open until late at night and will remain so. “Passengers from all over the world come to the airport, who fly to and from other time zones,” says the spokesman for I&W. ‘These people are sometimes on the road for a long time, so the shops are open so that those people can also buy the products they need. That can also be from a non-essential store.’

At the time of the curfew, a very limited number of shops were open at the airports, but according to the spokesperson, an exception was also made for shops behind customs during previous (partial) lockdowns. The difference is that in the past air traffic was much more blocked than now, say employees of shops behind customs at Schiphol. de Volkskrant spoke. They want to remain anonymous because they are afraid of losing their job.

“It is often quite busy, it is not always possible to keep a distance and not everyone has the mask on properly,” says an employee of an electronics store, behind customs. “That’s not always comfortable.”

An employee of another non-essential store behind customs says he does not feel safe. ‘People are close together on the plane even though we know that infected people are traveling there. The corona literally flies around our ears. The government says it wants to avoid crowds with limited opening hours. We are the core of corona and we must stay open.’

According to the employee, there are many colleagues who do not feel completely safe. It does not help that there are air passengers who have tested positive for the omikron variant. “It’s a very scary situation. You can’t tell me that we run as much risk as employees of a store in a normal shopping street.’