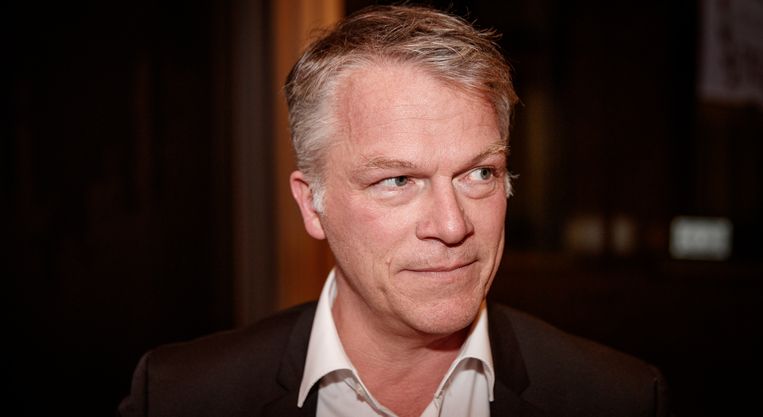 Bos succeeds Marc van den Tweel, who left after a few months to become director at NOCNSF. The appointment is for four years. This is an unpaid position. The board stated that the managerial experience of Bos, his network and his love for cycling were decisive. Bos has been CEO of Invest-NL since 2018. The investment company finances companies that set up sustainable and innovative projects.

In the press release you call yourself a fanatic leisure cyclist. That requires justification. Frequency, distances, averages.

‘I started when I was still a minister. My wife said I should start living healthier. I now cycle two to three times a week. Sometimes I sit inside on the Tacx, an exercise bike, for no more than an hour. Outside I get 30 to 50 kilometers on weekdays, at the weekend I get to 60 to 100. I always try to stay above an average of 28 kilometers per hour.’

The combination of Forest and bicycle came quite out of the blue to the outside world. You were a football fan, Feyenoord supporter.

‘That hasn’t changed. You can have several great loves. The difference is that I don’t play football myself. My knees aren’t good enough for that. I have never advertised that I cycle. Then you will receive requests from them whether you can be filmed or interviewed while cycling. I wasn’t interested in that at all.’

Have you ever been in the picture for a board position at Feyenoord?

‘New. That was more in the category: you are a Feyenoord fan, you can manage and if there was a chance to bet on a candidate, my name quickly came up. It wasn’t offered to me, it was never serious.’

What moved you to aspire to the presidency of the KNWU?

‘Sport, and as I said, especially cycling and football, has a special place in my heart. I also think it is important to do voluntary work in addition to a paid job. I was chairman of a patient association for people with congenital motor disabilities and chairman of the Giovanni van Bronckhorst Foundation. It offers children with learning disabilities extra education and sports programmes. The deadlines for both organizations have expired. So I had time to spare and a lot came together in this vacancy: sport and doing something for the people and the country.’

In the presentation, the board stated that you immediately held up a mirror to the union. What did you show them?

‘In the first place I mainly told that I am an outsider. I want to use the first 100 days to really find out what’s going on. I certainly see the challenge. The KNWU is a broad association, in which besides road cycling there is room for other disciplines, such as track cycling, BMX and off-road, mountain biking and cyclo-cross. That is a great strength, but at the same time it makes the organization vulnerable. You have to divide time, attention and resources in such a way that everyone feels at home. Other disciplines must have the idea that they also benefit from the investments in road cycling, local associations must see the benefit of supporting top sport.’

That already points in a direction.

Top players are needed. On Monday at the conference of my appointment, I spoke with director Richard Plugge of Jumbo Visma, and Merijn Zeeman, the sports director of the team. They said that they do not have a successor to Tom Dumoulin, as a Dutch winner in a grand tour, in sight at the moment. Let me formulate one objective in all modesty: we will really have to find it and help develop it. That releases so much energy. So many young people mirror that.’

That can be a quest. Among young people, the number of licensees is steadily decreasing.

‘That goes for road cycling. This is much less the case in the other disciplines. You can imagine talent transferring from the track or mountain biking and cross country, or even from other sports. The most successful rider at Jumbo-Visma, Primoz Roglic, started as a ski jumper. There are several roads that lead to Rome.’

You would also like to see more Dutch people represented in international cycling associations. Are you perhaps already looking further into the sports world? Your predecessor soon became general manager of NOCNSF.

At which match will you be seen in function for the first time?

‘I do not know yet. The World Championship track in Roubaix is ​​coming. Maybe it will work there. That’s the beauty of this position: besides working hard, you can attend fantastic events. I’m really looking forward to it.’