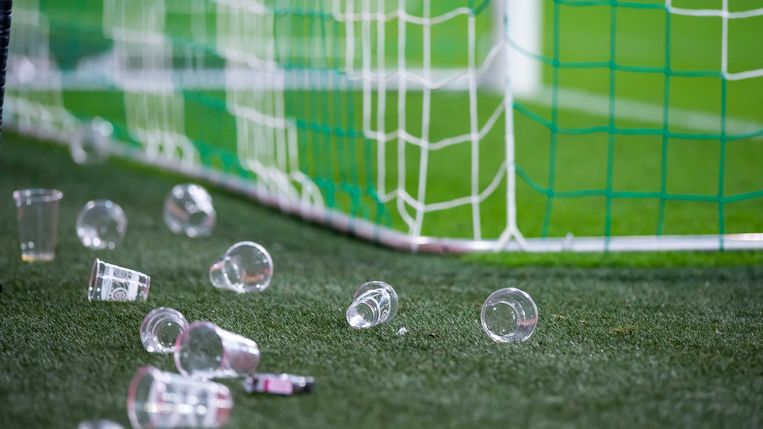 On Wednesday, the KNVB announced that in the first rounds of professional football there were considerably more disciplinary cases regarding misconduct by supporters and more stadium bans were handed out than in regular football seasons. The football association and the Eredivisie suspect that this is due to restrictive corona measures that have been in effect for a long time: football supporters should vent their frustration.

The culmination of the increased misconduct was the series of incidents surrounding NEC-Vitesse last Sunday. Supporters of the Gelderland rivals deposited offal in sensitive areas (where a loyal fan of the opponent had died), fought each other with axes at a gas station and clashed with the police at the Goffert stadium in Nijmegen.

Those incidents were the direct reason for the KNVB, the clubs, the two professional leagues and the supporters’ association umbrella organization Supporters collective to come together. The aim of those talks was to arrive at new measures that will apply in every football stadium. The KNVB announced the measures on Thursday.

Fairly new in the Eredivisie this season is the massive beer throwing from supporters to opponents such as goalkeepers or players who are about to take a corner. So far, the effect of the beer tossed has been different: one time the referee stopped the game, the other time the referee admonished the corner taker to kick the ball quickly so that the player was rid of it.

Now the clubs and the KNVB have agreed that when throwing plastic cups of beer and other objects, the stadium speaker will first warn. If the supporters are still unable to behave, the match will be stopped and the catering will be closed at the relevant supporters sections. The KNVB also wants to give beer throwers a national stadium ban of at least one year from now on.

In addition, from now on, fans can only attend an away game of their club if they have a so-called away card. This is a special pass that supporters can request at the start of the season to get priority when purchasing a ticket for an away game. At least until December, all supporters who want to go to an away game must have such a card. In this way, the KNVB and the clubs keep more insight into who is in the away sections.

The KNVB and the clubs hope to prevent ‘the good from suffering from the bad’ with punishments for individual troublemakers. But if the incidents continue, the football association threatens to suspend matches or exclude supporters.