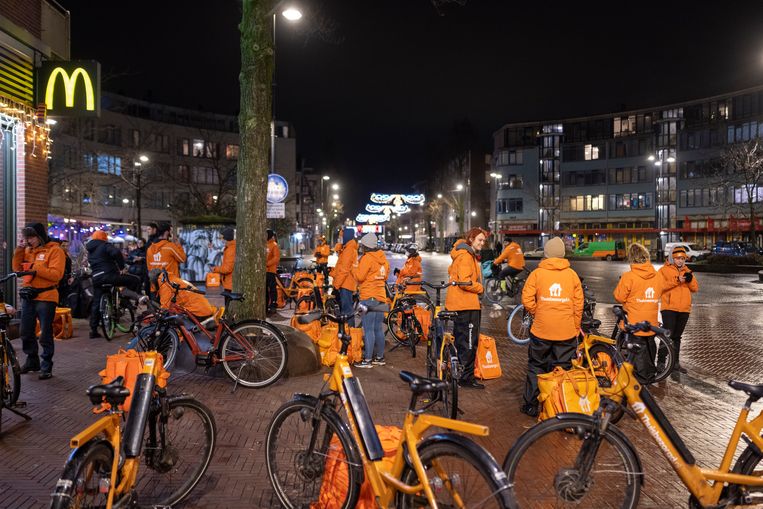 Over the past year, JET’s operating margin has been between minus 1 and minus 1.5 percent. “It is still difficult to be profitable in this industry,” said founder and CEO Jitse Groen on Wednesday in an explanation of the figures for the fourth quarter of 2021. “Our company is now six times larger than two years ago. We are already making a profit in the Netherlands, Germany and Canada. We could have already presented profit figures in England, but we are opting for additional investments. Meal delivery is not a sprint, but a marathon.’

In the third quarter, JET still grew by 25 percent, the stagnation in the fourth quarter did not come as a surprise to Groen. ‘We knew that 2021 would be the peak year in losses, partly due to the corona crisis. Due to the lockdowns, many offices are understaffed and we immediately notice this in the number of orders for lunches or meals during overtime.’

Groen announced that losses over 2022 will be reduced, although JET will still be in the minus. Investors were not impressed. At the opening of the stock exchange in Amsterdam, the JET share fell by 0.8 percent. In particular, the growth of Just East Takeaway in America remains at 6 percent in the fourth quarter (and 19 percent over 2021) a lot lower than in Europe. Groen feels the pressure of the shareholders who find the value of the share too low.

In October, activist shareholder Cat Rock insisted on the sale of Grubhub, because JET would have enjoyed the American market with that acquisition. In the United States, JET is a small player. Analyst Nico Inberg of De Aandeelhouder noted that Just Eat Takeaway itself could become a prey for the large American meal delivery companies. ‘DoorDash or Uber Eats could take over the company, Groen is not the boss in-house to prevent that.’

Initially, Groen rejected a sale of Grubhub, because the American company was only recently acquired. On Wednesday, he will be more reserved. ‘Catrock didn’t ask us to sell Grubhub, that company sees a third owner as a better solution. We look for improvement in America, it can be a strong partner or something else. Grubhub is sixty percent larger than before the pandemic, but we are used to being number one in this sector. In the United States we have several challenges.’

Groen is also looking for economies of scale this year. In Canada, JET is also the market leader and has established its own grocery delivery service and network. In the Netherlands, the market is crowded. Supermarket chain Jumbo recently announced a partnership with the Gorillas flash deliverers. Could Albert Heijn be an option for JET? Groen: ‘We also work with Jumbo’s La Place restaurants, but Albert Heijn is a possibility. We have several options, also in the Netherlands.’