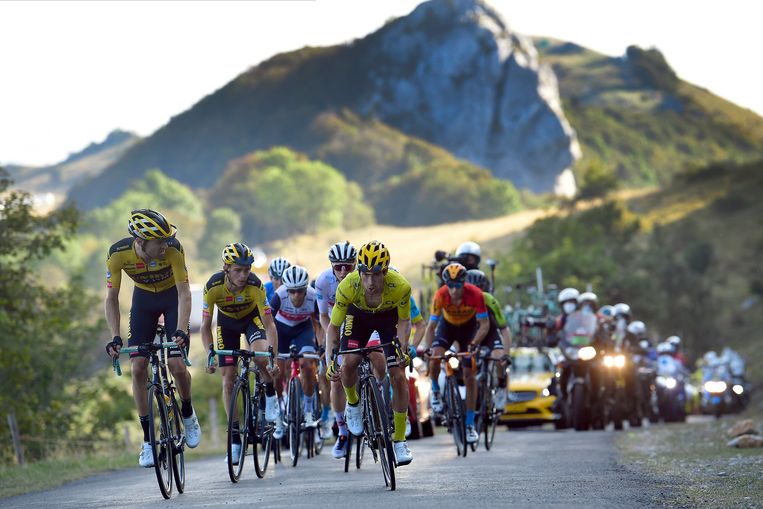 The team announced the division of roles on Friday in a series of videos with riders and team management, recorded at the training camp in Spain, near Alicante. The usual team presentation in their own country was omitted due to corona restrictions.

Dumoulin, seventh in the final classification in 2020, is at peace with Roglic being the most important asset in the Tour. “He is currently the best rider in the world.” He does not give up his own chances for the yellow in Paris. ‘I came second in 2018. That also means that you are able to win it. ‘

He is enthusiastic about the course, which includes two time trials of 58 kilometers in total. His second place last year in the stage against the clock on the penultimate day in the Tour has given him confidence. He finished behind the later Tour winner Tadej Pogacar, who then rode his compatriot Roglic out of the yellow jersey. ‘The capabilities were good. It’s still about small things like the position on the bike. ‘

Kruijswijk, who was not present last year after a fall in the Critérium du Dauphiné, said he would like to help the team to the victory, but he also did not rule out that he himself could be the rider to be played out.

Whether the team will want to control the race as in the previous edition, when the yellow and black continuously set the pace, remains to be seen. Driving may be more aggressive. Jumbo-Visma was accused of failing to cash in on the collective strength at the time.

According to sports director Zeeman, the situation has now changed. He now sees Pogacar as the top favorite. ‘He is by far the best on the time trial. All classification riders have a problem. You will have to anticipate that. That challenge lies with all competitors. The pressure is on Pogacar. We will make it as difficult as possible for him. ‘

The tour selection of the team also consists of Robert Gesink, Mike Teunissen, the American Sepp Kuss, the Belgian Wout van Aert and the German Tony Martin. Van Aert would be given more freedom compared to last year; he has aspirations for the green jersey. He extended his contract this week until 2024. In the two other big rounds, the team will also use others for the general classification. In the Giro d’Italia the cards are put on New Zealander George Bennett, in the Vuelta on Kuss and Kruijswijk.

Last year’s unforeseen victories for Van Aert in Milan-San Remo and for Roglic in Liège-Bastogne-Liège have led to more explicit ambitions in the spring. The aim is certainly to win one monument again. Wout van Aert is the leader in the Tour of Flanders and Paris-Roubaix. It is striking that Dumoulin avoids the hill classics in the Ardennes and also skips the Amstel Gold Race again. He now rides the Ronde and the E3, cobblestone races in Flanders. ‘I wanted to change course. I have always loved classics like this. ‘ Roglic will drive the Amstel, the Flèche Wallonne and Liège-Bastogne-Liège.

Zeeman announced that top sprinter Dylan Groenewegen, who forced Fabio Jakobsen into the gates in the Tour of Poland last year, will be carefully put back on course. In the first instance he will mainly ride smaller races. On May 12, a few days after his suspension, he returns to the peloton in the Tour of Hungary. ‘We hope he can find himself again. The intention is that from the beginning of 2022 he can feel like a full-fledged rider again with nothing special anymore. ‘