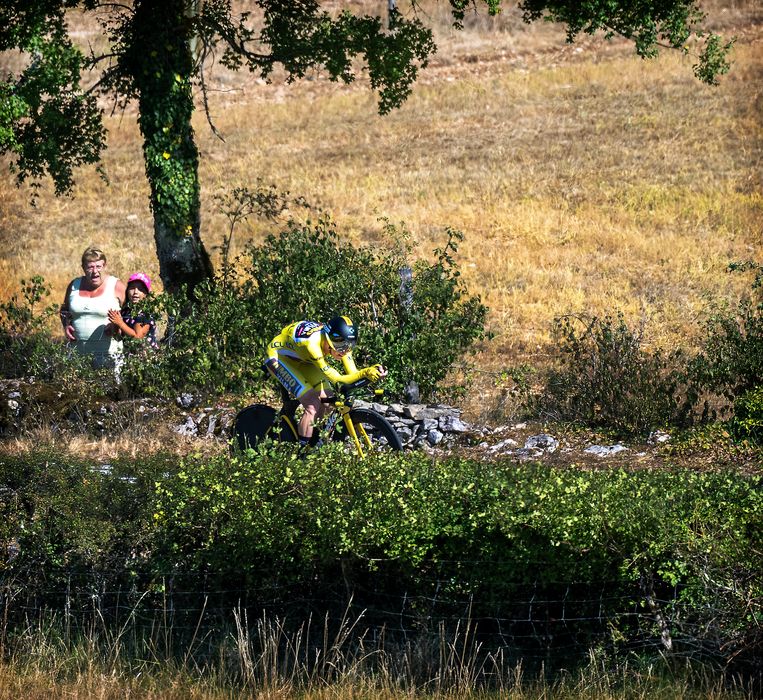 To win a Tour de France, it helps to lose a lot first. This often happened to Jumbo-Visma and its predecessors. For years, when yellow-black riders were on TV, it would say ‘arrière de la course’ – back of the race.

In 2017, with a sponsor putting more money into it, things started to take off, with two riders taking Tour stages: Primoz Roglic and sprinter Dylan Groenewegen. In 2020 it seemed so far: the first Tour victory. However, that slipped out of Roglic’s hands in the final time trial. Then 2021, the team thought. Once again, the team missed out on the win. Half the team dropped out. The other half showed resilience: there were four stage wins and an unexpected second place for Jonas Vingegaard.

“That’s how it has gone in every Tour I’ve experienced so far,” says sporting director Merijn Zeeman. ‘There are silly moments, when suddenly everything you want to achieve can be dashed.’ Everything went wrong this Tour, especially in the fifth stage, the so-called Roubaix stage. This time without consequences for the yellow end result. ‘We have been preparing for this Tour for months and therefore also for adversity.’

Almost at the same time, the first designated leader, Roglic, ran into problems due to a heavy fall. Leader number two, Vingegaard, had to deal with unwilling material. But immediately both riders got helpers with them to limit the loss of time. For Roglic that was 2 minutes, against 13 counts for Vingegaard. Circumstances thus determined the choice: the Dane was the new leader.

Learning from what goes well

Vingegaard did something last year in the eleventh stage of the Tour de France that more or less laid the foundation for his Tour victory this year. It was the second time that the riders went up the Mont Ventoux in a stage that teammate Wout van Aert would later win. Where everyone expected an attack from Pogacar, suddenly the man without a profile, Vingegaard, jumped from the wheel of the two-time Tour winner. On a steep part of that long climb.

‘In mountain stages’, Zeeman explains, ‘you always have to know exactly when to make an effort and when not to. If you don’t have much experience or are brash, you can kill everything.’

Jumbo-Visma extensively analyzed, discussed, considered and weighed that attack by Vingegaard, which made him 40 seconds earlier at the top of the Puist of the Vaucluse than Pogacar, who rejoined in the descent.

‘To get the best out of that data, you have to get very deep into this sport and understand everything about physiology. What we saw and learned on the Ventoux then, we have used this year on the Col du Granon and the Hautacam.’ Those are the two climbs where Vingegaard opened the attack on Pogacar, resulting in a lead of 3.5 minutes in total.

Don’t take anything for granted

When first Egan Bernal and then Pogacar won the Tour as the youngest men in a century, the comment was everywhere: we can move forward with that for years. ‘I find that incredibly opportunistic’, says Zeeman firmly. “The Tour is such a tough race and so much can happen.”

According to the head coach of Jumbo-Visma, Vingegaard has experienced a considerable mental development – ​​’a matter of more and more experience’. The 2022 Tour winner recognizes situations earlier, has gained even more race insight and speaks out as a leader as a result of greatly increased self-confidence.

‘But I will absolutely never say that Jonas will win the Tour in the coming years’, Zeeman warns.’ We cherish this Tour victory and we will try again next year. But then someone else can just stand up.’

Don’t wait for the Dutchman

It has been ten years since the Netherlands did so badly in the battle for the yellow jersey. Bauke Mollema is the best Dutchman in 25th place. In 2012, Laurens ten Dam entered Paris as the 28th. Jumbo-Visma appeared at the start with one Dutchman, Steven Kruijswijk, one of the country’s best round riders ever. He dropped out. The Dutch team wins stages and classifications with a Dane, a Belgian and a Frenchman.

We have to be patient for years to come, says Zeeman. His team, together with the KNWU and NOCNSF, took the initiative for CyclingClassNL. Hundreds of talents are tested, according to Zeeman, which results in a selection that is professionally supervised. ‘It is the law of large numbers: in the end boys and girls are left who can compete at the highest level.’

According to Zeeman, it is impossible to recognize early whether there is a round talent among them. ‘In any case, it must be a climber type and be able to combine that with time trial.’ Whether a rider can handle a three-week round must be shown in such a round. In the last Giro, two talents, Gijs Leemreize from Jumbo-Visma and Thymen Arensman from DSM, soon to be Ineos, turned out to have an excellent third week. ‘It is impossible to predict whether a Dutch Tour winner will arrive, but with our initiative we will at least increase the chance.’

Continuous innovation and professionalization in cycling is a matter of money. Jumbo-Visma is one of the teams with the largest budgets. Only Ineos is obliged to disclose the budget: approximately 50 million euros. That of the Jumbo-Visma skating and cycling team is said to be around 30 million – in average it is 20 million.

Part of that money goes to what the team calls ‘performance improvement with a scientifically based approach’. Sponsors are selected for their contribution to this: from compression socks and health mattresses to sports nutrition and skin care. Vingegaard explained on Saturday why his time trial is so much better than last year. “I can kick off a greater power.” It is the result of wind tunnel tests at Eindhoven University of Technology, where considerable work has been done on its aerodynamic position.

Science and cycling was not always a positive combination. The Rabobank team, a predecessor of Jumbo-Visma, has also had doping sinners helped by medical scientists. That was a completely different time, is the angry reaction of Wout van Aert, the star of the team last Tour. Cycling has changed, he says. We are so good because of better training, materials and nutrition than the competition. Vingegaard reacts less grimly when he is asked whether the dominance of Jumbo-Visma this Tour came about ‘clean’. “I can look you all in the eye and say: no one with us takes illegal drugs.”