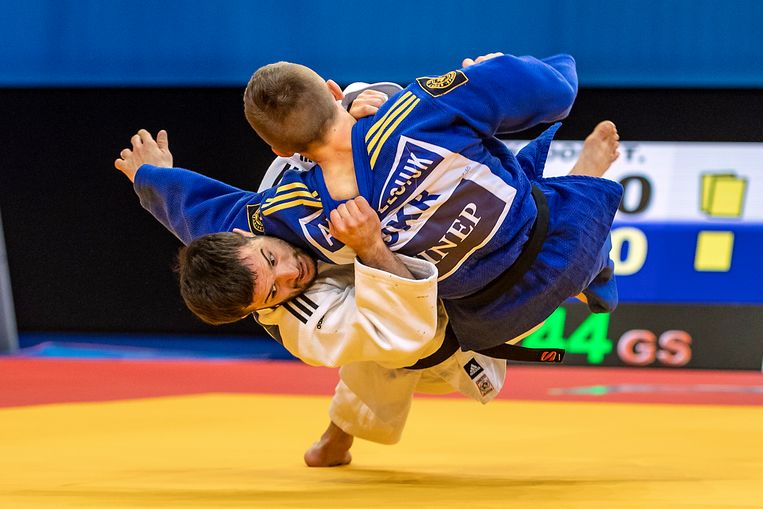 Tornike Chakadoea took up the fight last weekend at the place his parents fled in the early 1990s due to the political situation. The 24-year-old judoka from Drachten, born in a Dutch refugee center, wanted to enter the tatami in the place where a large part of his family still lives: Georgia.

Chakadoea was the only male judoka who participated on behalf of the Netherlands in the grand slam tournament in the Georgian capital Tbilisi, which for the Dutch judokas did not count as a selection moment for the Olympic Games in Tokyo next summer. H.ij grabbed just off the bronze in the class up to 60 kilograms.

“They know who I am in Georgia,” says Chakadoea, who has already secured a ticket for Tokyo. ‘Judo is the number one national sport there, like football in the Netherlands. Martial arts are part of the culture. My matches are regularly broadcasted live on television. In Georgia they see me as the Georgian judoka who plays for the Netherlands. ‘

The current number twelve in the world in the lightweight class himself sees that differently, although he gets warm feelings when he thinks about both the Netherlands and Georgia. After his birth, Chakadoea stayed in an asylum seekers’ center in Leeuwarden for four years, but cannot remember much of that time. The first memories date from the moment he moved to Drachten with his parents and sister.

With a judo teacher as a father, it was soon established which sport little Chakadoea would practice. At home he had a judo doll to practice with and not much later he became a member of the local association in the Frisian village. “I didn’t really like it, but I was good at it,” said Tsjakadoea, who was raised bilingually.

With his way of judo he deviated from the style of other Dutch judokas. Where they mainly emphasized technique and tactics, Chakadoea had inherited the fight as a kind of wrestler, as Georgian judokas are taught. “In the Netherlands there is more attention for how to properly grip your opponent and keep them away from you, while Georgian judokas prefer body-to-body fights.”

Over the years, the 2016 European Junior Champion has put his own spin on it, combining the best of both worlds. Although it is not the only reason that the judoka, who for a long time carried the label ‘lazy’, made great leaps in the world rankings in recent years. He has come to live more like a top athlete; he pays more attention to his diet and goes to bed earlier.

Chakadoea is the only male judoka who can represent the Netherlands in the category up to 73 kilograms, although there is a good chance that he will have to compete against someone who is heavier than him. In contrast to many Asian countries, the Netherlands has few high-level light judokas. That is not surprising with an above-average population. The 1.63 meter long Chakadoea with Georgian roots is a welcome exception.

‘In the beginning it was a disadvantage because I had few good sparring partners to train with. But nowadays there are more and more judokas at Papendal against whom I have to go to the extreme and who make me better. I also regularly go abroad to measure myself there with other lightweights. ‘

On average, he travels once or twice a year to his parents’ country, which he says is his second home. To train or to celebrate a holiday. But the thought of coming out as a judoka for the judo-crazy Georgia instead of the Netherlands has never been a serious consideration for him.

Tsjakadoea: ‘I was born here and I owe a lot to the Netherlands. All my friends live here and life in the Netherlands is better than in Georgia anyway. Moreover, the international rules stipulate that you are not allowed to practice judo for three years if you want to compete for another country as a judoka. ‘

So, after Ruben Houkes’ bronze medal at the Beijing Games in 2008, he can become the first Dutchman to win an Olympic medal as a lightweight. “I’m going to the Games to become an Olympic champion,” says Chakadoea. ‘I know one thing for sure: if it works, it will be a party in both the Netherlands and Georgia.’