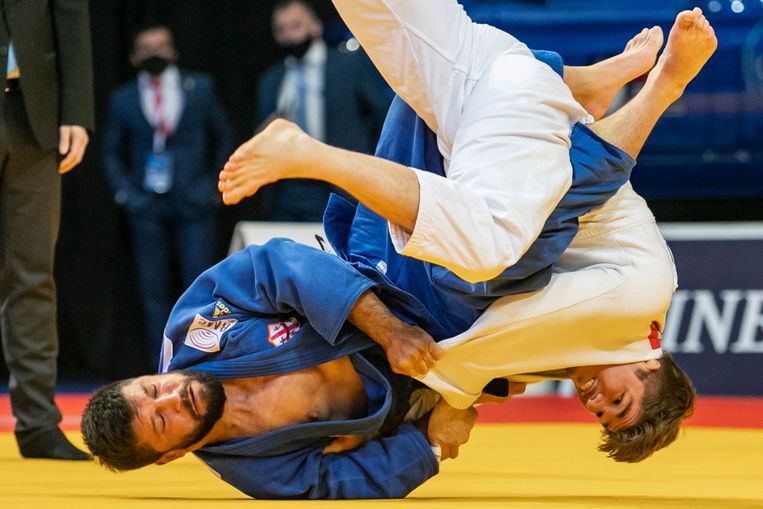 The Dutch judo team appeared at the European Championship concluded on Saturday in Prague, mainly with the aim of assessing its own international position. Corona had left the tatami for a bad year. “Oh, we are happy that we were able to experience a tournament,” said national coach Maarten Arens.

It must be concluded that the ranking of the Netherlands in the European field was disappointing. The tournament in the Czech Republic, held under strict sanitary measures, earned the Dutch only two medals, both for the women: Sanne van Dijke (silver) and Juul Franssen (bronze).

This immediately made it the least productive European Championship since 2011. Moreover, for the second year in a row, no Dutch judoka came off the podium with the champion medal. In 2018, Kim Polling was the last continental champion on behalf of the Netherlands. She was missing in the Czech Republic due to fear of corona.

In the ranking, led by the supreme judo country France (five times gold), the national team ended up in twelfth place. For the first time in ten years, the team fell outside the top ten. Anyone who is aware of Arens cs’ aim to conquer a permanent place in the global top eight, at least two million euros has been allocated per year, would expect a disappointed coach.

From behind his mouth mask, even compulsory when making a call, the national coach spoke of a certain joy that there had finally been a judo tournament again and that he had been there with a Dutch delegation. “And yes, we would have liked to get a third medal.”

That third medal would have been won if Kim Polling or Henk Grol had participated in the European title fight. Later he also spoke of the absence of Michael Korrel and Guusje Steenhuis. Polling, recovered from a previous corona attack, could have been, but was insistent. The coach had applied no pressure to get the Italian-based judoka to Prague. ‘I have had no doubts about that. Athletes themselves determine whether they are fit enough. Whether they can do these special times to trade. ‘

The judo association had removed a pressure medium beforehand. The tournament did not count towards the internal Olympic qualification. Those who feared could stay at home.

In the case of Henk Grol, with Roy Meyer dueling for the one Dutch starting place in Tokyo for the category above 100 kilograms, the changed status of the European Championship was a godsend. He had to cancel last week because he was diagnosed with an infection. Meyer had been hit before, but was able to leave for the European Championship, with very limited success by the way.

Grol’s absence was seen by Arens, his personal coach, as a direct downside for the medal table. Henk gets a medal almost every European Championship. He’s a certainty. ‘

Corona has created uncertainty in judo. The only thing that is certain is that the judo year in Prague has finally come to an end. Arens: ‘The international judo federation IJF has communicated this. But everyone is in the dark about what will happen next year. Nobody knows which tournaments are being held. How that will affect our Olympic selection process. There may be a Masters in Qatar in January. There would be a World Cup prior to the Olympic Games. Paris, February’s great Grand Slam, is likely to move to May.

‘Everyone is waiting for the decisions about this, but it is already difficult to look two months ahead. You do not know what the health situation in the world looks like. It is difficult for the planning, for the periodization and also for making the final selection for Tokyo. ‘

Arens, like many of his colleagues in other sports, has tough months ahead. Preparations for the postponed Tokyo Olympics, now in July 2021, must continue. However, the corona virus is far from being contained. Vaccination would be a way to train more safely, with at least 90 percent less chance of infecting each other in this contact sport.

Arens: ‘I don’t dare to say anything about that. I must first consult with my medical staff and the NOCNSF Olympic Committee. I understand that vaccination is not mandatory for the Olympic Games. Some people don’t even want such a vaccine at all. I find this a very difficult matter. Also because I think there are just as good, other ways to keep it safe. ‘

Technical director Tjaart Kloosterboer spoke last week of an earlier and longer bubble in the months before the Games. This would also apply to top judokas such as Grol and Polling, who now have limited or very limited presence at the national training center of Papendal.

Arens from Prague: ‘We are looking to make it as safe as possible at our training locations. It will change how we fill that bubble every month. So far we have done very well. The training was only shut down for one or two weeks. There is always room for improvement, but we cannot complain. The infections were contracted in private situations. ‘