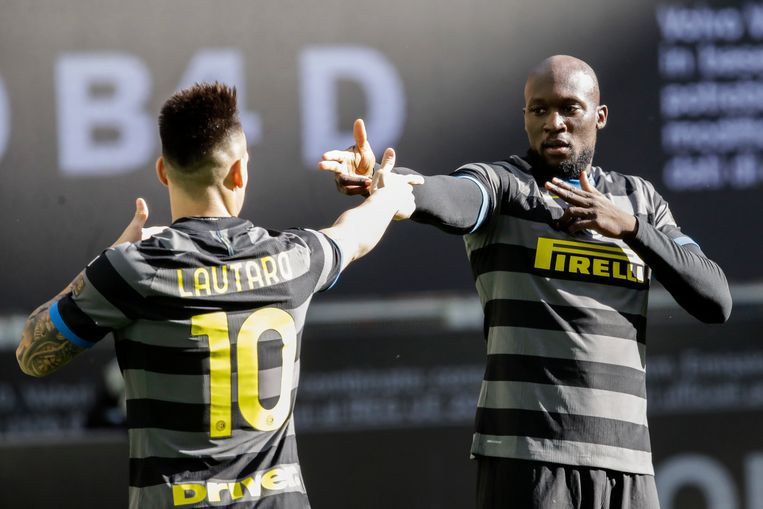 Van Nistelrooij and Nilis. Rebrov and Shevchenko. Raúl and Ronaldo. Bergkamp and Henry. Top football in the nineties and the first decade of this century was characterized by virtuoso striker couples. A real top club had not one, but two world top players at the point of attack.

This one one-two punch in the vanguard seems to be an outdated phenomenon. In the top five of the five major European leagues this season, one club will play in a playing system with two pure center strikers. We live in the football era of the all-rounder: with most teams there is at most room for one scoring specialist who does not interfere too much with the fight around the halfway line, but remains in the front waiting for that one chance.

Coach Antonio Conte’s Inter breaks with this modern football convention. His team plays with two strikers in a 3-5-2 system. In fact, strikers Romelu Lukaku and Lautaro Martínez are the big stars in the successful formation in Milan.

On Sunday afternoon it will not be long before the Milanese top duo strikes. After 33 seconds, Inter is 1-0 against Genoa. On a pass from Martínez, Lukaku completes one of his rushes with a hard, low shot into the far corner.

A well-known image for the blue and black contingent of football fans in Milan. Lukaku and Martínez have been scoring for Inter for two seasons. The Belgian (18 goals) and the Argentinian (13) are good for 31 of Inters 60 league goals this season. This makes the duo the second most scoring couple in the European top competitions. Only Robert Lewandowski (28) and Thomas Müller (10) of Bayern Munich were good as a duo for even more goals: 38.

Lukaku and Martínez also know how to find each other remarkably easily. Both the combination of ‘goal Lukaku, assist Martínez’ and ‘goal Martínez, assist Lukaku’ (both 4 times) are at the top of the league table in the Serie A from finisher-declarant with a hit.

In Milan, Lukaku (27) has become a world striker. In Italy, the Belgian striker, who was a basic player at Anderlecht at the age of 16, meets the sky-high expectations that he was unable to fulfill at Manchester United.

No longer is the very strong Lukaku (1 meter 91 long, 94 kilos heavy) dismissed as just a target man, as a physically powerful contact point that it lacks technology. His specialty, shooting at speed from a dribble, is a highly technical affair.

Also Martínez (23), who is about half a head shorter than Lukaku (1.74), cannot be categorized as a striker. It is true that the Argentinian drops more often towards midfield, but he is not a typical ‘second striker’ who, as a creative, operates in the shadow of the physically stronger partner.

The fiery Martínez is surprisingly strong, especially in the air. Since the arrival of Lukaku to Milan, the Argentinian has scored more goals with the head (7) than his tall attack partner (6).

With two complete strikers, Inter rumbles to the national title and Italy seems to get a different champion than Juventus for the first time in ten seasons.