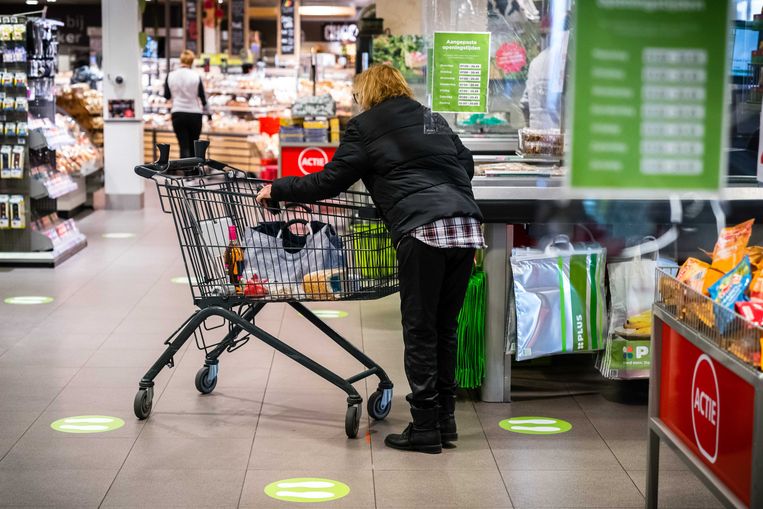 Yes, inflation simply makes us pay more money for less stuff. Statistics Netherlands measures this by keeping track of the prices of a ‘basket’ of goods and services. In the previous months, they were on average 1.9 percent more expensive on an annual basis. In May, that is 2.1 percent, the accountants announced on Tuesday morning.

That money is worth less is a worldwide trend. In the United States, President Biden is spending thousands of billions of dollars extra on corona support and infrastructure. Inflation there has risen above 4 percent. Economists expect prices to rise further in Europe this summer as well. Households will then spend part of their savings hoarded during the corona crisis. German inflation is already 2.4 percent. That is the highest level since October 2018.

It seems that there are different types of inflation. What’s up with that?

It is important to look at the underlying causes of the currency depreciation. This is partly caused by higher energy prices. Not surprising, because a year ago a liter of petrol was exceptionally cheap: almost 30 cents lower. Such developments automatically run out of the inflation figure.

Policymakers therefore prefer to look at core inflation. The strongly fluctuating prices of fuel and food are not taken into account. Core inflation is also rising in most countries. This is not least because companies are faced with a shortage of raw materials and parts, from wood to copper to computer chips. According to ING researchers, this causes production to falter at almost one in five Dutch factories. That can translate into higher prices.

How much should we worry about those higher prices?

Inflation is good for governments, companies and households with debts, such as a mortgage. After all, that loan will automatically become worth less. At the same time, people can buy less from their income. In the short term, the financial consequences are not spectacular. With the current inflation, the groceries we do now for 50 euros will cost 1 euro more next year. But for someone who will receive a supplementary pension of 500 euros per month in 2040, it makes quite a difference how fast prices rise in the intervening years.

The good news is that most experts assume that the higher inflation is only temporary. The problems with suppliers will be largely resolved next year. In its latest estimates for this year, the Central Planning Bureau counted on 1.9 percent inflation. In 2022, it is expected to fall back to 1.4 percent. There is only one. Workers can try to get more pay to compensate for the rising prices. If they succeed, companies will pass on those costs in their prices. In the worst case scenario, a ‘wage-price spiral’ will arise. This happened in the Netherlands in 1975, when inflation peaked above 10 percent.

Investors have already priced in such a rise in interest rates. The European Central Bank (ECB) will meet on Thursday to discuss its monetary policy. But the central bankers are aiming for a currency devaluation of close to 2 percent. Inflation expectations will remain below this for the time being, partly due to the poorer performing Southern European economies. The fact that prices are rising faster than expected does give the Northern European critics of the cheap money policy extra ammunition. That could lead to heated discussions in Frankfurt. ECB watchers nevertheless seem to agree that the ball is in the Americans’ court. First, the Federal Reserve will have to raise interest rates. Only then may Europe follow.

It seems that politicians and central bankers are happy with higher prices. Why?

It’s not a popular message with voters, but governments will indeed shed a tear over higher inflation. This is not only because of their debt mountain, which has grown further due to the support packages in the corona crisis. It also offers the prospect of higher interest rates. That would be beneficial for the pension funds. In addition, the current extremely low interest rates are creating dangerous bubbles in the housing market and stock markets. “If we get into a slightly higher interest rate environment, that would be a plus for society and also for the Federal Reserve,” Janet Yellen, the US Treasury Secretary, told Bloomberg news agency. “We are fighting against inflation that was too low and interest rates that were too low for a decade.”