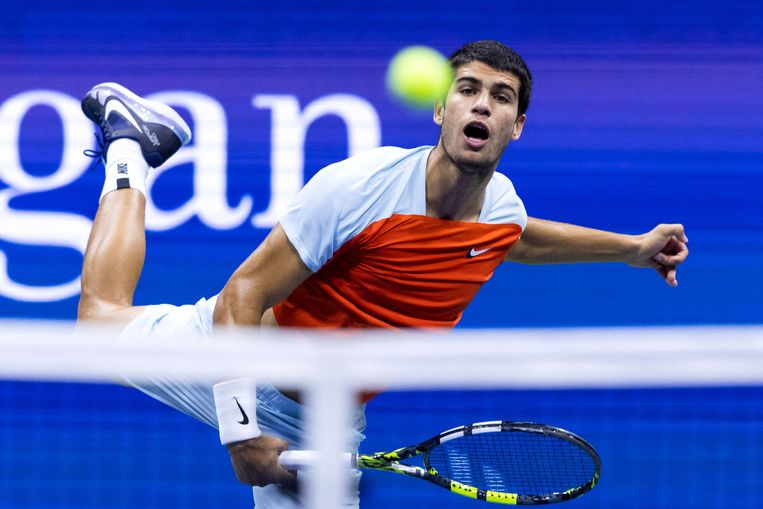 Spectators at the US Open were invariably excited after a hard serve, especially when the numbers on the speedometer at the edge of the track were displayed large.

Saves of 130 to 140 miles per hour have been no exception in New York for the past two weeks. The 19-year-old champion Carlos Alcaraz, who is not known as a service miracle, also regularly hit the ball at more than 200 kilometers per hour in the direction of his opponent Casper Ruud.

The speed of the serve is one of the most exciting numbers in tennis. But the numbers, as accurate as they seem, are also misleading. The numbers suggest that the receiving player gets a bullet fired at him by the server. In reality, the ball loses about half its speed in the short time it travels. Of the 200 kilometers on the speedometer, an estimated 100 kilometers are left at the time of reversal.

This has to do with the point at which the speed of the ball is measured by the so-called speed gun of computer manufacturer IBM. That doesn’t happen halfway through, when the ball crosses the net, or near the back line, where the returner is ready. The measurement is at the very beginning, when the ball just leaves the racket head and the speed is highest. On the way to the other side, the ball is slowed down by the air resistance. He then loses speed at the bounce against the ground. Then the air slows the ball down even more.

In practice, players are often meters behind the back line when they return, so that the speed at the moment of return is even lower. That certainly applied to Alcaraz and Ruud in the final of the US Open. This logically means that the ball often went slower than 100 kilometers per hour.

IBM’s speedguns could undoubtedly show that latter speed as well. But that choice is not made. The reason is obvious: the higher the speed of the storage, the more impressive the performance. The server is commended for his firepower. The returner can count on admiration when he returns such a bullet, and understanding when he sees the ball whizzing past.

A bit of deception to increase the spectacle: a moan who speaks shame about that. Moreover, even the best returners in the world struggle with a 100 km/h ball, if it is placed correctly. There is hardly any time to react: less than a second.