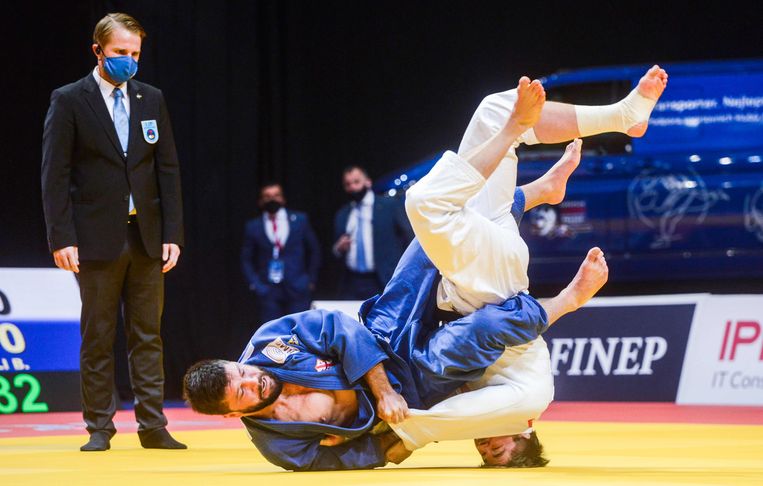 Exactly 245 days before the start of the Olympic Games in 2021, the Netherlands brought two world champions of judo to the mat at the European Championships in Prague on Saturday. One was the reigning world champion in the class up to 90 kilograms, Noël van ‘t End, the hero of Budokan 2019. The other was an ex-world champion, Marhinde Verkerk, the woman who got all of Rotterdam and the opponents from the category up to 78 kilos to her feet in 2009. It has an awfully long list of fine results.

In judo there is little respect for great champions, even if they recently put a superior Japanese on the back, like Van ‘t End at the World Cup in Tokyo last year. Judo is one of the most globally occupied sports, universality in Olympic circles. Asia dictates, especially now that Japan is the host country for the upcoming Games, but Europe also has many strong countries. Do not think that a Croat or a Georgian gives in easily.

After eleven months of forced inactivity (injury plus corona), Verkerk stepped onto the mat in the first round of her category up to 78 kilograms. She hit the Croatian Karla Prodan, thirteen years younger and seven places lower in the world ranking (26th 19). Prodan turned out to be able to keep the Dutch routine away with a long arm and placed a throw with the result: waza-ari 48 seconds before the end. After that Verkerk, who a few times engaged in a fruitless ground battle, no longer came close to a decisive countermove and was able to return to the dressing rooms.

She had imagined it differently, certainly on her birthday, but on the other hand, it was also to be expected that someone who had not been on the tatami in a competition situation since December 14, 2019 could be surprised. Verkerk was said to have rust on it. Coach Maarten Arens kept it to a lack of match rhythm and stated that he still has every confidence in this thirty-something who is fighting with the absent Guusje Steenhuis for the one Dutch ticket for Tokyo 2021.

Verkerk, who finished after two rounds at the World Cup last year, was this year plagued by a shoulder injury. Due to corona isolation, she trained in the Rotterdam dojo in recent months, with Dutch judo talents up to the age of 17, boys with whom she can spar well. She got tips from her old coach Chris de Korte, 82 now.

Furthermore, she told RTV Rijnmond, there was the telephone hotline with Arens. Last month’s Grand Slam in Budapest came too early, but Prague also turned out not to be for her. In January, when the Masters in Qatar are actually organized, she will be in better shape, is her expectation. 2021 will be her last year of judo.

High through the sky

Noël van ‘t End (29) had been obliged to become European champion. He is world champion and number two in the world ranking behind Spaniard Nikoloz Sherazadishvili. He was world champion in 2018. The two did not meet in Prague. Van ‘t End was thrown high through the air after 31 seconds in the quarterfinals by Beka Gviniashvili, a Georgian who is eight places lower in the world ranking.

In the resits, the Dutchman was unable to gain entry to the bronze medal competition. He lost to the Turk Mihael Zgank.

In front of the NOS camera, the world champion (up to 90 kilos) was disappointed but realistic. He had often, “almost always” beat Gviniashvili, but he had grabbed him in such a way that a flight followed. Van ‘t End tried to save himself with a headstand, “but I haven’t flown like that in ages,” he said of the ippon.

He owed it to himself that the resit was decided by three penalties. Passivity is punished in the judo fight. It was standing still where he should have moved. For example, Van ‘t End still does not have a European senior medal to his name.

The title in Prague went to the Russian Igolnikov, the number thirteen in the world, proving that in the top of judo anyone can beat anyone. Van ‘t End finished seventh.