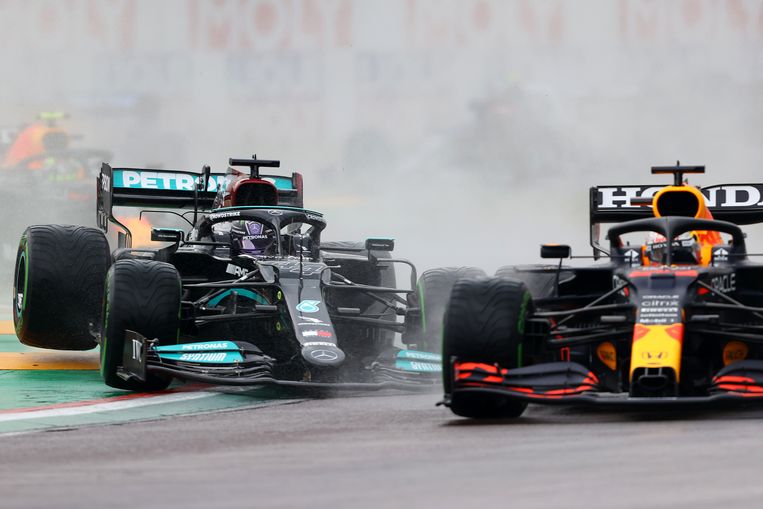 In a season in which he seems to be able to seriously compete for the title for the first time, Verstappen mainly lives in the here and now. “I try to get the best out of it every weekend.”

Meanwhile, the rest of racing is mainly concerned with the budding titan duel that the premier class has been waiting for for years: the one between seven-time champion Lewis Hamilton and 23-year-old Verstappen, who is seen as his full-blown successor. Hamilton won the opening race in Bahrain, Verstappen was the best two weeks ago in Imola. The difference between the two in the World Cup rankings is one point in favor of Hamilton.

For Formula 1 itself, after two races, it is no longer a question of which drivers in the 21 remaining races this season will be. The official Twitter account of the premier class kicked off the week towards the GP of Portugal on Sunday on Monday via a kind of movie poster with the images of Verstappen, Hamilton and the text ‘Round 3’. More than 50,000 Twitter users liked the message.

Verstappen had also seen the piece of Formula 1 propaganda, he said on Thursday in a video conversation with the Dutch press from the circuit in Portimão. “It makes sense that they do,” he said of the sport that has only seen Mercedes drivers win world titles since 2014.

‘It just makes no difference to me. I just hope we are competitive all year round. That is the most important thing for me. If that constantly leads to fights, that’s fine. But I’m not really concerned with that. ‘

The fact that the focus from the outside on the conflict with Hamilton is anything but distracting. For example, Verstappen ran into Hamilton two weeks ago after qualifying in Imola when passing. Among other things, it was explained in Italian media as a shoulder push. Verstappen: ‘I thought I had enough space to walk on and he just did his suit right or something. I don’t see anything behind that. ‘

These are peripheral matters that he wants to spend as little time as possible on. For him, only the next race and how he can perform optimally there in a car that should keep getting better.

In Portugal, Red Bull has also provided its RB16B with improvements. Verstappen did not want to say much about those updates. ‘But of course we hope to go a little faster again.’

This continuous development is essential in the battle for the title, he knows. In the longest F1 season ever, Verstappen is far from rich in the battle with Mercedes. Also because he saw with his own eyes how the Germans in 2017 and 2018 showed in the battle with Ferrari that they are perfectly capable of taking the title with an initially slower car.

“And I think it can and must be improved everywhere,” said Verstappen. “Every race we just have to find a little more time in our car.”