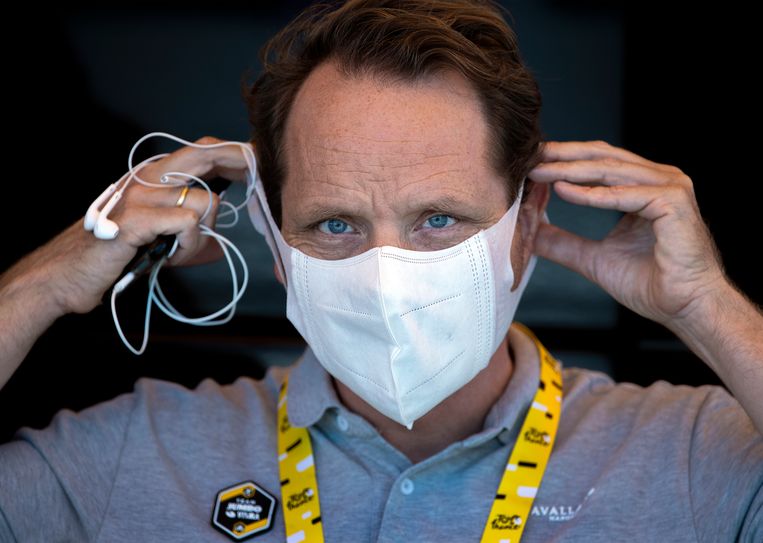 Few teams have had as much setback in the 2021 Tour de France as the Dutch team Jumbo-Visma. Half of the eight started riders dropped out due to falls and illness, including the leader who had a chance of winning, Primoz Roglic.

Nevertheless, sports director Merijn Zeeman looks back on this Tour with pride. That’s not just because the team took four victories in a time trial and tough mountain stages and has Jonas Vingegaard on the podium in Paris completely unexpectedly next to winner Tadej Pogacar. “It’s also because the whole team has been able to turn the downward trend into something positive. Comparable to the Danish team at the European Championship.’

What is the agreement with the football players?

The Danes took a huge blow with Christian Eriksen’s heart attack and derived the strength to focus from that. We have also turned things around. Primoz drops out and a totally unknown rider appears, who is the best after Pogacar. That shows that we have built something that is structurally one of the best in the world.’

What does the sudden emergence of that unknown rider, Jonas Vingegaard, say about your structure?

‘When Jonas came to us he didn’t know anything, zero. Nothing about training, nothing about nutrition: he was a blank slate. If he hadn’t entered a professional structure, you would never have heard of him again. He also says himself: I was not good at all with the promises, I just gave up. Because he kept getting a little bit better, he started to think: maybe I can do something with this. I hear from other teams, who also did not know him before this Tour, that they admire that we have found Jonas, have trained him and now let him reach this level.’

While the squad has halved during the Tour.

“That the men who are still there reach such a high level, that the dynamics in the group remain the same, that they go through fire for each other and at the same time remain ambitious and driven: that tells me that we did well this Tour.” . We will maintain this line in the coming years and then there will come a time when everything will come together and we will also take the yellow jersey home.’

For that you bet on the Dane Vingegaard or the Norwegian Tobias Foss. Does your main sponsor, supermarket chain Jumbo, not want a Dutch round winner?

Not even Tom Dumoulin?

‘Yeah, but that was a long time ago, wasn’t it. Tom has been very clear in what he wants. He’s at a different stage in his career, he’s not about winning Grand Tours. He’s working on Tokyo and then he takes stock for himself: OK, what do I still want in cycling and how do I want to achieve that?

“If he still wants all those sacrifices and wants to go for a big round, then we are the best team for that. Tom has said that often enough himself, and then we go for it. Only, we have also learned with Tom in the past year that we first have to talk about this very calmly. Also because there is no pressure from the sponsor on which nationality we put forward.’

A Dutch rider who has been with you for a long time and who finished twelfth in the Giro this year is Koen Bouwman. Is there not a racer in him?

“Koen is not going to win a big round or finish on the podium, but he does have what it takes to be there in the Tour de France when there are ten or fifteen men left in the mountains to assist Jonas or Primoz. To do that, you have to be really good already. Today’s Dutch cyclists, Dumoulin, Steven Kruijswijk, Bauke Mollema and Wilco Kelderman are all 30 years and older. There is no potential Grand Tour winner in the group below.’

“He’s very clear that he doesn’t want that. I think Mathieu is a champion for Dutch cycling, but a Grand Tour is not his ambition. He is a Lionel Messi: a great talent that is born once every few years. What we do is find riders who do need that guidance and who have to work with professionals, so that we can take them to a higher level. Like Jonas Vingegaard.’

And he is not Dutch.

‘I am Dutch and I also like it when the Dutch do well. But if you have the ambition to build an absolute top team and then you are limited to nationality instead of quality, then you cannot build a top team. If you put a Dutch rider on top of that, because the Dutch fans then find us more fun: that doesn’t make it any better. Then the rest will also settle for less.’

So the wait is for a Dutchman who comes up á la Vingegaard?

‘We are not going to pluck away Dutch people everywhere because they are Dutch. In recent years, the major problem in the Netherlands has been that talents were not identified or were not professionally supervised. Now we are encouraging children with CyclingClass NL to ride a bicycle and with proven talent we will guide them professionally in our development team. I sincerely hope that this will include the new Dutchman who will soon be competing with the best in the world. That is something that takes some time, but I am 100 percent convinced that it will lead to success.’

Then you are talking about at least ten years. Do your sponsors have that much patience?

‘That long breath is often difficult in cycling, because it usually concerns sponsor contracts for two years. Fortunately, we have sponsors such as Jumbo, Visma and Pon: they are there for an indefinite period of time.’