Sean Connery has passed away at the age of ninety and leaves a deep impression on many. Partly because the James Bond actor has caused a lot in terms of negotiating actors in the film industry, say director Ate de Jong and film journalist René Mioch.

“He went against that very much by having that accounting completely checked. He demanded that he also get a share of the profits from the films. Because they couldn’t do without him, he had a position that he could do this.”

Film journalist René Mioch agrees. “That was very unusual at the time. Every time he said he would not be in the next James Bond movie again, after which a salary increase was offered. I think he was a real example in this and that. actors like Harrison Ford and Bruce Willis have learned a lot from this. “

De Jong has met Connery a few times at parties in Hollywood. “He was a very jovial man who liked to joke.” According to De Jong, he honored his Scottish accent. “While he could speak English quite nicely, he really didn’t.”

A party in particular has always stayed with De Jong. “That was a party of Carrie Fisher, Princess Leia in Star Wars and a friend of mine for being in my movie Drop Dead Fred played. There were almost only celebrities at that party, only the Mexican maids and I had not won an Oscar, “said the director.

“While we were eating in the garden, Michael Jackson arrived. He was such a superstar that he could not join us, but sat separately in the conservatory. His bodyguard went to Sean and whispered that Michael would like ‘James Bond’ “Wanted to talk. Okay, Connery nodded. Except he took his plate of food with him, because he didn’t leave a free meal for anyone.”

According to the director Connery is the example of how you can achieve a lot from nothing. “He came from a working class family, nothing artistic, and yet he has grown so big. He is remembered for his sex appeal, his raw way of acting and above all the fact that he believed in himself.”

Sean Connery in East Berlin in 1973 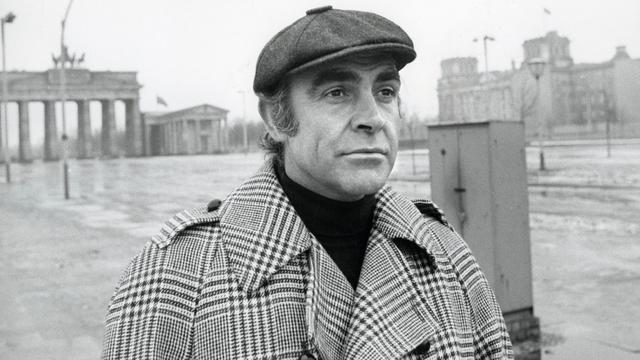 ‘Connery could be stubborn’

Although de Jong has never worked with Connery, he tells how “stubborn” the James Bond actor could be at times. “He sued almost every production because he felt he was not being paid enough or was not being treated well.”

In Mioch’s eyes, Connery was a very modest man with no star allure. “He is the James Bond for a lot of people, but he has also played in many other films. He has shown all his life that he is more than just James Bond.”

According to Mioch, Connery often chose roles that were completely different from his role as James Bond. “I think he did that on purpose. As soon as you saw him in a different role, you immediately forgot about James Bond. He did that very well.”