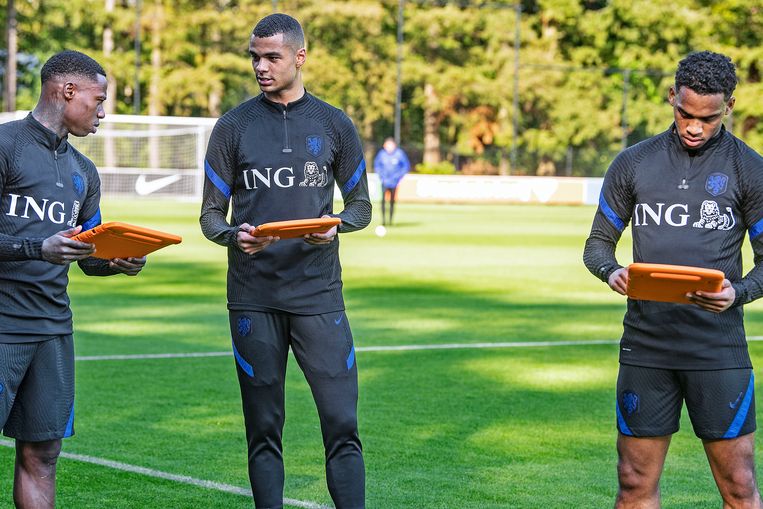 ‘The more you learn, the more you realize what you don’t know yet.’ Sander IJtsma is especially modest and nuanced when he talks about the rise of data in football. Remarkable, because he was one of the first to write blogs (from 2010) about football on the basis of figures.

IJtsma, a surgeon in daily life, expanded his hobby project as more people became interested in analytical information about football. On Twitter, where he gained a large following (65 thousand) under the name 11on11, he has been posting useful data visualisations since 2014.

so-called pass maps show in an understandable overview field where and how the ball possession of teams is progressing in a match. In particular, his overviews with expected goals, a metric that makes a team’s opportunity quality measurable on the basis of historical data, are in great demand.

IJtsma runs a consultancy company in the field of football scouting. Major European clubs are not only curious about his data, but actually use the insights that can be gained from it.

Although IJtsma mainly preaches ‘common sense’ as the main driver behind the renewed insights within top football, he admits that the game has changed considerably since the arrival of data: ‘Due to the rise ofxpected goals the shot volume has decreased and the quality of chances has actually increased.’ Translation: less shots, but better.

Although fewer goal attempts are made, they are more likely to occur because they are closer to the target. The average number of shots from outside the penalty area has been falling for years, while the average distance to the goal of a typical goal attempt is getting shorter and shorter. Teams shoot smarter.

During the European Championship, it will therefore have to wait for goals from distance. As tight as Memphis Depay’s kick of 30 meters is, it is wiser to combine deep into the 16-meter area, looking for an easier shot.

‘The decrease in the amount of far, high crosses from the side is another part of the game that has changed based on data insights,’ says IJtsma. “You now see teams combine further on the wing, instead of immediately hurling the ball high in front of the goal, because a low cross from the side of the penalty area provides more and easier scoring opportunities.”

Michiel Jongsma, who works as ‘Team Lead Data Insights’ at statistics agency Opta Sports, argues that data also has a major influence on tactical choices: ‘Insights from figures have mainly made teams think about which zones on the field they want to reach with the ball, and what it yields. How important is possession of the ball to a team? Figures can make it measurable whether a team needs the ball a lot at all to perform optimally. That answer differs per team. In this way, data even form the tactical identity of a team.’

Jongsma gives a practical example: ‘If an opponent has a left central defender whose figures show that he is great with the ball at his foot, while the data from the left back tells that he is vulnerable in the passing, then the opponent will choose to force the build-up of that team via the left back.’

Even in dead game moments, data can help with strategy. Many fans complain when the Dutch team takes a corner kick short, instead of turning the ball into the sixteen-meter area. Why not all at once? “The fact that a man-more situation in the corner of the field provides more opportunities, makes teams more likely to choose the short option,” says IJtsma.

Data can not only show how proficient a player is, but also measure the intensity of the performance. While figures in the field of scouting and tactics can count on opposition from traditional camps, the clubs have embraced the usefulness of ‘physical data’ en masse. On the basis of GPS and heart rate data, it is possible to determine exactly to the second how many meters a player makes, how his condition is and how intensive the effort is.

According to Colin de Graaf, ‘head of performance’ at Heracles, data is also essential on a physical level when making the right tactical choices. ‘What are you aiming for as a team? Do you want to chase the opponent fiercely, or rather carefully wait for your chances? Data accurately reflects the intensity of the players’ efforts during the match. Everything is measurable, including the chosen playing style and its implementation.’

Knowledge about condition is especially important when analyzing the opponent. De Graaf: ‘Squads now know exactly when the opponent’s physical decline sets in. You can respond to that, for example by increasing the pressure yourself in that phase or by making a change in the playing style.’

At the European Championships, the correct division of forces is crucial for the result, says De Graaf. The ideal changeover moment in the final phase is therefore more than just a matter of fingerspitzengefühl for national coach Frank de Boer: hard numbers can help with the right choice at the right time.

The insights from figures are no longer just for the teams. The fans are also getting more and more data. Jongsma, who has been supplying statistics to the media from Opta since 2013, has seen the demand for figures rise sharply: ‘When we started supplying data to TV channel Fox Sports, it was still very basic. ‘This is the fifth defeat in the calendar year for Koemans Feyenoord’, that kind of work.’

He continues: ‘Back then it was a novelty, figures about football on television. Now all newspapers and TV programs receive data. It is no longer surprising when you hear on television talking about complex terms such as expected Goals.’

Jongsma has an explanation for why data acceptance has gone so fast: ‘Football is often a gut feeling. It’s a very subjective sport, with low scores and a lot of chance. Numbers, on the other hand, are hard and can serve as a factual basis for an opinion or observation. In that respect, data feeds the inquiring mind, which makes them very useful in journalism.’

You can fact-check figures, even in a chaotic sport like football, says Jongsma. “The fact that media and fans are increasingly using data to better understand things on the field encourages teams not to lag behind in this area.” And so football has also become a data affair.