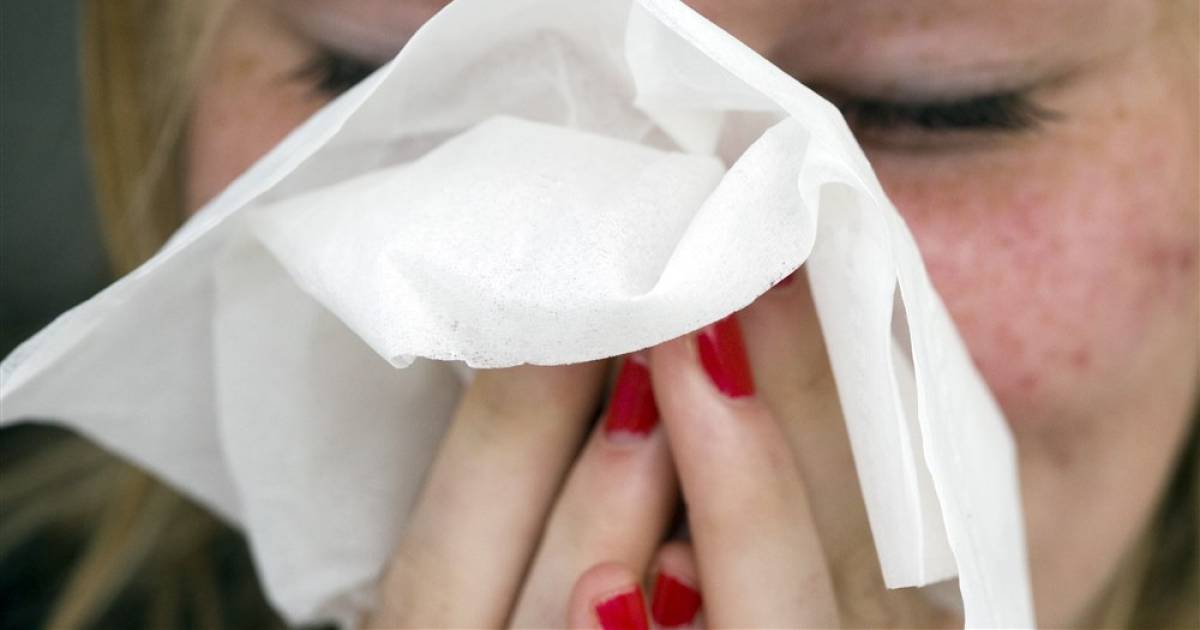 Almost all of the Netherlands was colored wine-red this afternoon, an indication of ‘a lot of pollen’ on the map of the Netherlands on pollennieuws. The situation was only better in the area west of the Zeeland- Uithuizen line. The purple color that indicates areas with extremely high pollen will spread over almost the entire country over the next few hours. Only Utrecht, North Holland and the three northern provinces remain wine-red. It only gets better from 11pm.

The improvement will last until 11 a.m. Thursday. As it gets warmer again, the amount of pollen in the air increases again.

Vlooswijk: ,,Hay fever patients suffer a lot from the pollen. The average complaint score yesterday was 7.9 on a scale of ten.

The first peak of this season, which started on May 1. The complaint counter for today is currently at 7.8. The owner and publisher of pollennieuws expects little change for the time being. “As long as it remains dry and the humidity does not drop at night, the peak will continue and that is, as far as I can say now, at least another three or four days.”

The peak, which started on June 6, is caused by the fact that the grasses in the Netherlands have started to flower en masse. “After the wet period in May, they started to grow enormously under the influence of the warm temperatures. On June 1, we had a first peak with a complaint score of 7.1. This was followed by a decrease until June 5 and since then the line has risen sharply,” continues the pollen expert.

According to him, pollen pressure is measured on the basis of a number of factors, including temperature, humidity and wind. The calculation uses data from weather stations and rainfall radar. The pollen pressure normally changes at sunrise and sunset.

The flowering grasses may have the first peak of the season to their name, the alder and birch peaked this spring but did not cause as many complaints and those peaks were therefore less high than those of the grasses.

Watch our trending news videos in the playlist below: