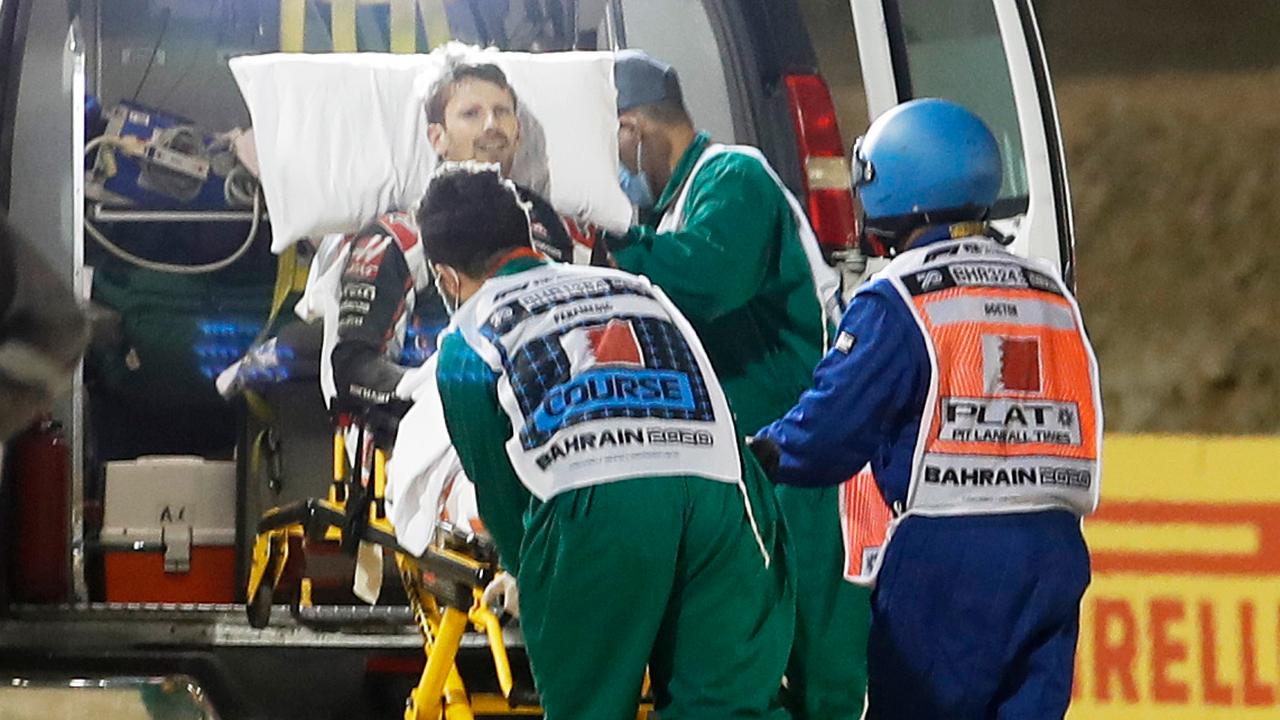 Romain Grosjean will spend the night from Sunday to Monday in the hospital. The French driver van Haas was not left with any fractures from the heavy crash in the Bahrain Grand Prix.

Grosjean, 34, has burns on both hands from the horrifying crash, for which he will be treated in hospital.

The driver was trapped in the burning wreckage for about twenty seconds before he could jump out himself. Marshals were immediately at the scene of the accident to extinguish the blaze.

A few minutes later, the French driver, supported by two escorts, walked to an ambulance himself and was taken to the medical center on the circuit. From there he went to the hospital by helicopter.

Race resumed after more than an hour

The crash occurred shortly after take-off; Grosjean steered to the right and hit the front wheel of AlphaTauri driver Daniil Kvyat with his rear wheel, after which he shot hard into the crash barrier.

The race was immediately stopped and all other cars drove to the pit lane. More than an hour and a quarter after the original start, the Grand Prix was resumed. Lewis Hamilton took the victory, ahead of Max Verstappen and Alexander Albon.

For the users of the app: tap the tweet for a video of the crash.

For app users, tap the tweet to watch Grosjean escape the flames.