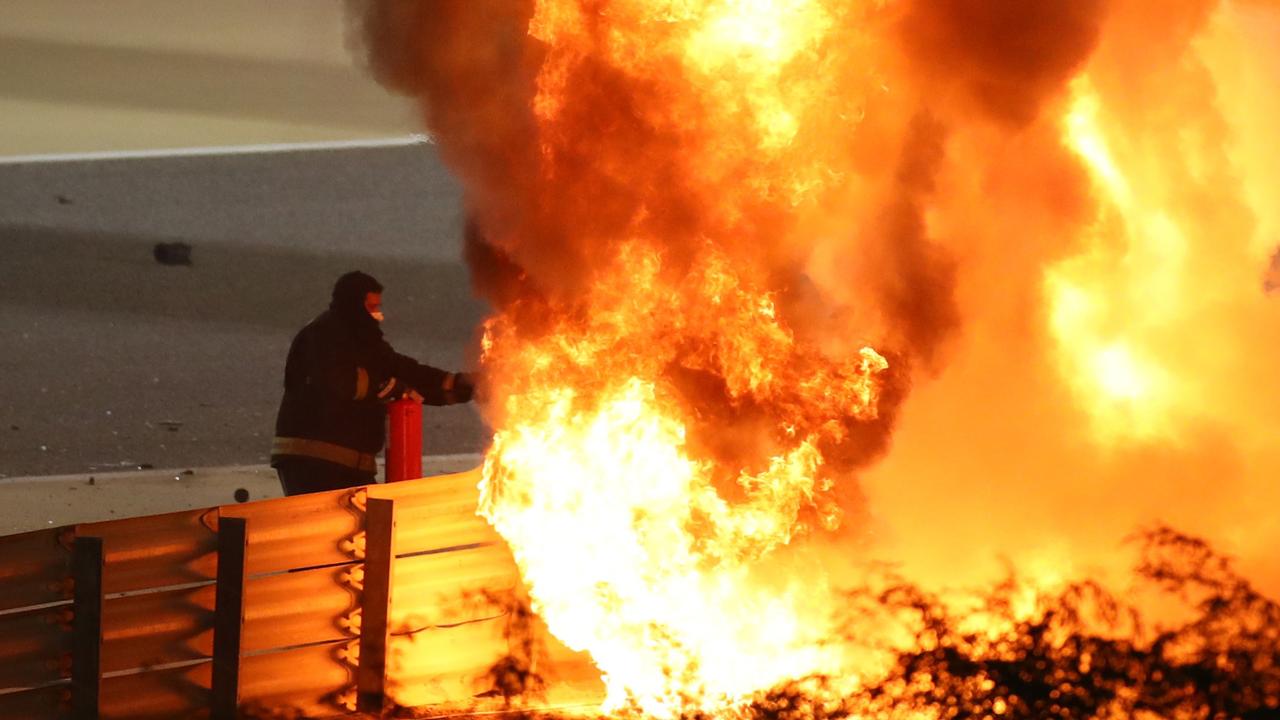 Romain Grosjean responded extensively for the first time on Tuesday to his terrible crash in Formula 1 on Sunday. The driver of Haas F1 is happy that he is still alive.

In the first lap of the race in Bahrain, Grosjean shot off the track at high speed after a touché with Daniil Kvyat. His car pierced the guardrail and went up in flames.

The 34-year-old Frenchman managed to climb out of his car after 28 seconds and escape the sea of ​​flames. “I don’t know if the word ‘miracle’ applies in this case, but I can at least say that it was not my time to die yet,” Grosjean told the French television channel from the hospital. TF1.

“It felt a lot longer than 28 seconds. I saw my visor turn all orange and saw flames on the left side of the car. There was a lot going through my head and I thought of Niki Lauda (the Formula 1 legend who got mangled in 1976 in a fire after a crash, ed.). I didn’t want to end my career like that. “

Grosjean was also thinking about his kids (“My five-year-old son now thinks I have super powers.”) The moment he saw the flames. Then I told myself to get out of the car anyway. I reached out of the car and felt them burn in the fire. I climbed out and felt someone pulling me out of the conflagration. I knew I was safe. was “, he says.

‘You don’t even see this in Hollywood’

With only two burnt hands, Grosjean got off mercifully. The Frenchman will probably be in hospital in Bahrain until Wednesday and then continues to work on his recovery, also on a mental level.

“I was more afraid of my family, friends and children in the end than myself. I think I need some psychological help, because I have faced death. Even in Hollywood you don’t see such images. the worst crash I’ve ever seen. “

It is not yet known whether Grosjean will drive the closing race of the Formula 1 season in Abu Dhabi next Sunday, although he wants to. It would be his last Grand Prix in the service of Haas, where he has to leave after this season.

“I feel happy that I am still alive and I see things in perspective, but I would also like to race again, preferably in Abu Dhabi,” said the Frenchman. “I want my Formula 1 career to end in a different way. When I jumped out of the flames it was almost like being born again.”

Grosjean will in any case miss the Sakhir Grand Prix next Sunday, which will also be held in Bahrain. His replacement is debutant Pietro Fittipaldi, the grandson of two-time Formula 1 champion Emerson Fittipaldi.