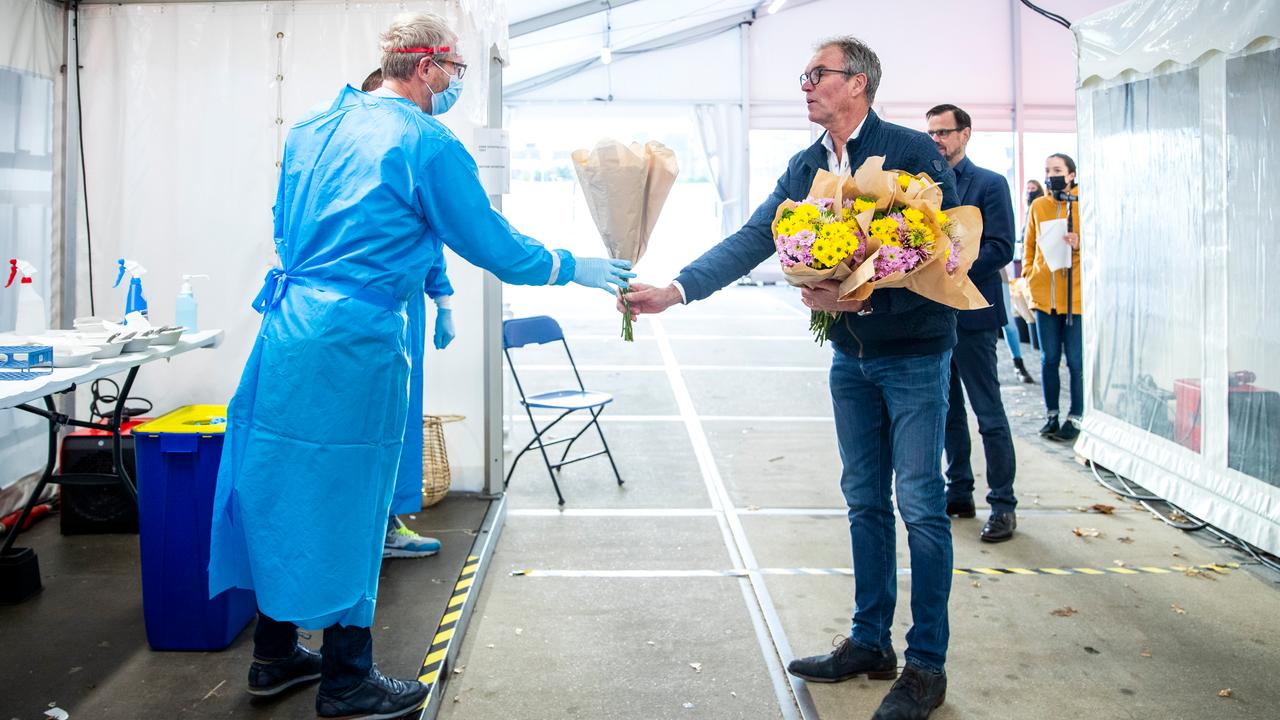 Several thousand Dutch test street employees receive a bunch of flowers. The gift comes from the Chryson Foundation, the collective of Dutch chrysanthemum growers and breeders. The organization thanks them for their efforts during the corona crisis. More than 3,400 bouquets are bound for delivery to corona testers nationwide.

Tens of thousands of palm trees planted in Iraqi desert

Planting of 80,000 palm trees has begun in the Iraqi city of Basra. Decades of war and the high salinity of the water have killed many trees. With the project, Iraq hopes to rebuild the once thriving date industry.

Cinemas, theaters and museums may reopen their doors on Thursday, the day after the current package of measures expires. Prime Minister Mark Rutte reported this during his press conference on Friday.

Cabinet gives permission for tests with fans in stadiums

People will soon be welcome again in football stadiums. The cabinet has given the football association KNVB permission for a trial in which fans sit within 1.5 meters of each other in the stands. It is not yet clear when the test can start. A maximum of 1,500 fans are welcome during the tests, who are tested for the corona virus in advance and are divided over various ‘bubbles’.

Corona vaccine is likely to protect for at least a year

According to Marc Kaptein, medical director of the Dutch branch of pharmaceutical company Pfizer, the vaccine his company has developed will likely protect the carrier against the corona virus for at least one year. According to Kaptein, there is “finally light at the end of the tunnel” and the first Dutch population groups can probably be vaccinated at the beginning of 2021.

Adopting pets has remained popular since the outbreak of the coronavirus. Dogs and cats in particular find new owners much faster nowadays. “The shelters are now quite empty”, says the Animal Protection, which has 28 animal shelters affiliated with. Animals are also linked to a new owner more quickly via other adoption platforms.