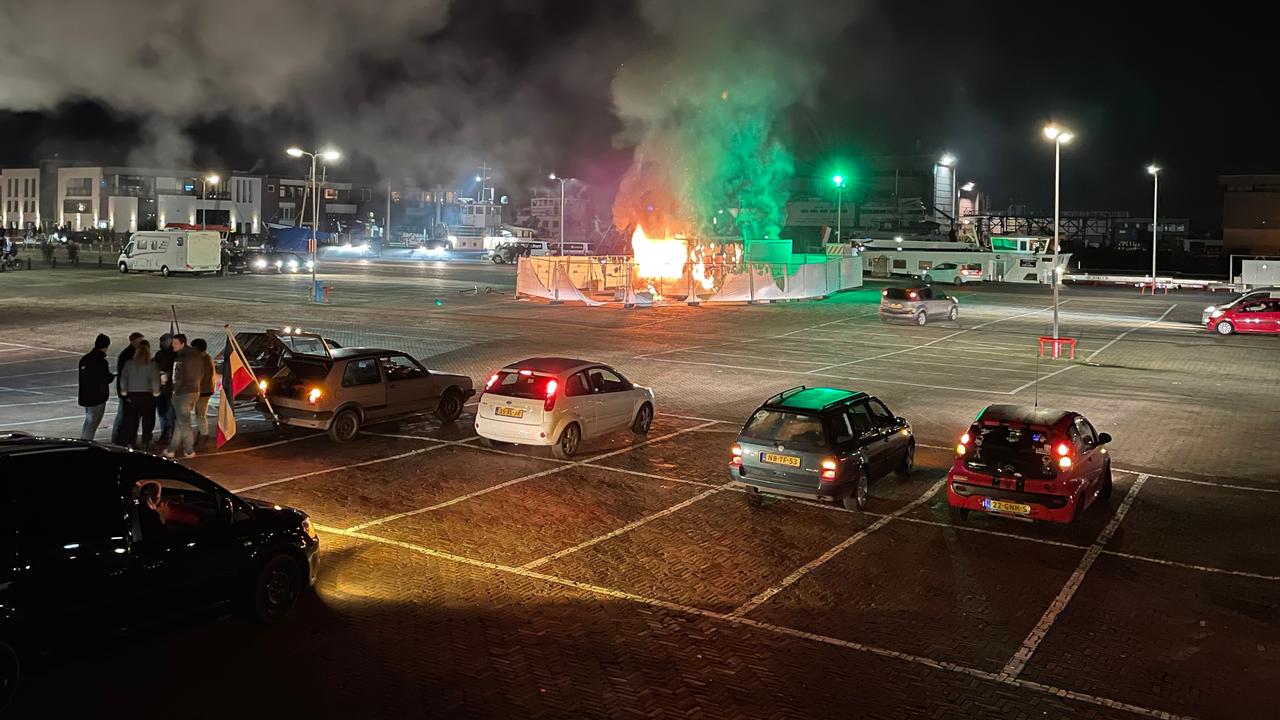 The fire in the corona test street in Urk on Saturday evening is a “big blow in our face” for GGD Flevoland. Cees Verdam, director of public health at GGD Flevoland, says on Sunday that it is being investigated how testing for the corona virus can be resumed as soon as possible.

The test street at the harbor site was set on fire on Saturday evening. Dozens of people took to the streets in Urk to protest against the curfew, which was used for the first time in the fight against the corona virus on Saturday.

“Obviously, this will not give us cold clothes, as GGD we work very hard to combat corona. All our people put their heart and soul into this, and then this is quite a slap in our face,” says Verdam .

“It is now a matter for the police and we let them do its job. What we have to do is see how we can resume the corona tests in Urk as soon as possible, because that is our task.”

Due to the unrest, the municipality issued an emergency order. Two people have been arrested and dozens have been fined for non-compliance with curfews. Mayor Cees van den Bos van Urk says he is ashamed of what has happened.

It was also restless in other cities last night. In Stein, Limburg, about a hundred young people sought confrontation with the police. In Rotterdam, fifty people were fined for demonstrating against the curfew and other corona measures. In Amersfoort, a small-scale protest action took place by action group Virus Truth.