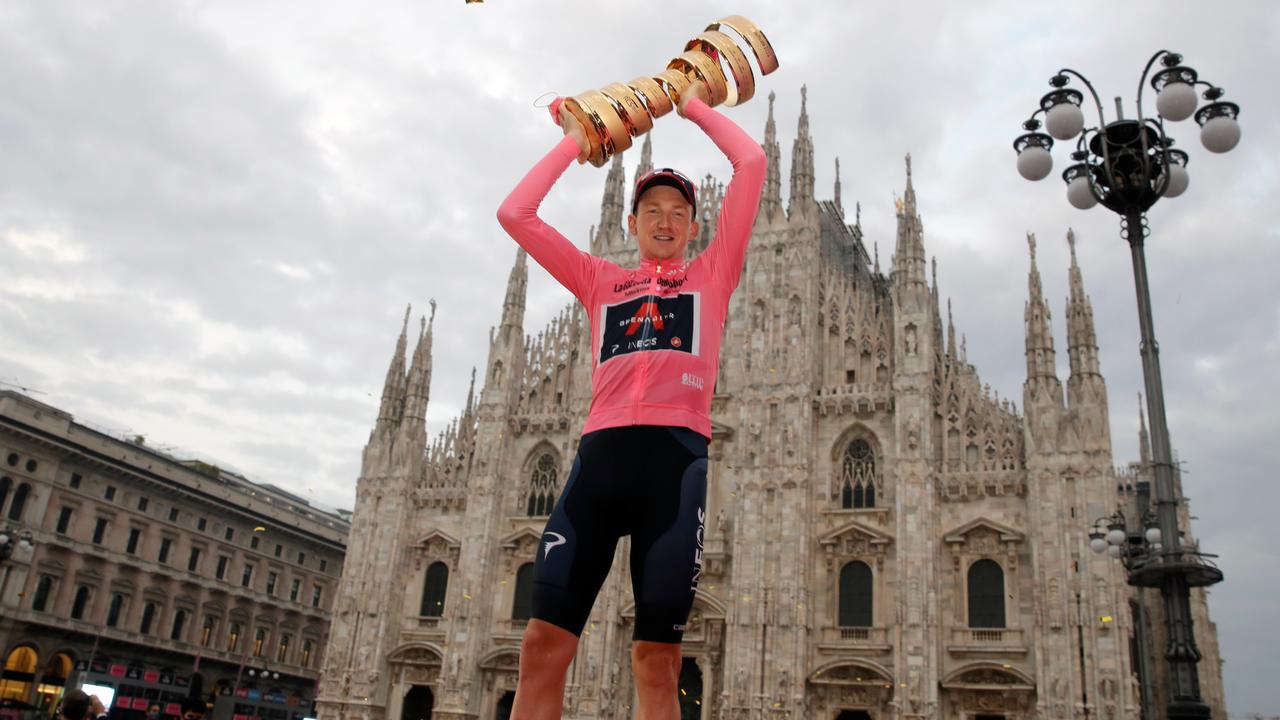 Tao Geoghegan Hart won the Giro d’Italia on Sunday. The 25-year-old Briton rode out of the pink leader’s jersey in the closing time trial Jai Hindley. Wilco Kelderman retained third place and is on the podium of a grand tour for the first time in his career.

Geoghegan Hart and Hindley started the final day at exactly the same time in the standings, the first time in a grand tour. Geoghegan Hart was 39 seconds faster than Hindley in the flat time trial of 15.7 kilometers from Cernusco to the center of Milan and is the second Briton to call himself Giro winner after Chris Froome (2018).

Kelderman had to make up for more than a minute and a half on Geoghegan Hart and teammate Hindley on Sunday, and as expected that was an impossible task. The 29-year-old Dutchman kept João Almeida (fourth) and Pello Bilbao (fifth) behind in the standings with a good time trial, so he remained third.

Filippo Ganna completed the success for INEOS Grenadiers by winning the final stage. The Italian also won the other two time trials this Giro and is now unbeaten for six chrono races in a row. The 24-year-old world champion, who was also the best in a mountain stage in the first Giro week, gave his team the seventh stage victory of the Tour of Italy.

Ganna was in a class of its own with a time of 17 minutes and 16 seconds. The Belgian Victor Campenaerts finished second in no less than 32 seconds, Rohan Dennis was third, also on 32 counts. Kelderman clocked the eleventh time (+55 seconds) and Geoghegan Hart (+58 seconds) was thirteenth. Hindley (+1.37 minutes) got no further than 38th place.

Geoghegan Hart started as a servant at Giro

Geoghegan Hart started the Giro as a servant for INEOS Grenadiers leader Geraint Thomas. The former Tour winner, however, soon dropped out due to a crash.

After the fourteenth stage, a time trial of 34 kilometers, Geoghegan Hart was still almost four minutes from the pink, but a day later he started catching up with a victory in a mountain stage to Piancavallo. In the last two mountain stages, the Briton was the best climber together with Hindley and finished it in the time trial on the final day.

The young climber rode his second Giro and his fourth grand tour. The twentieth place in last year’s Vuelta a España was his best result until this season. Until this Giro, he only had two stage victories in last year’s Tour of the Alps on his honors list.

Kelderman captured the pink jersey on Thursday, but he lost the lead to Hindley on Saturday. He is the eleventh Dutchman ever on the podium of a grand tour and only the third Dutchman to be among the best three in the Giro.