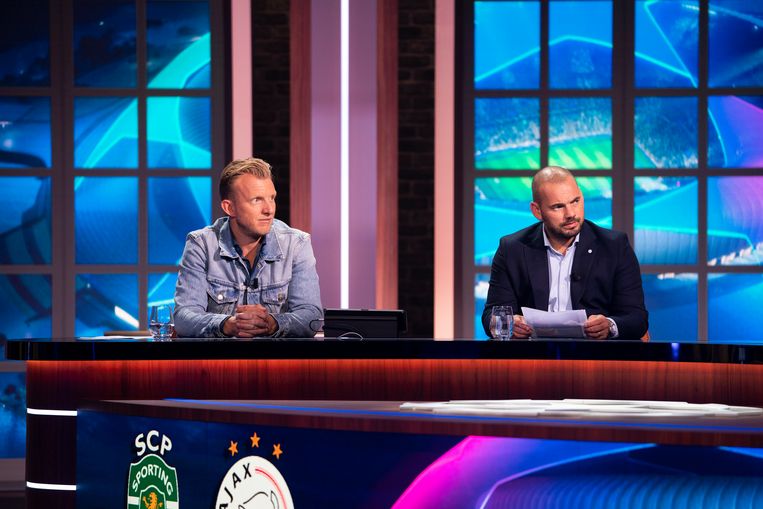 Much more education needs to be given to professional footballers and youth players about the dangers of gambling. That is the argument of the players’ union VVCS. There are many gambling addicts among football players in the Netherlands and, according to the union, there are more and more.

“You used to have to go to the casino to gamble. That was a threshold, because then you gamble in public. Now you can easily gamble anonymously on your mobile. That makes it more accessible and more dangerous,” said Yevgeny Levchenko, former player and chairman of the VVCS.

Gambling can lead to significant debt and make players vulnerable to blackmail. It works in-hand match fixing, where players manipulate their own matches to help gamblers win money. The VVCS has launched an app with the international players’ union FIFPro that should make it easier for football players to report manipulation. “But gambling is a broader problem than just match fixing,” says Levchenko.

Gambling does not have a negative connotation in the professional football locker room, on the contrary: it is openly discussed. Professional football players earn a relatively large amount of money at a young age, but many also spend it easily. They have a lot of free time, boredom is lurking, especially if their progress stalls. Sometimes they don’t want to be inferior to other teammates.

Gambling gives a kick, said Sparta player Bart Vriends, who gambled briefly as a young player, in the podcast The Cor Potcast. “If you don’t play or are injured, you miss the thrill. Then gambling is a way to recover that, also because alcohol and drugs are not options for a professional football player.’

British research found that one in six British athletes gamble more money than he or she can afford. Levchenko, who was a professional player in the Netherlands until 2011: ‘In my time I had teammates who already ran out of money on the 10th or 11th of the month. There was something compulsive about it. ‘I must just gambling,” they said. Hardly anyone is talking about it.’

Gambling is ubiquitous in football. Even in the Netherlands, where, until next spring, foreign betting offices will not be licensed. Popular former football pros such as Wesley Sneijder, Andy van der Meijde and Royston Drenthe appear in advertisements from betting office Toto, sleeve sponsor of various premier league clubs, which are mainly broadcast around football matches. Holland Casino was a sponsor of the Eredivisie for a long time. ‘A bad signal’, says Levchenko.

In addition to match fixing, gambling can also subconsciously affect matches. “In their minds, gambling addicts are more concerned with gambling than with the game during training and matches,” addiction therapist Ronny Willemen told the Belgian magazine. Sports magazine. He mentored several pros with gambling problems.

Gambling occurs at every level. Well-paid pros have entire poker rooms built in their villas. In Ibiza they gamble in private clubs. Young players take out ‘a little bet’ on their phones in the dressing room, sometimes just before the game.

Last weekend it was announced that former professional Dirk Kuijt (Feyenoord, Liverpool) gambled with large amounts on an illegal site. Levchenko: ‘That is bizarre and telling, that even such a great figure falls for it. For players who have retired, it can be a new outlet, a way to feel tension again. Anyway, Kuijt can suffer. He’s earned enough.’

But it can be tough. The top earners often bet the most, because then the yield is greatest, and thus experience maximum tension. The recently retired England 120-time international Wayne Rooney spoke of boredom around international matches as a trigger for a short-lived gambling addiction. ‘You spend about seven to ten days in a hotel and have nothing to do. It’s easy to gamble on your phone. It didn’t feel like you’re betting real money.’

Rooney ran into debt in his attempt to make up for lost bets. “You’re there to play for your country, and then when you lose money like I did, it affects you.” Certainly in England there is a real gambling culture. When Rooney went to Derby County in his twilight years, it was funded by betting provider 32Red. In return, Rooney had to wear jersey number 32.

The 26-year-old Dutch footballer Kenji Gorré is one of the few active professionals who does speak openly about his gambling addiction. “I finished training at 2am and thought: what now?” he says on his Instagram account about when he was a promising talent at Manchester United. ‘People say: you have to rest. But I was bored. That’s why I went to the casino right after the training. And not two days a week, but every day. In my head I made up stories to justify it: that caused distraction. But I lost not only money, but also people around me. My relationship. And things that meant a lot to me.’

The breakthrough at Manchester United failed to materialize, as so many young highly acclaimed players ultimately fail. ‘I no longer had a purpose. And a lot of free time. You end up in a negative spiral. Luckily I finally woke up.’

Gorre started On the Ball, a platform where football players can have open and honest conversations with each other. He now plays football for Boavista, which plays at the highest level in Portugal. Officially, the name of that league is the Liga BWin, due to a sponsorship deal with one of the largest betting offices in the world.