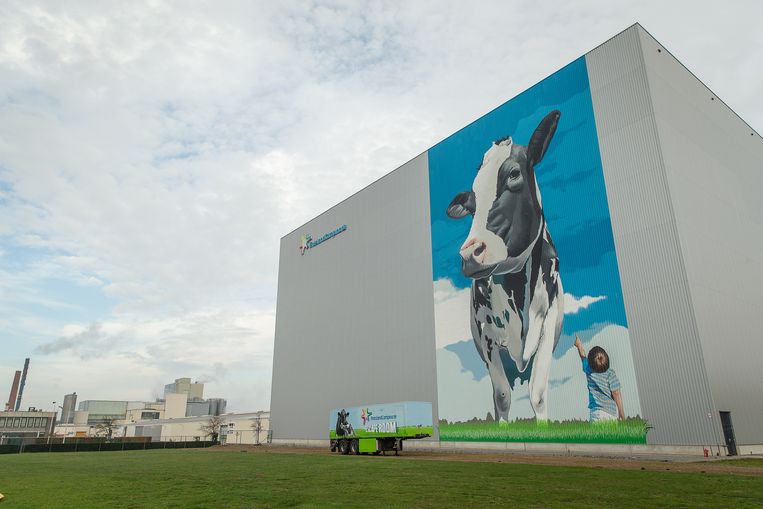 It is the result of the disappointing annual figures, which the group presented on Tuesday. This shows again how dependent Dutch dairy farming is on exports.

The corona-closed border between China and Hong Kong, the route for Dutch baby milk powder in particular, depressed a large part of the cooperative’s profit in 2020. In Nigeria, where FrieslandCampina has a very dominant position in the market for milk powder products, the group felt the consequences of the economic problems in the African country.

The fact that this means that the company ‘has to forgo the cash supplementary payment, is personally difficult for me’, FrieslandCampina boss Hein Schumacher wrote in the annual report. He says he realizes that he is asking a lot from his owners, the member dairy farmers, but that he cannot do otherwise and must act now.

He also refers to the reorganization announced in corona time, in which about a thousand jobs will be lost, especially in the Netherlands, Belgium and Germany. Much of the costs for this restructuring have been deducted from last year’s profit – and thus at the expense of the back payment to farmers. According to Schumacher, these are feathers that must be left to make the company future-proof after the corona crisis.

On online farmer forums, many dairy farmers are concerned about the future of their cooperative. There they doubt whether the disappointing figures are due to corona. They wonder whether the problems at FrieslandCampina are not of a structural nature.

Some have already switched to competitor A-ware. Others are eagerly looking at Arla, the comparable Danish cooperative that did better in 2020. FrieslandCampina’s supplementary payment decreased from 1.07 cents in 2019 to 0 in 2020, at Arla it rose by 0.75 cents to 1.75 for members. With an annual average of around 850,000 kilos of milk per farmer, this is a welcome addition to the already low milk price due to corona.

Because FrieslandCampina usually pays a relatively high guaranteed price to its farmers, the ultimate difference in kilo price with Arla last year was limited to more than 1 cent per kilo. 35.7 versus 36.9 cents per kilo. In recent years, FrieslandCampina has structurally paid more than Arla.

Arla, just like FrieslandCampina in the top 10 of the largest dairy companies in the world, sells a lot through retail and benefited last year from the rising consumer sales through supermarkets. FrieslandCampina did this too, but with a strong position in restaurant products ran into problems when the catering industry closed in many countries. Its disappearance was a blow on top of the sales problems in China and Africa.

Dairy farmer Ard van Veen from Bodegraven puts the cooperative’s problems into perspective. ‘The basic milk price at FrieslandCampina was not even that bad last year, given the exceptional circumstances,’ he says. ‘On top of that, you hope for a nice supplementary payment, but that is quite disappointing’.

FrieslandCampina’s profit fell in the corona year 2020 by almost 72 percent to 79 million euros. Contributions to international participations must be removed from this, so that this amount cannot flow back to the farmers, a spokesman explains. He cannot say whether farmers always shared in the profits before the 2008 merger.

The annual figures are reason for the protest farmers of Farmers Defense Force to call on their own supporters to come by tractor to FrieslandCampina’s head office in Amersfoort on Wednesday morning. For what they call the ‘big clean’. With the mention that they will not leave without money *. The spokesperson for FrieslandCampina says in response to the call that members’ meetings are in progress on Wednesday and all members had already been invited in any case.

* Late Tuesday evening, the protest was canceled, because “there is no agreement among dairy farmers whether it should be demonstrated through Farmers Defense Force.”