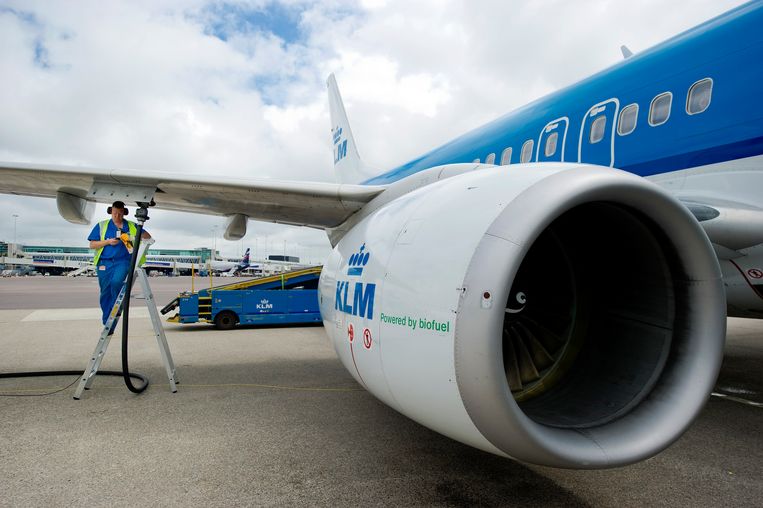 ‘A huge challenge.’ That is how Willie Walsh, president of IATA, describes the new climate goal that the international aviation organization has set itself at its annual meeting this week in Boston (US). The 10 billion travelers who will take the plane in 2050 will arrive at their destination ‘CO2 neutral’.

With the term ‘challenge’ Walsh does not say a word too much. If aviation grows to the size it dreams of in 2050, the sector will have to prevent or compensate for the emission of 1.8 gigatons of carbon dioxide in that year, for example by planting trees.

In fact, in order to achieve the new target, IATA members will have to ‘get rid of’ a total of 21.2 gigatons of this greenhouse gas alone in the next thirty years.

By comparison, in 2019, the year before the coronavirus hit, 4.5 billion travelers took the plane and caused 0.9 gigatons of CO2 emissions.

Perhaps humanity should want to follow in Icarus’ footsteps a little less. But flying less is swearing at Willie Walsh’s church. The IATA CEO was already struggling to keep his Chinese members on board in Boston. Their country also strives for a CO2-neutral existence, but wants to take ten years longer for that.

In Boston, the IATA sold tightening climate targets as a great sacrifice. Because so far the lobby club has kept its promise from 2009 to halve CO2 emissions from aircraft at the 2005 level. That was 0.65 gigatons in that year.

According to the environmental movement, it is not so bad with that grand gesture by IATA. About 65 percent of airlines have long stated publicly that they want to go around the world CO2-neutral by 2050.

This is in line with the 130 countries that signed the Paris Climate Agreement in 2015. In that treaty, aviation was spared due to the cross-border nature of its activities. The sector is simply not a ‘country’ that can enforce compliance with the climate agreements within its borders.

There are a number of measures that aviation can take to reduce CO2 emissions, such as flying on engines that use electricity or hydrogen, capturing and storing the greenhouse gas, planting trees and flying more efficiently. The latter has to do with, among other things, the invisible national borders that now run through the airspace. In Boston, KLM CEO Pieter Elbers called on Europe to finally work on a common European airspace. ‘Bring it on, then we’ll save 10 percent CO2 in one fell swoop.’

But the biggest blow – 65 percent – ​​will be struck by the IATA members with more sustainable alternatives to the kerosene on which aircraft engines will continue to run for a while. There are two problems with that.

To start with, there is the huge amount of biofuel that aviation will need annually in 2050: 450 billion liters. The world has produced no more than 15 million liters in recent years, enough to keep the global fleet in the air for 20 minutes.

There is another concern. It is not only aviation that is eagerly looking for sustainable fuel: cars, trucks and ships also want to refuel in an environmentally friendly way. However, by 2050 there will not be enough biofuel in the Netherlands to keep all sectors satisfied, says the Netherlands Aerospace Center (NLR) in a recent study. There will not even be enough to get everyone on their way at Schiphol.

The companies that produce biodiesel from waste foresee that they can close if sources such as spent frying fat are used to fill Pieter Elbers’ airplane tanks. Producing jet fuel from waste is also more polluting than for cars and ships.

We must be careful not to throw the baby out with the bathwater, warns chairman Dickon Posnett of the Dutch Biodiesel from Waste Alliance (NBAA): ‘Making aviation more sustainable should not be at the expense of making road transport and shipping more sustainable.’