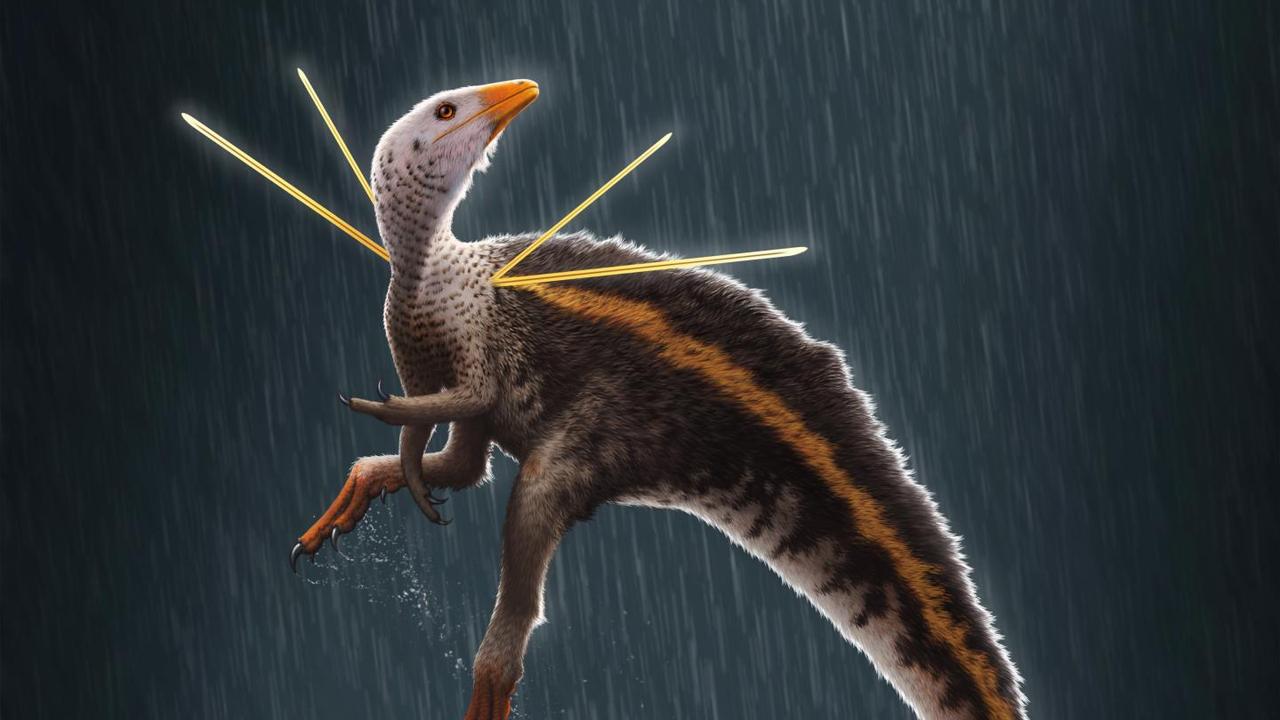 Paleontologists have discovered a “flamboyant” dinosaur with exterior decorations never seen before on dinosaurs, British, German and Mexican researchers write in the journal. Cretaceous Research. Four spines protrude from the shoulders of Ubirajara jubatus, the function of which is still unclear.

The Ubirajara jubatus lived about 110 million years ago in what is today Brazil. The animal was about the size of a chicken.

The protrusions are unique. In addition to the striking ‘antennae’, the animal also has a mane of long fur over its back, which has remained intact. The animal may have used this ‘flamboyant’ appearance to find a partner or, for example, to scare enemies.

This type of behavior is reminiscent of contemporary peacocks, whose males have striking plumage to impress females. The Ubiraja jubatus may be the answer to the question of where a peacock got its feathers from.

The researchers cannot determine with certainty the gender of the striking dinosaur. But looking at how modern-day male birds often have more striking external features than females, it is likely that the fossil found was a male.