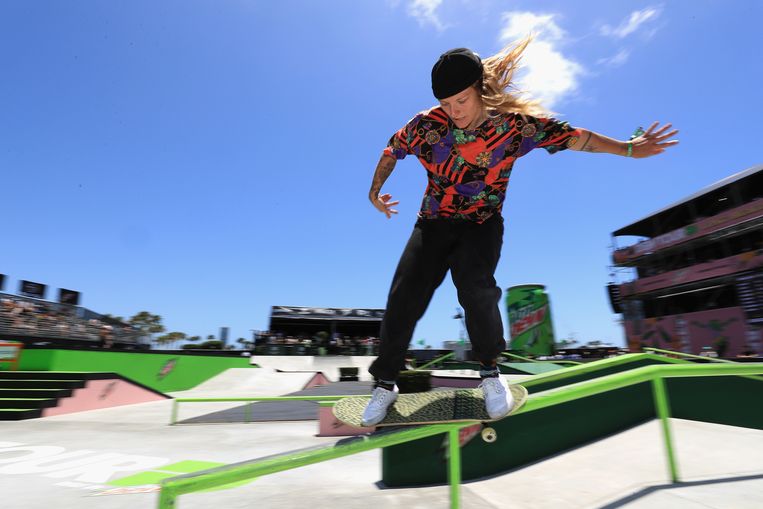 Jacobs was immediately placed in isolation for ten days and will not be able to come out at her discipline, St.

Previously, gymnastics reserve Naomi Visser and pole vaulter Rutger Koppelaar dropped out due to a covid infection before leaving for Japan. They should have joined the national team that trickles into a number of training camps in the central Tokyo village this week. Five days before the first Olympic turn, an athlete may enter the village.

With that freshly assembled Dutch team in the Japanese capital, the fear about the Jacobs incident was well underway on Wednesday. The Olympic Games, which were postponed last year, start in two days. It was soon established that Jacobs had not had ‘close contact’. Press spokesman John van Vliet, reassuringly: ‘Candy slept alone in one room.’

Jacobs would also not have lit her teammates, the 16-year-old flag bearer Keet Oldebeuving and Roos Zwetsloot, during close contact. “They wore face masks during the flight to Tokyo,” said Van Vliet. It was an eleven-hour flight from Amsterdam to the Japanese capital. The trio sat side by side in a row of seats near the much-visited toilet area in the Boeing 777. This can be seen as a risk due to the constant visits from people in dire need. Afterwards.

According to Van Vliet, who spoke on behalf of chief physician Peter Verstappen, the Jacobs infection could be ten days old. It could therefore be a ‘false positive’. Van Vliet says that according to the Playbooks, the guideline for behavior at the Games plagued by the pandemic, this does not matter. ‘Candy will be tested on Thursday. Even if that is negative, she must complete her ten days in quarantine.’

Jacobs, who was still elated on Instagram on Tuesday about the team spirit she felt in her so individual urban sport, was tested positive, after which the saliva sample was retested. Then, in accordance with the rules, a PCR test with throat and noseswap, the ‘stick test’, which was again positive.

“We have no idea where Candy contracted this infection,” said the TeamNL spokesperson. He said Jacobs had found her premature parting “terrible.” The sportswoman, who has been a professional on the board for five years, was transported to the special quarantine hotel that the Japanese organization has set up for infected Olympians. Van Vliet: ‘That hotel is outside the village. It is for her to stay in the room. Strict. Food is placed in front of the door. We can call her. Did she have any complaints? Not that we know. And just to be sure: Candy was vaccinated.’

Candy Jacobs from Tegelen was fourth twice at the X-Games, the Olympic Games for urban sports and daredevil sports. She is the current number five in the world and thought she could make it to the podium in Tokyo. Since the Olympic recognition of the sport, the Limburger has been able to live on it. She trained so much, including in the skateboard center of The Hague and her own track arranged by friends, that she threatened to become overtrained and the coach ordered her to take up an extra hobby. That was putting puzzles together, she explained in a YouTube video about the Dutch three-man Olympic skateboard team. In it she shouted to her followers: ‘Wash your hands and stay healthy.’

According to science, outdoor skateboarding would be a ‘low-risk sport’ in these pandemic times. In addition, British scientists estimate that these are sailing, equestrian sports and archery. On average, hockey, football and rugby are semi-contact outdoor sports. ‘High risk’ are boxing and wrestling. Indoor and full contact. Judo is also included in this.